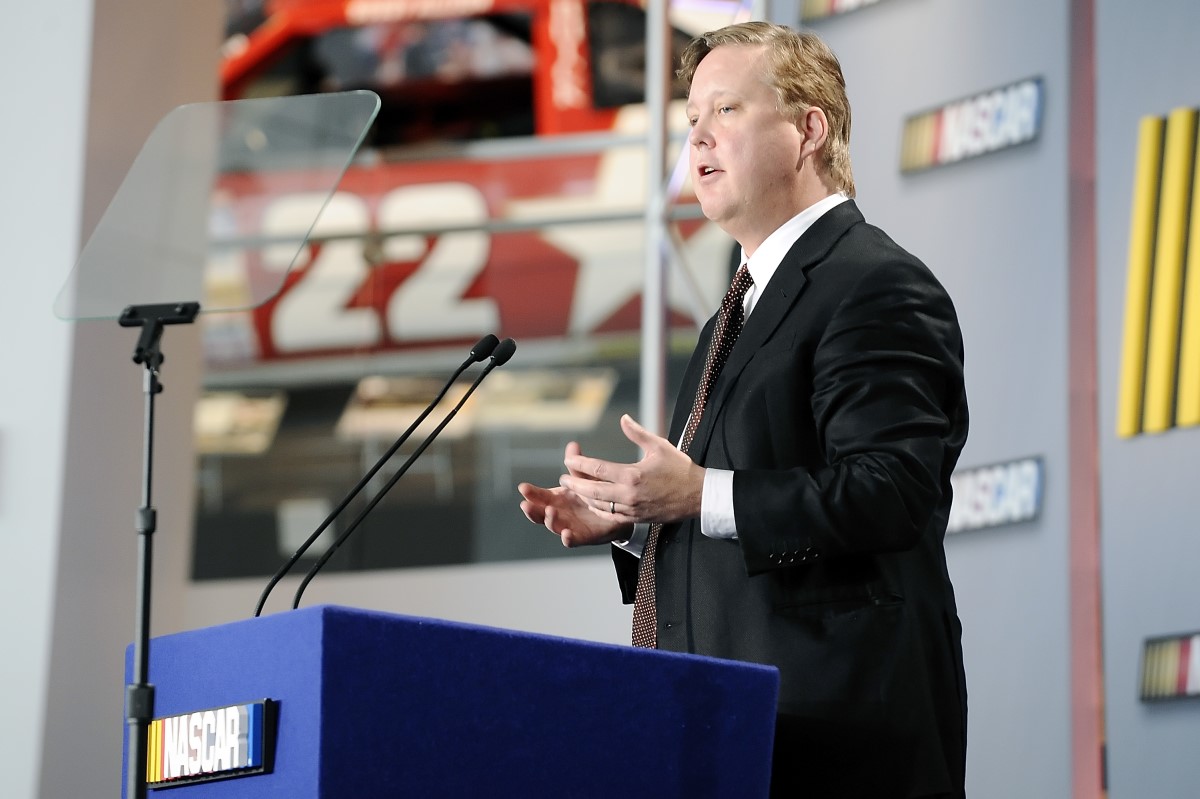 NASCAR and its stakeholders intend to build on the success of 2011 as the new season begins with the Feb. 26 Daytona 500 and other Speedweeks events at Daytona International Speedway.

In his State of NASCAR remarks delivered during the NASCAR Sprint Media Tour hosted by Charlotte Motor Speedway on Thursday, NASCAR Chairman and CEO Brian France said, “The sport is in a very good place and we’re going to work even harder to achieve the very best things for the sport of NASCAR well into the future."

France pointed to initiatives begun a year ago – a simplified points structure in all three national series and a “Wild Card" twist in the Chase for the NASCAR Sprint Cup that placed a greater emphasis on race victories – which culminated in what France called “a championship battle that will be talked about for decades to come."

While the 2012 season will be one of continuity rather than major change, NASCAR will introduce electronic fuel injection into the NASCAR Sprint Cup Series and implement rules designed to restore traditional “pack racing" at Daytona International Speedway and Talladega Superspeedway.

“We have had a breathtaking number of close finishes at those tracks, but the fans want a mixture of styles including a return to a more traditional ‘pack racing’ and that close side-by-side competition that’s unique to Talladega and Daytona," France said. “NASCAR and the teams are working hard on this and based on the test earlier this month, we’re encouraged that we’re making progress."

France also said the sanctioning body continues to operate on a more collaborative method of maintaining and growing the industry by taking into consideration the thoughts and needs of teams, tracks, media partners and especially its fans. “The goal of this effort is to help us better serve our great fans, grow our audience and ensure that our sport stays relevant, vibrant and highly-valuable to sponsors and other partners critical to the health of NASCAR," said France.

“The industry has never been more united in growing the sport."

France said the organization is “very encouraged" by increased television ratings across its three national series – NASCAR Sprint Cup, NASCAR Nationwide and NASCAR Camping World Truck Series. He also pointed to attendance gains at a number of venues. “While we are still in a tough economic climate that is still difficult, we are pleased with some positive steps we saw last year," he said.

France and Robin Pemberton, NASCAR’s vice president, competition and racing development, touched on how EFI and the introduction in 2013 of re-styled NASCAR Sprint Cup cars from Chevrolet, Dodge, Ford and Toyota will make the sport more relevant to manufacturers and technology companies.

“EFI excites the manufacturers and technology companies," said France, responding to questioning about NASCAR’s embrace of technology. “To attract new companies (to the sport), we’ve had to take a little different view of that."

Ford earlier this week unveiled its 2013 Fusion prototype with the other OEMs (original equipment manufacturers) to follow in the near future. A closed test of the cars is scheduled early next month with additional testing to follow before final specifications are drawn.

“This is certainly a milestone in our sport," said Pemberton. “We’ve worked very closely with the manufacturers on the new car and the four new models are simply outstanding.

“I think the fans are going to love them and it is going to be such a positive step in helping our race cars become more and more relevant with our fans past, present and future."

Daytona International Speedway President Joie Chitwood previewed next month’s 54th Annual Daytona 500 (Feb. 26 at 1 p.m. ET on FOX, MRN Radio, SiriusXM Satellite Radio). He and his staff are committed to building on the enthusiasm of the 2011 season – and last year’s race that made 20-year-old winner Trevor Bayne a household name.

“We kicked off the (2011) season with energy and enthusiasm and that’s our goal for this year," said Chitwood. “We want to produce that kind of event again."

Daytona’s season begins Saturday with the running of the 50th Annual Rolex 24. The twice-round-the-clock race, most of which can be seen live on SPEED beginning at 3:30 p.m. ET, kicks off the 2012 GRAND-AM Rolex Series campaign.

Thursday’s event at the NASCAR Hall of Fame also introduced the 2012 Drive for Diversity class which will compete in the NASCAR K&N Pro Series East and at selected NASCAR Whelen All-America Series tracks for Rev Racing.