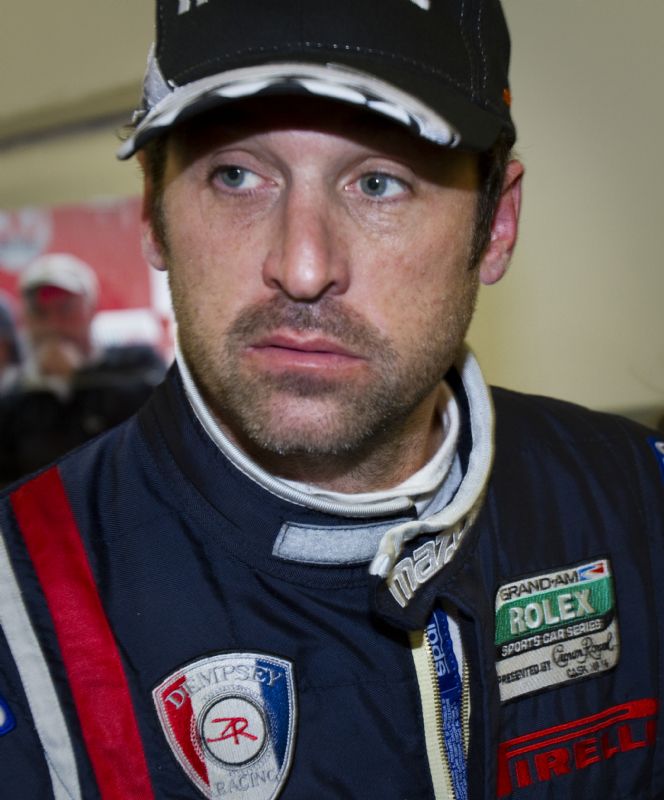 In less than a week, an event 50 years in the making is set to take place as the motorsports world celebrates the golden anniversary of one of the most famous endurance races in the world – the Rolex 24 At Daytona. The historic endurance race is set for January 28-29, 2012, at Daytona International Speedway, and the excitement surrounding the race has never been greater. From a display of championship winning cars, to the participation of famous drivers, along with new GT entries from Ferrari and Audi and five new Corvette DPs, all indications are that the Rolex 24 At Daytona will deliver a high octane start as the season opener to the 2012 Grand-Am Rolex Sports Car Series.

Earlier this month, the majority of teams that are entered in the twice-around-the-clock endurance race took the final opportunity to fine tune their vehicles during the “Roar Before the Rolex 24," the three-day test event held at Daytona International Speedway. Dominating the results page in the DP class were the new Corvettes, with one, the #10 SunTrust Corvette driven by 2005 Rolex 24 At Daytona Champion Max Angelelli, posting the fastest lap of the weekend – 126.712 mph. If results from the “Roar" are any indication, chances are a Corvette will be in the winner’s circle for the first time in 11 years – since its only trip to the Rolex 24 At Daytona winner’s circle in 2001. In the GT class, Ferrari, specifically the #3 Patron Tequila Ferrari 458 Italia Grand Am, had the fastest lap at 117.216 mph. Ferrari has won the Rolex 24 at Daytona five times, most recently in 1998, and the 458 Italia Grand-Am has been built specifically for the Grand-Am Rolex Sportscar Series.

Legends of the Sport
With a historic assemblage of championship winning cars, as well as the drivers who raced them into the history books, one of the highlights of the 50th anniversary of the Rolex 24 At Daytona will be the reunion of motorsports legends. Over 30 championship winning cars have been located and will participate in special events throughout the weekend: the Rolex 50 Years of Champions will be displayed at the Ocean Center on Thursday, January 26, as part of a charity gala to benefit the Halifax Health Foundation; at 9:00 a.m. on Friday, January 27, the cars will process from the Ocean Center to Daytona International Speedway where they will go on exhibit in a tent outside the track near the Sprint Tower. The exhibit will be open, free of charge, throughout the weekend, and fans will also be able to watch the cars parade the track prior to the start of the race on Saturday afternoon.

Among the notable field of drivers who will race the Rolex 24 At Daytona are several bona fide celebrities including American actor Patrick Dempsey, whose Dempsey Racing Team finished on the podium at the 2011 Rolex 24 At Daytona, AC/DC guitarist Brian Johnson (England) who is driving for Fifty Plus Racing, and television presenter Justin Bell (England), son of legendary driver Derek Bell, who will drive for Magnus Racing. Also generating buzz is Italian driver Emanuele Pirro, a five-time winner of Les 24 Heures du Mans, who returns to the Rolex 24 At Daytona 31 years after taking a class win in 1981.