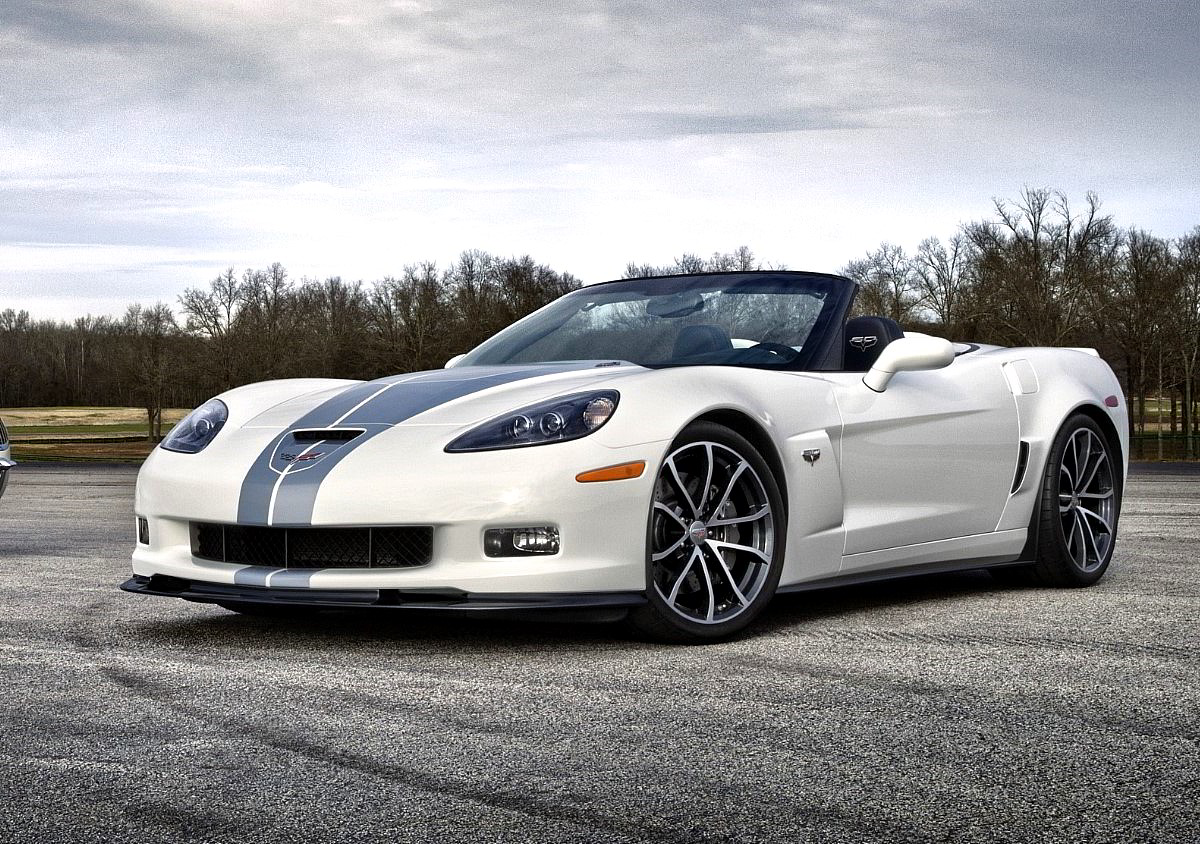 Chevrolet today unveiled the 2013 Corvette 427 Convertible Collector Edition – the fastest, most capable convertible in Corvette’s history – as well as a 60th Anniversary Package that will be available on all 2013 Corvette models.

“The 2013 model year will be historic for Corvette, marking its 60th Anniversary and the final year for the current ‘C6’ generation," said Chris Perry, vice president, Global Marketing and Strategy for Chevrolet. “We couldn’t think of a more fitting way to celebrate these milestones than bringing back one of the most-coveted combinations in the brand’s history – the Corvette convertible and a 427 cubic-inch engine."

The 60th Anniversary Package and 427 Convertible will make their public debut at the Barrett Jackson collector car auction in Scottsdale, Ariz., on Jan 21, and will arrive at U.S. Chevrolet dealers early this summer.

The Corvette 427 Convertible blends elements of the Z06 and ZR1 models to create the fastest and most-capable convertible in Corvette’s history.

The LS7 was co-developed with the Corvette Le Mans-winning GT1 engine and features lightweight titanium connecting rods and intake valves, as well as racing-inspired high-flow cylinder heads and a dry-sump oiling system. It is assembled by hand at GM’s Performance Build Center, where customers who purchase the 427 Convertible Collector Edition can purchase the Corvette Build Experience option and assemble the engine that will power their new car.

The combination of low mass and high output will make the 427 Convertible one of the fastest convertibles in the world, delivering estimated 0-60 performance of 3.8 seconds, quarter-mile performance of 11.8 seconds, lateral acceleration of 1.04 g and a top speed of more than 190 mph.

The 427 Convertible is available in 2LT, 3LT and 4LT trim levels and will carry a unique vehicle identification number sequence, similar to the Corvette ZR1.

All 2013 Corvette models, including the 427 Convertible, will be available with a 60th Anniversary Package, featuring an Arctic White exterior with a Blue Diamond leather-wrapped interior with suede accents. Convertible models will have a blue top.

For 2013, all Corvettes will feature 60th Anniversary badges on the fascias and the “waterfall" panel on convertible models, as well as 60th logos in the instrument panel gauge cluster and on the sill plates.

The first Corvette 427 Convertible offered to the public will go to the highest bidder at the Barrett-Jackson Scottsdale collector car auction, on Saturday, Jan. 21. Proceeds from the sale will benefit the Drive to End Hunger food relief program.

Chevrolet and Hendrick Motorsports are teaming up for the auction, including Hendrick team driver and four-time NASCAR Sprint Cup Champion Jeff Gordon. Team owner Rick Hendrick helped launch the Drive to End Hunger program with AARP and the AARP Foundation.

The Drive to End Hunger is part of a multi-year sponsorship for Gordon’s No. 24 Chevrolet. It calls on racing fans, corporations and charitable organizations to raise money, build awareness, and engage Americans who face the threat of hunger.

A legacy of 427-powered Corvettes

Early 427-powered Corvettes, particularly convertibles, offered from 1966 to 1969 are some of the most-coveted and collectable Corvettes ever produced.

The first 427-powered Corvette rolled off the assembly line for the 1966 model year. Two performance levels of the 427 were initially offered – an “L30" version rated at 390 horsepower and the “L72," which cranked out 425 horsepower. Both were rated at 460 lb-ft. of torque.

The range of 427 engines grew in 1967, with the addition of the “L71" and “L88" options. The L71 added a unique triple-carburetor induction system that helped boost output to 435 horsepower. Known to collectors as “427/435" cars, these ’67 models – especially the convertibles – are especially sought-after collector cars.

The “L88" delivered 430-horsepower (with a single four-barrel carburetor) thanks to racing-tuned aluminum heads. Intended for customers who would immediately transform their new Corvette into a race car, the L88 was installed in just 216 production Corvettes between 1967 and 1969.

In 1969, a special “L89" 427 engine combined the L71’s induction system with the L88’s aluminum heads, offering maximum horsepower with an approximately 100-pound weight advantage over the standard iron heads. Also in 1969, Chevrolet built two “ZL1" 427 Corvette coupes. The ZL1 engine was essentially an all-aluminum version of the L88, with the aluminum cylinder block and heads offering a tremendous weight advantage for racing. More of the engines were sold as crate engines to racers.

By 1970, the big-block engine grew to 454 cubic inches, just as the trend in high-compression, high-performance engines was beginning to wane. The four-year run of 427 Corvettes was already established as the golden era of performance

Rare and low-production examples of the Corvette have been around since its 1953 introduction, but Chevrolet didn’t begin building commemorative models until 1978, when the 25th Anniversary model – also known as the Silver Anniversary Corvette – was offered. The Corvette was in its third generation then and at the close of that epoch in 1982, a Collectors Edition was offered, as well.

Those special models launched what has become a tradition for the Chevrolet Corvette, which has offered milestone anniversary and generational collector-edition models ever since. The 2013 Corvette 427 Convertible represents the first time a Collector Edition and Anniversary Edition are being offered in the same year – and available on the same car.

Below is a list of the Collector Edition and Anniversary Edition models, as well as production numbers and their distinguishing features.

Founded in 1911 in Detroit, Chevrolet is now one of the world's largest car brands, doing business in more than 140 countries and selling more than 4 million cars and trucks a year. Chevrolet provides customers with fuel-efficient vehicles that feature spirited performance, expressive design, and high quality. More information on Chevrolet models can be found at www.chevrolet.com.