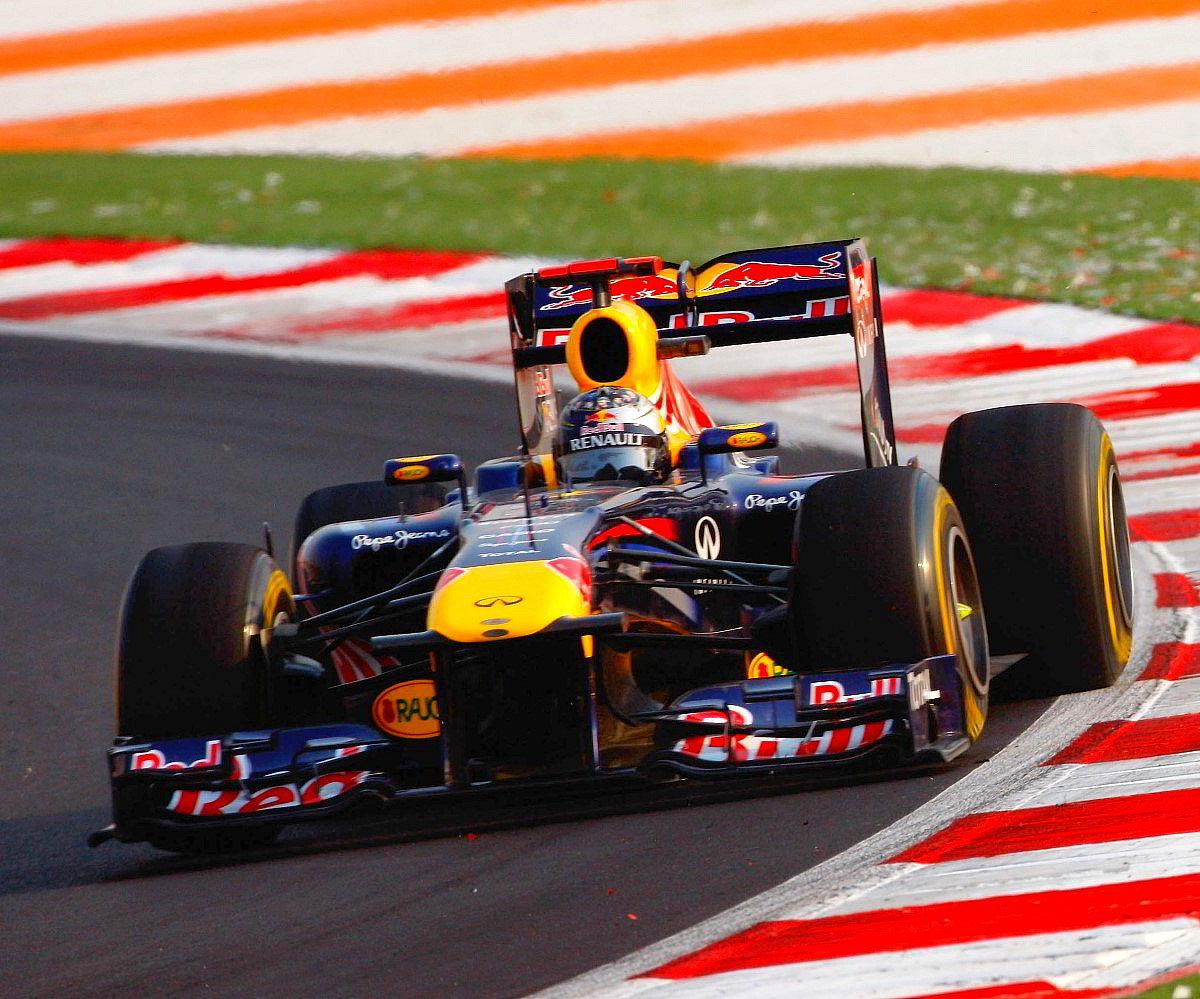 The Red Bull driver was quickest in Q2, and in Q3 he did a lap of 1m24.437s for provisional pole on his first flying lap. Hamilton was close behind

Hamilton went back out to try and beat that, but he failed. However, Vettel gave Hamilton yet another driving lesson and improved to 1m24.178s anyway to put pole out of reach.

Jenson Button was fifth and Felipe Massa sixth despite a crash at the very end of Q3 when his right front suspension collapsed on his Ferrari.

Hamilton will lose three grid positions as a result of a penalty he received Friday for not slowing for caution flags.

So on Sunday Red Bull will lineup 1-2 in celebration of their 16th pole of the year, an F1 record.

Nico Rosberg was seventh for Mercedes, while the remaining Q3 drivers – Sutil, Alguersuari and Buemi – all chose to sit out the segment to save tires.

Kamui Kobayashi blamed his Q1 exit on Ferrari’s Felipe Massa, saying that the Brazilian held him up on his final timed attempt. The Japanese driver thus starts from 18th on tomorrow’s Indian Grand Prix grid, but believes his Sauber team still is strong.

"Yeah definitely (it’s disappointing), the last lap was a really good lap but I had traffic with Massa," Kobayashi told reporters after the session. "I couldn’t manage any lap time. We are strong for sure, but I had no luck as well in qualifying."

Kobayashi’s Mexican teammate, Sergio Perez, made it through to the second phase of qualifying, ultimately claiming 17th position.

A big crowd was on hand Saturday for Indian's inaugural GP.