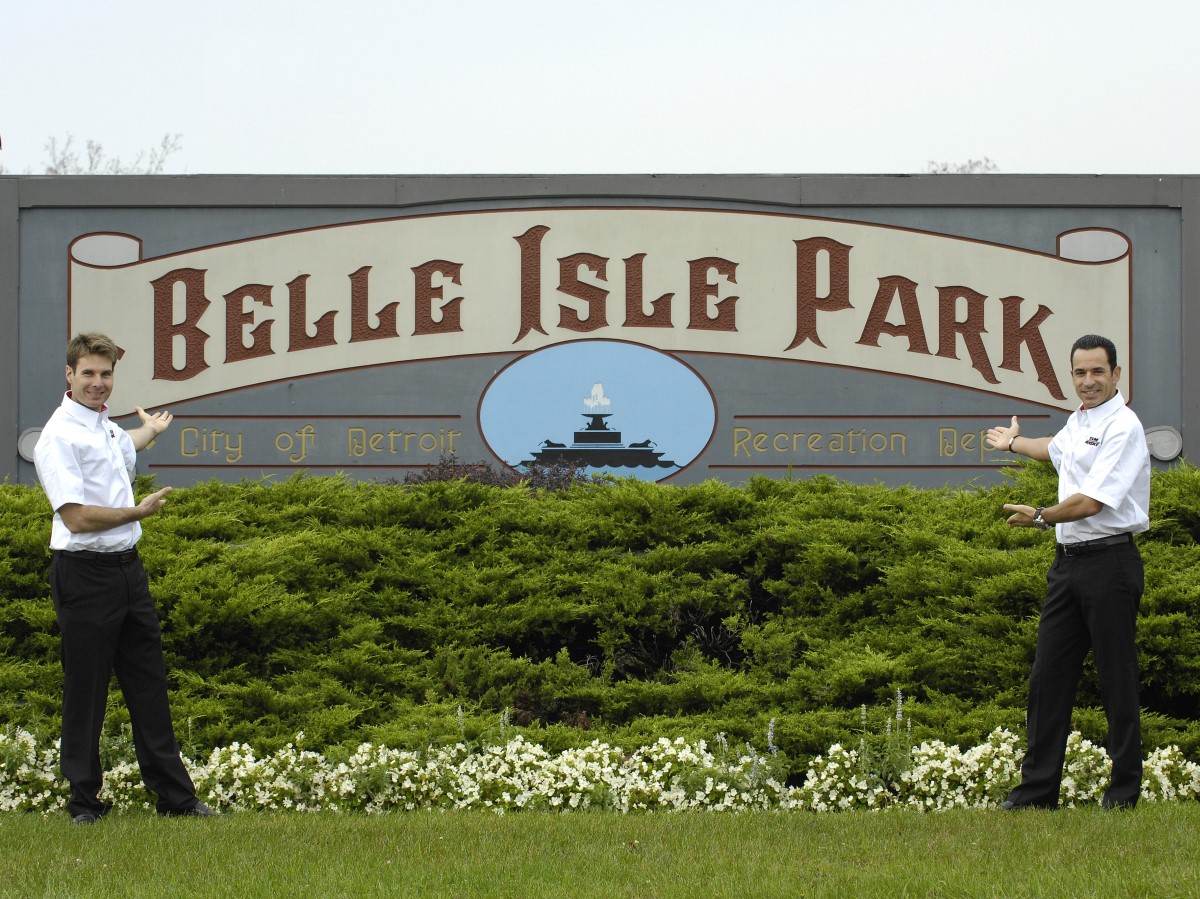 This was big. Seriously big. As in, IndyCar hasn't seen anything this big, or as whine-free, since reunification.

The content of today's Penske / GM press conference was well known for weeks. Penske will run Chevrolet motors — actually, via Ilmor, build them too. And, the Detroit Grand Prix will return, taking the prized "Milwaukee" slot the weekend after the Indy 500.
But the event itself made a much bigger announcement — that quite possibly, IndyCar will be, once again, the pre-eminent racing series in North America once again.
While crowd counting is always an iffy proposition, I counted about 800 chairs at the event, and while not every seat was filled, there were at least 100 people standing around the edges of the room. I can't recall a bigger IndyCar, or even NASCAR, press conference, even for the Indy 500. Since many of the regular IndyCar press are already in Vegas for the weekend's season finale, the size of– and the interest from — the media in IndyCar was shocking.
Hell, I recall races where the paid attendance wasn't much bigger! A little more than three years ago, we saw the death of CHAMP/CART. Three years ago the CHAMP teams were unpacking Dallara crates. Three years ago, the Detroit Grand Prix ran what many thought was its last race.
Three years ago, many at GM wondered if they'd have a job, or be working for a merged company with a cross-town — or worse yet, a foreign — rival. Two years ago everyone at GM all had to pretend they were enthusiastic about building a re-programmed hybrid (glorified Malibu) Volt, calling it an "electric car", to appease politicians who now own the company.
Now, the same guys in expensive grey suits who just gave the world a new lineup of Cadillac CTS-V executive hot rods are just itching to go back to Indy — and this time, in Indycars. In the words of Mark Reuss, President of GM North America, they are "Righting some of the wrongs of the past" when they return to IndyCar racing.
And looking at this event, I'm thinking their checkbooks are open….
****************
I recently talked with a former NASCAR owner who was in the business of making parts for Chevys. He didn't know that Chevy was going back at Indy, nor that he could support an IndyCar team for a fraction of what he'd have to spend to get back into NASCAR. I could tell that I was tempting him — and I have to wonder, how many other Chevy-associated business will step up with sponsorship money?
In a purely related matter, Randy Bernard reports that Dallara has 48 orders for new cars…
***************
Not lost at all was the hope that the City of Detroit might actually make a comeback as well. Three years ago, Detroit was in the throes of a political sex scandal that resulted with several jail sentences, with more to come. Three years ago, rumors were rampant that GM would pull its headquarters out of Detroit. Three years ago the Tigers finished in last place and the Lions went winless. Three years ago, the Detroit Grand Prix ended with a whimper, with not even enough effort to scrub off the tire marks from the former pit areas.
Perhaps it is the enthusiasm of strong Tigers, Red Wings, and *gasp!* Lions franchises, or perhaps those Chrysler commercials are having an impact on the locals. But Mayor (and former NBA player) Dave Bing let it be known that Detroit wasn't gonna stay down either.
The Penske people announced that they were putting another $6 million into Belle Isle, to build a "semi-permanent road course". Obviously those who used to decry one blade of grass lost to this event are now quiet, or absent altogether. Roger Penske was asked about passing situations, and while he (characteristically) said it wouldn't be much of a problem, obviously he now has more of a green light to add passing areas — just in case it might be a problem, ya know.
(Please, for the love of GOD, don't put barricades on the course after the race — I love driving that course enthusiastically when no one is looking!)
****************
ALMS fans are unhappy. Clearly their replacement at Detroit by rival NASCAR, er, Grand-AM, has to hurt, and is another venue that they should've had. The Grand-AM contract, like the contract with IndyCar, is for 3 years. Right now ALMS has an 8-week gap here in the USA during prime weeks in May-June, albeit interrupted by LeMans.
Roger Penske responded to my question about Grand-AM's replacing of ALMS by noting that the June date conflicted with testing for LeMans. Fair enough, but Roger also — hopefully –bought some insurance against the kind of shenanigans played by ISC/NASCAR against the Baltimore race last summer. Michigan International Speedway will have their NASCAR date only 2 weeks later, and are only 1 hour away, and depend on GM for fans and sponsorship. I'm sure that Roger thought of that too.
Hmmmm….
ALMS put out a press release quoting CEO Scott Atherton, saying that the ALMS plans to be back in Detroit for the 2013 race. Would it be too much to have a "Superbowl" event, combining the ALMS' GT and GTC Grand Touring cars with the Grand-AM's Continental Tire series? Certainly the synergy of the event would benefit both sides. Then again, we are talking about auto racing, where common sense is sometimes overruled by ego and stupidity.