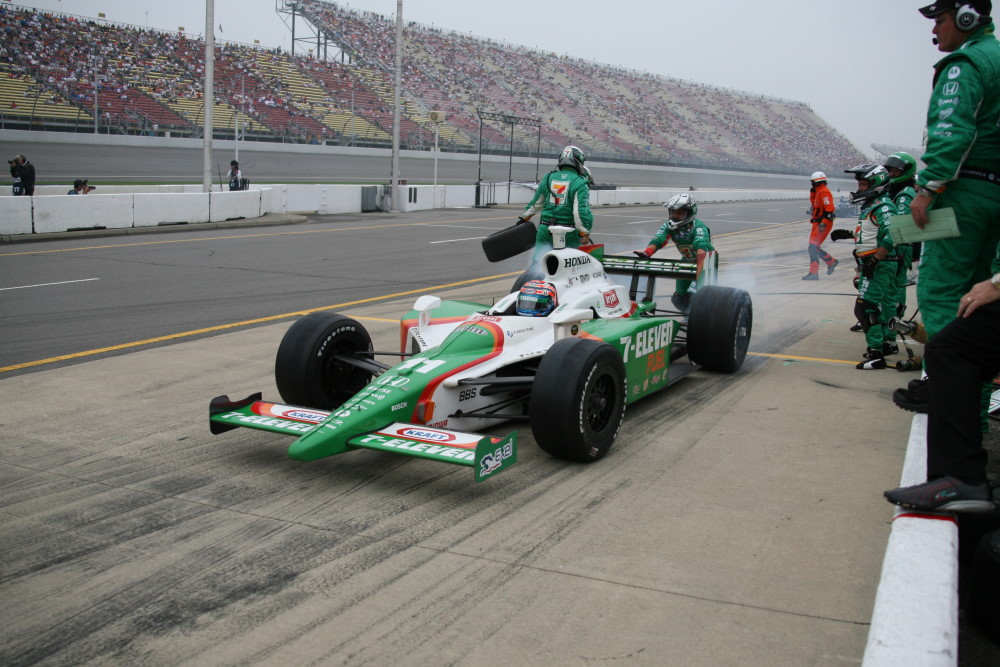 Earlier today at the Performance Racing Industry trade show in Indianapolis, the President of Michigan International Speedway, Roger Curtis, told More Front Wing Co-editor Paul Dalbey that both his facility and International Speedway Corporation “as a whole" are interested in bringing IndyCar events back to their schedules.

Curtis also indicated that he “would not be surprised" to see IndyCar return to Michigan International Speedway within three to five years, though he says it would not happen before 2016 as he wants to see at least a year of stability in the organization first.

When asked about potential dates, Curtis was most open to a September weekend. The late July date on which Indy cars traditionally ran at the track is now booked by a major music festival. On whether it would be wise for IndyCar to face off against college football in his area, he stated that in his opinion it simply needs to be done.

Any potential conflict with the existing Chevrolet Detroit Belle Isle Grand Prix was not of concern to Curtis, who noted that Indy cars ran both dates successfully for several years.

Curtis also indicated that he is searching for stability not only in IndyCar’s leadership but also in its sponsor base. Though he notes that the departure of IZOD is not terribly significant as their activation was relatively low, he pointed at GoDaddy as a harder blow and stated that IndyCar needs more than one or two sponsors carrying the weight of the series for it to be successful.

On the other side of the issue, Hulman & Co. CEO Mark Miles was the keynote speaker at a luncheon at the same function. In his speech, he discussed the need for a culture shift and a more realistic and “self-critical" attitude within IndyCar while admitting that the organization has “not necessarily dealt well with race tracks and promoters in previous years." Miles also noted that Hulman & Co. is not interested themselves in getting into the business of purchasing additional racetracks and plan to concentrate their revenue growth efforts on the Indianapolis Motor Speedway. More Front Wing