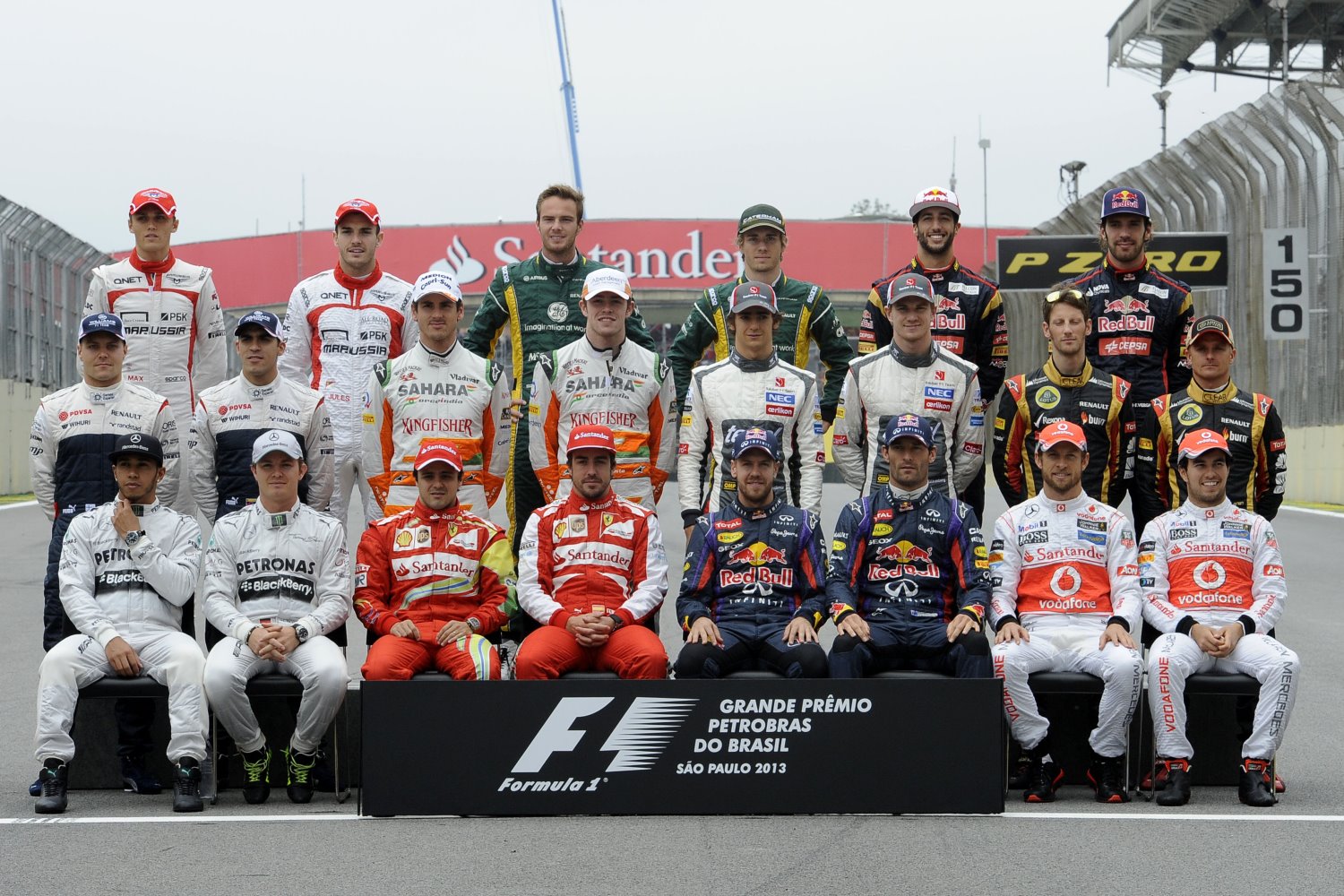 The F1 Silly Season has been in full force since Mark Webber announced his retirement. He are the best rumors as to who will drive where:

Confirmed: None.
Candidates: Paul di Resta, Adrian Sutil, Nico Hulkenberg, Sergio Perez, James Calado.
Hulkenberg is the obvious choice here, and with di Resta eyeing up a drive in IndyCar, the second seat is between Sutil and Perez.

Confirmed: None.
Candidates: Esteban Gutierrez, Nico Hulkenberg, Sergio Perez, Sergey Sirotkin, Adrian Sutil
With questions surrounding Sirotkin’s funding, the return of Perez to form an all-Mexican team with Esteban Gutierrez is perhaps the most likely line-up, although Sutil could seek refuge at Sauber should Force India drop him.

Confirmed: Jules Bianchi
Candidates: Max Chilton, Rodolfo Gonzalez
Chilton is likely to be retained after a solid – albeit far from successful – debut season.

Confirmed: None
Candidates: Giedo van der Garde, Charles Pic, Marcus Ericsson, Heikki Kovalainen, Alexander Rossi
Kovalainen is closing on a seat, but after missing out on P10 in the constructors’, Caterham may have been forced into a rethink. GP2 drivers Marcus Ericsson and Alexander Rossi could be viable options in the career ending last place Caterham team.