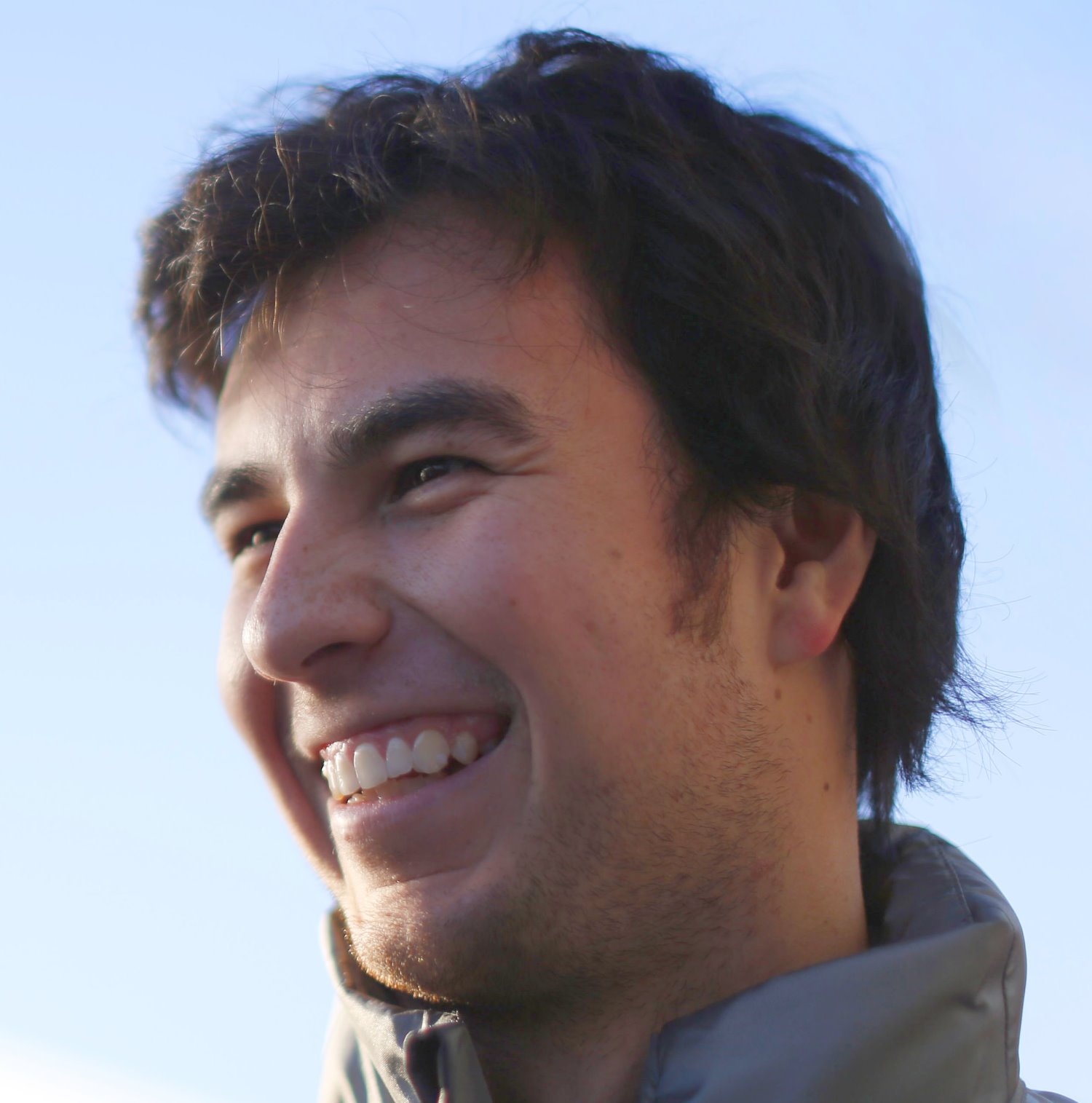 UPDATE #3 The McLaren team principal, Martin Whitmarsh, has expressed his happiness that Sergio Perez is set to remain in Formula One in 2014.

Perez was dropped by Whitmarsh less than a fortnight ago after one year at McLaren but the Mexican is expected to drive for Force India next season. It appears likely Perez will be partnered by Nico HÃ¼lkenberg, who has reportedly been re-hired by the Silverstone-based team after he quit them a year ago to join Sauber. Assuming both deals are confirmed, Force India drivers Paul Di Resta and Adrian Sutil will face an uncertain future in the sport.

In the final race of the season in Brazil Perez produced a superb drive to finish sixth after starting from 19th. With driver-movement rumors circulating the Interlagos paddock, the 23-year-old was certainly sporting a grin and far from gave the impression he was leaving the sport.

Whitmarsh, who touted Perez to other teams after letting him go, said: "I am very happy. Lots of stuff has been written but he's a young man who has been incredibly dignified. This is a great job – which can be painful on occasions but the real hard bit is when you have to make the phone calls and say, 'I have decided…', and he took it very well.

"He is very much liked in the team, is a thoroughly likeable guy and I said to him: 'Prove us wrong.' We've done what we can to help him out and he certainly deserves to be in Formula One, which he proved in this race. He is an exciting driver, although at the beginning of the year people were saying he is a bit too exciting.

"But I think you can have that in Formula One – a young man who is prepared to charge, take risks a little and try and fight his way through. So I'm delighted for him that we'll see his smiling face in the paddock. He is a friend of the team now but we know he'll go out there and try to beat us, and I hope that's the spirit in which he takes it."

(GMM) Sergio Perez says he is "95 per cent sure" he will still be on the formula one grid next year.

The Mexican, who has lost his McLaren seat, sounded confident about his future when speaking to reporters in the Interlagos paddock.

There was some doubt the 23-year-old remained on good terms with his backers, but Italian reports during the week claimed Perez is now on the market along with the sponsorship of Claro, a Mexican brand seen on the McLaren in 2013.

"I am pretty convinced that in one year's time I will probably tell you that it was the best thing that could have happened to me to leave McLaren," he was quoted on Thursday by F1's official website.

Asked to nominate his hopes in a percentage, Perez answered: "Ha, 95 per cent that I will remain in F1 next season — but the remaining five per cent are always the tricky ones.

Asked if his options are Sauber and Force India, he insisted: "It's not only them. There are quite a number of options and I can say right now it is looking better than it was looking one week ago."

A rumor in the Interlagos paddock on Thursday even linked Perez with Lotus.

"There are always rumors around," he responded. "And rumors sometimes go faster than the cars."

11/20/13 Sergio Perez is open to the idea first rumored by AR1.com – switching to IndyCar for 2014 if he cannot find a competitive seat in Formula 1 after being dropped by McLaren.

When asked by Autosport if he would consider taking a Ganassi drive, Perez said: "Yes… well, I haven't had any contact, my head is fully in F1. I am 23 years old so I have a lot to give F1. But, if I don't find the right seat for my future I might have to look to that option. It might be interesting to me."

"I don't know where I am going to end up," he said. "I hope I can find a seat that motivates me in F1. If not, I have to look for other options. I love the sport, but there are many things that I do not like in F1 so I will not be in F1 just to be here.

"I really need to find a competitive seat that can give me the opportunity to keep showing my talent so I can be able to fight for a championship, which is my aim."

In the midst of rumors that Kevin Magnussen is set to take his McLaren drive, Perez confirmed on Wednesday night that he would be leaving the team after just one season.

However, with the grid filling up fast, Perez and McLaren may have left it too late for the Mexican to find a place on next year's grid.

"It's a difficult situation right now because the decision was taken late, but I'm confident I'll do the best for my career.

"But I will not be in Formula One just to be in Formula One. I will find the right option for my career, with the aim to find a good team to give me the opportunity to win races." [Might he bring some Carlos Slim money to IndyCar? Nope, TV ratings too miniscule.]

For now, though, the former Sauber driver is still trying to absorb the news, revealing that he is in the dark as to why McLaren opted not to retain him.

"It (McLaren's decision) wasn't what I was expecting," he added.

"But this is life, and sometimes life doesn't go the way you want it to go – and this is a perfect example – so you have to take another route.

"I'm still young, I still have a lot to give to the sport, and I have my whole career in front of me.

"I just have to take another route now to keep aiming for my goals in Formula One to become a World Champion."

Perez, who claimed three podium results during his last year with Sauber but none in his only season with McLaren, is adamant that both parties gave their all despite the lack of results.

"It's been disappointing on both sides, for McLaren and for myself. I was not expecting it to be so difficult," he told PA Sport.

"If I look back I did my best and got the most out of the chance I had.

"The team has been under so much pressure. We are McLaren and we have one of the biggest budgets, and with the season we've had, you can imagine the amount of pressure.

"There was pressure on me, on Jenson (Button), on Martin (Whitmarsh, team principal), on everyone, the whole team, so the most important thing was for everyone to be together.

"We did pretty well. It's what makes me feel proud of them, that we all stuck together, which was very important and crucial for such a difficult year."