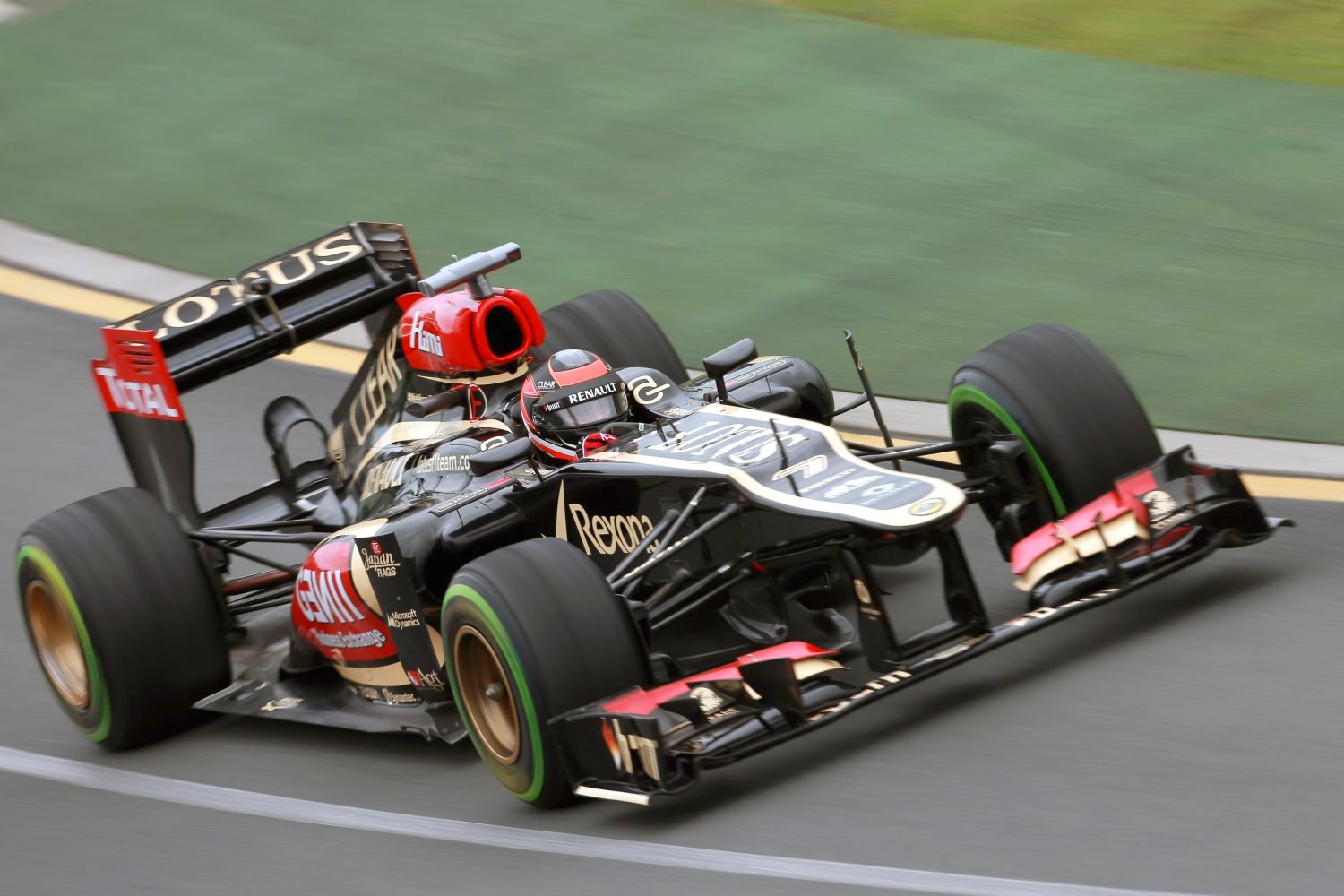 There has been much talk in the F1 paddock in recent weeks about the future of the Lotus F1 Team. Back in June it was announced that Genii Capital, the company that owns the team, had sold 35 percent of its shares to Infinity Racing Partners Ltd, a newly-registered UK investor consortium comprised of investors from Abu Dhabi and Brunei led by American hedge fund manager, Mansoor Ijaz. The plan was to sell shares in order to pay debts that Genii Capital had built up since it took over the team from Renault in 2009.

It has not been an easy path because although Genii got the team for 1 Euro, it has had to fund it ever since – and that has been an expensive experience for owners Gerard Lopez and Eric Lux. The deal with Infinity (recently renamed Quantum Motorsports Limited to avoid confusion with Red Bull Racing partner Infiniti) was aiming to do that, with Quantum believed to have some options to take over a majority interest in the team in the longer term.

Four months on, and the deal has still not closed. Not yet anyway. As Genii Capital starts to look for other solutions, notably an option to sign up Pastor Maldonado, who will bring PDVSA money for 2014, speculation mounts and rumors fly about what is really going on in the struggle to revitalize the team, which remains one of the strongest brands in F1.

The team needs a solution to its financial disarray because its first choice for the driver line-up for 2014 and beyond would be Romain Grosjean and Nico Hulkenberg. The word is that The Hulk will not sign the already prepared contract until Quantum’s money shows up, having taken note of departing star Kimi Raikkonen’s problems with his salary this year. The word is that the money – a not inconsiderable sum – is there, but has been subjected to a series of compliance processes that are emblematic of modern day banking when big players move large sums of money for high-profile transactions. Those who follow F1 closely are used to things being done in an instant. The Quantum-Genii-Lotus deal proves that this is not always possible.

Post 9-11 regulatory controls have sought to ensure much higher levels of compliance to prevent inappropriate money flows and there has been intensified scrutiny for all large dollar transactions. Banks are required to verify and maintain far more detailed records of their customers and understand the origins of transactions, the cash that funds them and the people behind them. This is how the first hints of the Gribkowsky Scandal came to light when Austrian banks questioned payments being made to the German banker.

When you have Arab and American investors transferring vast sums of their US Dollar bonds to an investment group in Luxembourg, the result is a banking compliance headache. In such circumstances four months is not a long period of time. No one involved is very keen to talk about exactly what has been going on, but Ijaz says that despite the compliance processes the money is there and the deal will complete very shortly.

“There were real, substantive and important issues involved in clearing the transaction through international bank compliance procedures on both sides of the Atlantic," he says. “We made a large-scale commitment to fund one of the highest visibility assets in the world with an American citizen, myself, for one part, whose citizenship alone was a blocking factor in clearing bank compliance in European banks, and whose funding from Arab investors on a large-scale was carefully scrutinized in my own country, the United States. When we finally did complete the transfer of consideration earlier this month, our partners at Genii were told that we had to reconfigure the transaction due to US regulations that prohibit such large amounts of money being paid into certain countries where our partner accounts were based. That reconfiguration is what has taken the additional time, and now we believe we have finally overcome the technical obstacles so we can finish what we started some months ago. We have lived through this bureaucratic nightmare with incredible support from our partners at Genii and with the greatest group of teammates anyone could ever ask for in Lotus F1’s employees and managers at Enstone. Without that support, we could not have gotten this through to the end."

Ijaz says he now “looks forward to the stabilization phase where we can strengthen Lotus and bring it to a new level with technology advancements, major new sponsorship revenues and a bright horizon for the hard-working people that make Enstone-based Lotus the premier racing team in Formula 1."

Not before time… Joe Saward