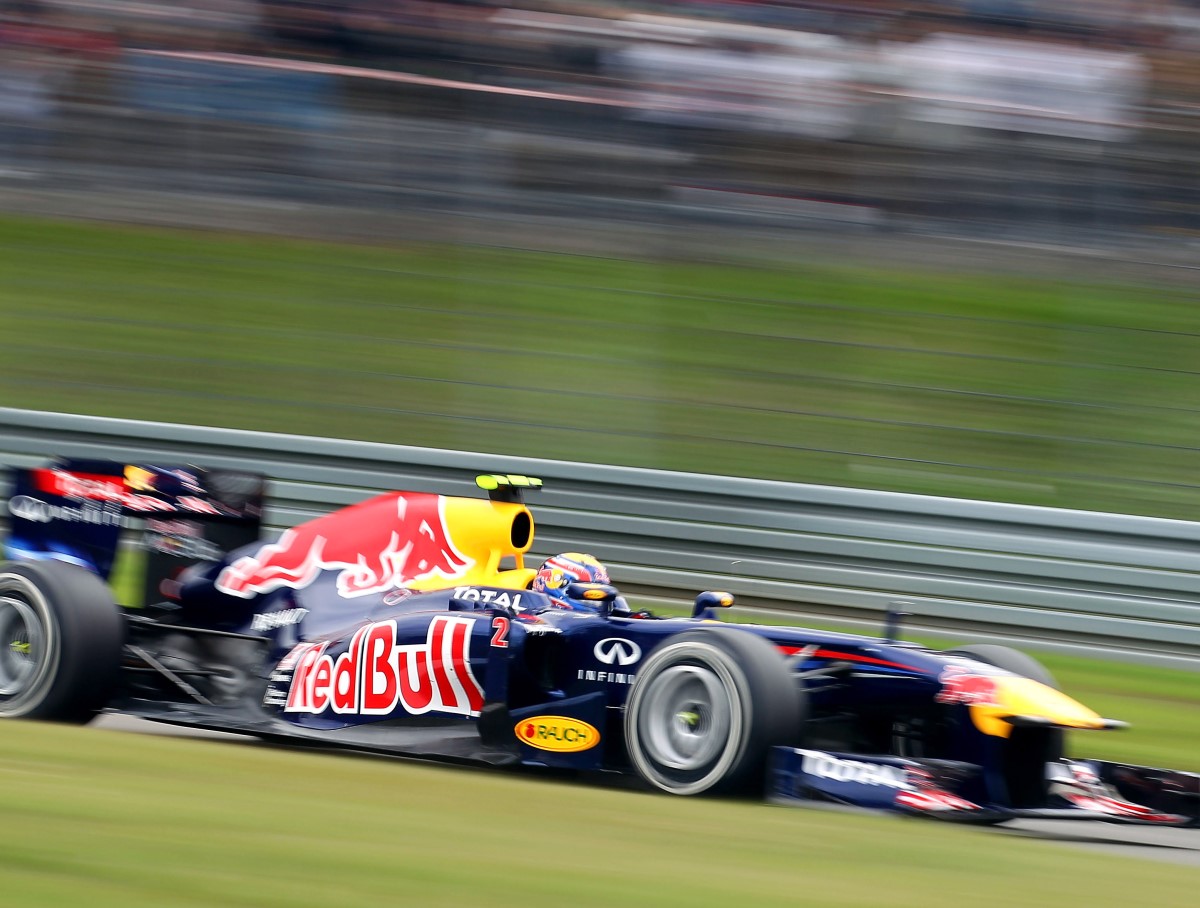 While the east coast of the USA bakes in record 100-degree weather, it was a cold 54-degrees at the Nurburgring in Germany Saturday. Mark Webber seems to like the fast circuits and he showed it again today taking his second consecutive pole position by holding off Lewis Hamilton in German Grand Prix qualifying at the Nurburgring.

World championship leader Sebastian Vettel will start only third for his home race – the first time all year he has been off the front row. Silverstone winner Fernando Alonso Ferrari had to settle for fourth in his Ferrari but he is not far off pole and the Ferrari certainly appears ready to challenge for a 2nd straight win.

Nico Rosberg only did one attempt in Q3 to put his Mercedes in sixth, ahead of Jenson Button, who was a second behind McLaren teammate Hamilton.