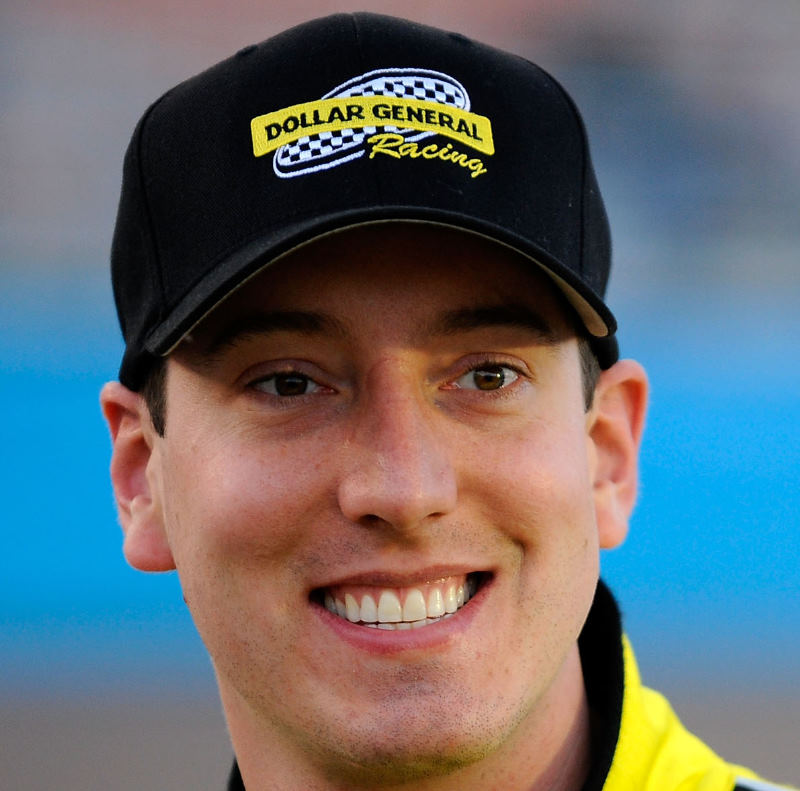 It was a day of major milestones for Kyle Busch, who tied Mark Martin for the career victory lead in the Nationwide Series with Saturday's win in the New England 200 at New Hampshire Motor Speedway.

The victory was Busch's sixth of the season in 15 starts and the 49th of his career, tying Martin. At the same time, Busch, 26, won for the 100th time in NASCAR's top three series combined.

Busch pulled away on a restart after contact from Steve Wallace knocked Joey Logano's Toyota into the Ford of Trevor Bayne on Lap 190 to cause the eighth caution of the race. The accident also collected the No. 32 Toyota of Reed Sorenson and deprived Sorenson of a chance to wrest the points lead from Elliott Sadler.

That wasn't the last major incident. When the field reached the second corner on Lap 197, a massive pileup slowed the race for the ninth time, and necessitated a green-white-checkered finish that sent the race six laps past its scheduled distance at the 1.058-mile flat track.

Brad Keselowski was first out of the pits for a restart on Lap 130, with enough fuel to go the distance. After quickly dispatching Mikey Kile, Kenny Wallace and Stenhouse, who had stayed on the track under the fifth caution of the race, Keselowski opened a lead of more than a half-second over Stenhouse.

But Keselowski surrendered the top spot to Stenhouse on Lap 152 and began to fade. Stenhouse stayed out front through an intense battle with Busch until NASCAR called the sixth caution for debris on the frontstretch on Lap 167.

With history in his sights, Busch passed Stenhouse for the lead on Lap 173 and began to pull away.