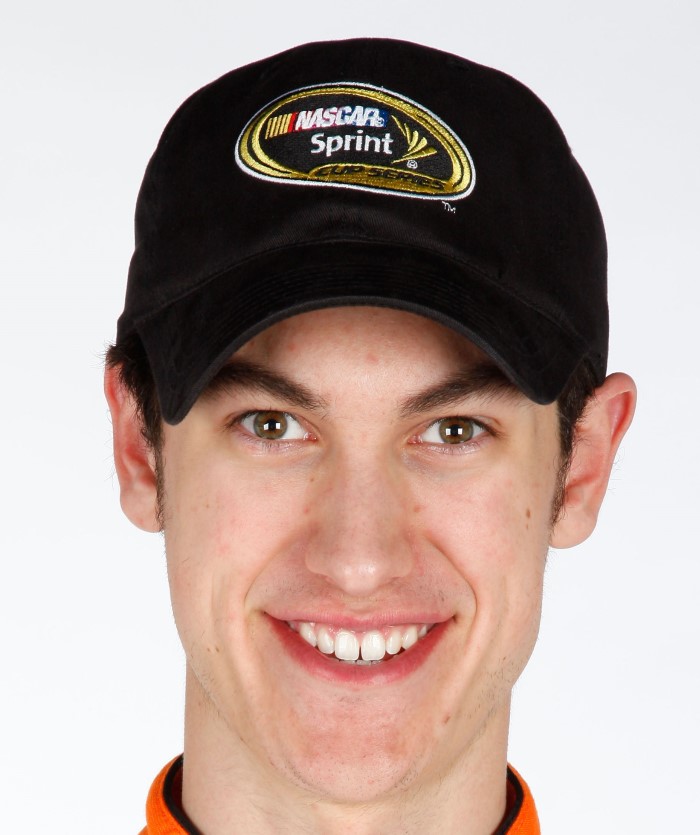 Joey Logano captured the second Sprint Cup pole of his career and the Joe Gibbs Racing driver will lead the field to green in Sunday’s Toyota/Save Mart 350 at Infineon Raceway.

Logano took the top starting spot with a speed of 93.256 mph around the 1.99-mile road course. His only previous pole in 91 Cup starts came in March 2010 at Bristol Motor Speedway.

Earnhardt Ganassi Racing’s Jamie McMurray (93.223 mph) will start on the outside of the front row in Sunday’s race, the first of two road-course events this season.

Did you expect to get a qualifying result like this?

"No, no, no. I was surprised it was as fast as it was. I felt like the car had a lot more grip in it, and I felt like we fixed the car, but personally I felt like I screwed up about three times in one lap. I didn't feel too good about myself after it and I thought I screwed that one up. It was good, car was fast. We'll work on our stuff in race trim a little bit more tomorrow and see if we can get our Home Depot car fast. This is place is so — you can have a fast race car here and it doesn't mean a whole bunch here. Obviously your strategy is going to be a big deal and I think the real big deal is staying out of trouble, which is where I need to work on the most than anywhere else."

What have you done to prepare for this weekend's race?

"We've done a lot of things. These road courses for me have been a struggle in trying to get in the corners is probably the biggest thing. So, we went to Road Atlanta and tested with Max Papis. We had a little two-seater car and he gave me a ride and I was like, 'Wow, you can get in the corner a lot harder.' It's cool to see that and learn — think that is definitely paying off right now. Thanks to Max on that one. My Home Depot car is fast. I was really surprised about the speed in it. I didn't feel like our car was that good in practice at all. The car was a lot better. I'll take it for sure."

Are you excited to get your second career pole award?

"It's really awesome, for sure. This is the last place that I figured we'd get a pole. I think obviously if you're looking at — I've never had a top-10 start here and I've never finished that good here either. After practice, I felt like we needed a lot more forward drive and a lot more side-bite in our car. Man, they made it happen. I said, 'Geeze, should have asked for that a long time ago.' They definitely did a good job of making our Home Depot car fast. I was surprised, I felt like my lap was okay, didn't feel like it was stellar by no means. Man, a hell of a lap. The last three cars were Kasey (Kahne) who got the pole last year, and Denny (Hamlin), our teammate is really good here, and Kurt (Busch) that was four-tenths faster than everyone else in practice and has gotten the last three poles. Man, I didn't know — I didn't think it was going to hold up — I don't think of my guys thought it was going to hold up. We were pretty pumped up right now, we needed a momentum change with our Home Depot team right now. We've been going through a little bit of a drought. This is definitely going to help us a lot."

Will racing the K&N Pro Series West race tomorrow set you up for a good race on Sunday?

"It is an advantage for sure. I run a lot of Nationwide races the day before because I think it helps. I think here is a bit bigger help just because there's so many more turns and getting used to it. The cars drive so different, you can't compare the two. You're looking at a lot lighter car over there. Lower, a lot less horsepower — all that stuff makes a huge different. The tire over there — that's probably the biggest difference. That car there is a lot of fun to drive. All that makes it cool. I have a lot of fun doing that. I do think it helps. The first time I came out here, I ran the West race and I ran pretty good in the Cup race. Last year I didn't run so good in the Cup race and this year I am and I got the pole. Hopefully it's all good and working out for me. Hey, if that's what it takes, I'll run that thing every weekend — they're fun to race anyway. Last time I ran here I got dumped in turn 11 for the win on the last lap, so I need to redeem myself."

How will being out front benefit you in Sunday's race?

"I don't know, I've never been up front here before. That's a question I'm going to answer Sunday. I think right now I need to figure out where I'm going to start — on the inside or the outside and kind of think about that. Watching the previous race here, just looking at where those guys started and stuff like that — I'll try to make the best decision I can. It's a long race, hopefully we do get out front by the end of turn two there and try to put some distance on them and lead some laps. Right now we're focused on tomorrow and getting our car the best we can so we can do that."

Did Not Qualify: Tony Ave, Front Row Motorsports No. 38 Ford