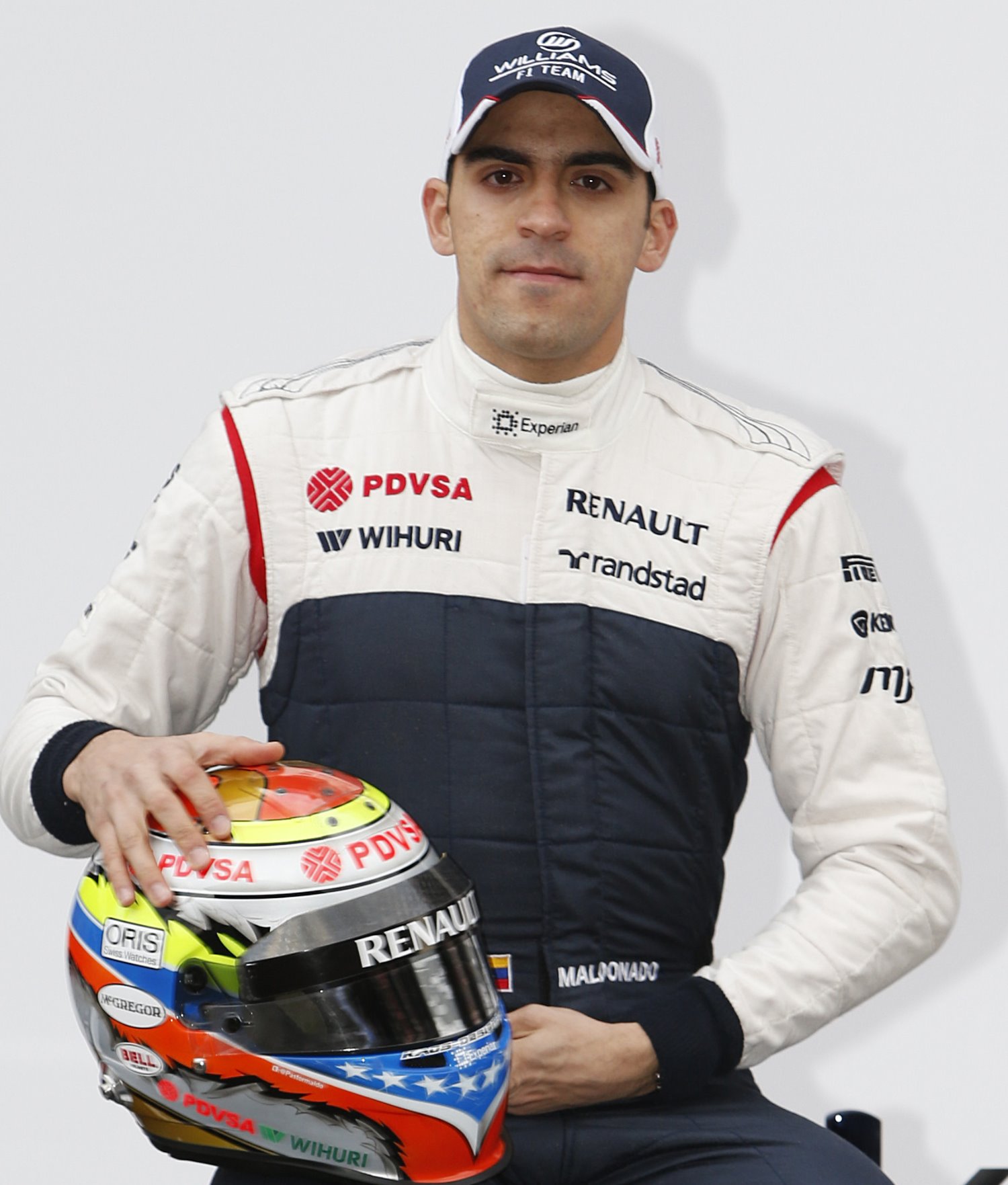 UPDATE #2 Williams Formula 1 driver Pastor Maldonado insists he is not involved in an investigation into currency exchange fraud in his native Venezuela.

Asked by AUTOSPORT whether he was involved, Maldonado replied: "It's not concerning me because I never received money from the Venezuelan state or government.

"What really happened is that the money is not free and the drivers need to pay for that money because it is currency exchange.

"There is a program in Venezuela for sport and you can change money at a lower price.

"What I heard is that other people, some drivers, were changing money at a preferential price and then they were selling them on the second market.

"It is really sad to hear about because this sport was nearly dying some years ago and I worked very hard to recover it and put the sport in a very high position in Latin America.

"I really hope that this problem does not affect the youngest generation who really need their money to race and to be outside of Venezuela."

"PDVSA is supporting only one driver at the moment, which is myself," he said.

"In the past, we had in the program three or four drivers and now there is only one.

"Some cars are using the logo of PDVSA but they are not supported by PDVSA, that is the truth of the situation." Autosport [Editor's Note: If only he is supported by PDVSA then is he accusing EJ Viso of using laundered money and running PDVSA?]

10/19/13 Andretti Autosport released this statement: "Andretti Autosport was notified Thursday evening of E.J. Viso's illness by both Viso and his health care provider. Viso made every attempt to make the trip to Fontana to take the track for his crew and sponsors. E.J.'s illness was too great and it was advised by his medical team that he remain home to recover. While we are disappointed that he will not be able to join us for the 2013 IndyCar Season finale this weekend, we are more concerned with his health. We will miss having E.J. around the track with us and wish him a speedy recovery."

Prosecutors in Venezuela are investigating members of its national motorsports teams for possible currency violations, officials said on Thursday, and the sports minister said tens of millions of dollars were claimed by people forging her signature.

A decade of currency controls has led to a shortage of dollars at the official rate of 6.3 bolivars, and huge profits for those who can access greenbacks and then resell them on the black market for about seven times that price.

Travelers can exchange up to $3,000 a year by applying to the state currency board Cadivi at the 6.3 rate, and members of national sports teams representing the country abroad have been allowed to claim more.

Some are now accused of making dozens of fraudulent requests for dollars, and then offloading a portion on the black market.

In a brief statement, the attorney-general's office said investigators from Cadivi and national intelligence agency Sebin were collecting "items of criminal interest" including documents and official seals from the Sports Ministry.

In an interview published on Thursday by local newspaper Ultimas Noticias, Sports Minister Alejandra Benitez said she discovered from a state bank that her signature had been forged on more than 60 fraudulent requests for dollars.

The fraudulent documents, she said, almost all involved motorsports and had initially escaped close scrutiny because of the high costs involved in competing.

"There was just one racer who, in a year and half, was approved for $66 million," Benitez told the paper. "Just two of these drivers were claiming in a year what it costs us to take the whole team of more than 600 athletes (to an event)."

She said she did not want to name the individuals involved because she wanted to respect them as fellow sportspeople.

"The case is in the hands of the security forces," said Benitez, a 33-year-old former Olympian fencer who was named as minister earlier this year. "If any official (from the ministry) is involved, they will have to pay."

Public anger over the latest allegations is fueled by the impression that well-connected individuals were able to use their position to profit from access to lucrative dollars.

Driven by black market profits, "currency tourism" has become yet another headache for the government of President Nicolas Maduro. The economy is beset by shortages of consumer goods, and annual inflation hit almost 50 percent last month. Reuters