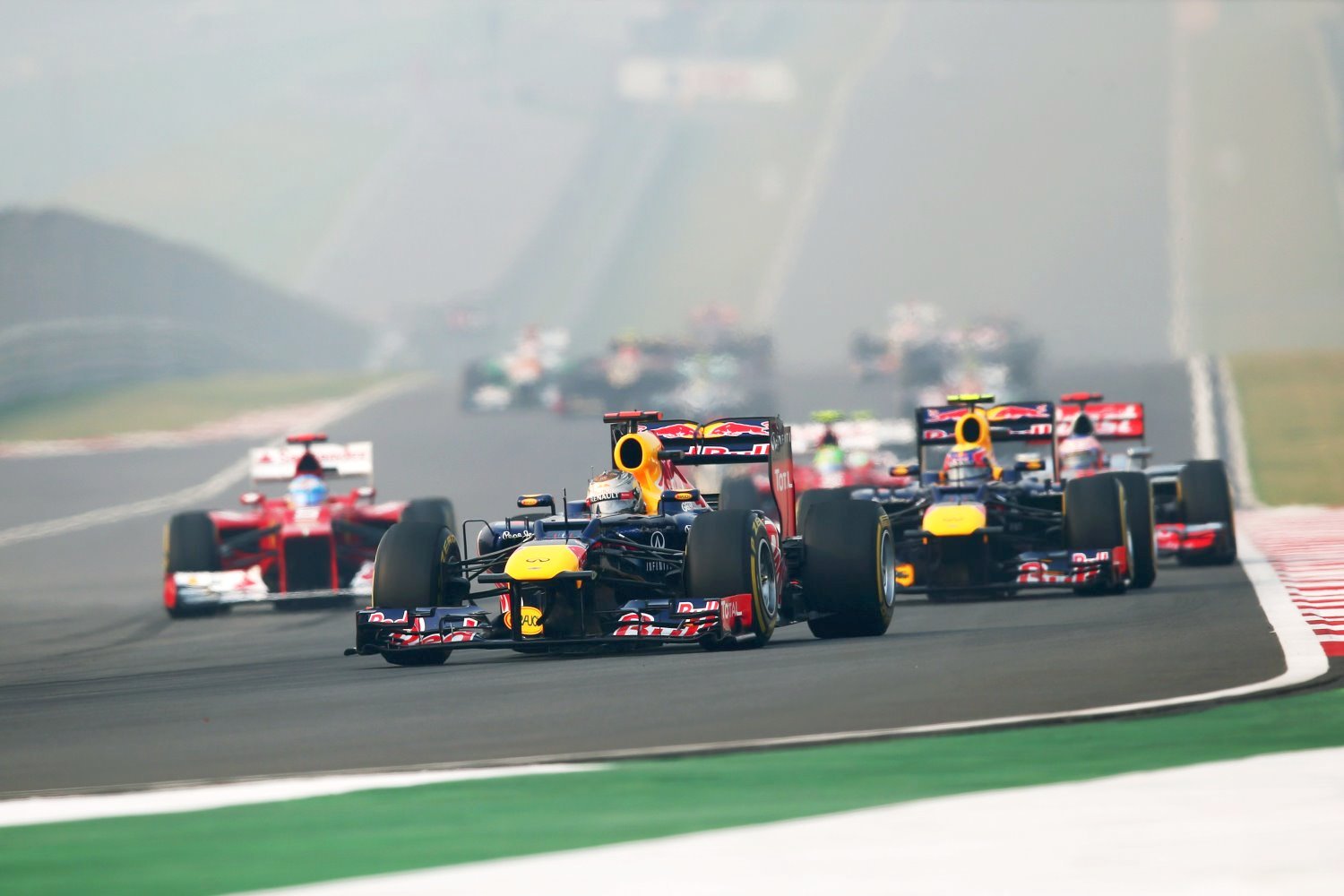 UPDATE #5 Indian Grand Prix officials believe there is little chance that a petition to have the event canceled over allegedly unpaid taxes will have any effect.

Vicky Chandhok, head of the Indian motorsport federation, said, "You do find the odd persons going out to try to stop sporting events – be it cricket or whatever," Chandhok said. "It has happened before and it is nothing new to this country.

"We are the world's largest democracy and filing a public interest litigation [PIL] in any court is possible. However, the courts by themselves are just a system, and the judges do not take kindly to a sporting event being stopped, especially on the eve of the event."

"I personally don't think it will affect the event at all," he said. "The event will go through as scheduled. They will let the litigation be heard as normal court [procedure] but you cannot hold an event to ransom. That is not my worry at all."

10/24/13 India's top court has agreed to hear a petition seeking the cancellation of this weekend's Formula One race over a tax issue.

The Supreme Court said it will hear the case Friday after a public interest litigation pleaded the race should not be held since the organizers had not paid entertainment tax for last year's event.

Entertainment tax, which is generally levied on huge revenue-generating entertainment shows, had been waived before the first edition in 2011 before a court ordered last week that the organizers would have to pay the tax amounting to about $4 million per year.

The Indian Grand Prix at Greater Noida is already in trouble with the race taken off the 2014 calendar in a bid to adjust the races for 2015. However, high taxes in India are also said to have put the future of the event in doubt.

10/22/13 Federation of Motor Sports Clubs of India President Vicky Chandhok "has warned that this weekend's grand prix at the Buddh Int'l Circuit (BIC) near Delhi could be the last held in the country," according to Paul Weaver of the London GUARDIAN. The race "has already been dropped from next year's provisional schedule and, although a return has been planned for 2015, nothing has been finalized." Chandhok said, "If it doesn't come back in 2015, it may never come back at all. That is my concern. Once you lose a race it can be gone forever."

A "combination of India's declining economic situation and increased competition from other countries led to India dropping off next year's itinerary." The future of the Indian GP will be decided between F1 CEO Bernie Ecclestone and the sponsors Jaypee Sports. Ecclestone said in the summer, "We think it is best not to have a race [in India] in 2014 and have one in 2015. We will have to club India with the four rounds in the Asia Pacific region." Chandhok "would like to see the government get involved." He said, "The government should take a look because the Indian Grand Prix is good for the country and is now a wonderful facility." Guardian

The future of Indian Grand Prix might be uncertain after this year's race but host Jaypee Sports International Limited's CEO Sameer Gaur says the country will not lose the Formula One event and will surely have two more races, with the race returning in 2015 after a 2014 hiatus.

Speculation is rife that Indian fans will see an F1 race for one last time at home when the caravan will arrive in Greater Noida on October 27.

However, Gaur assured that they will host five races as per their contract.

"I feel that no one should think that Indian GP will not come. Indian GP will return in 2015. There should be no fears at all," Sameer Gaur, who is also JPSI MD, said.

09/01/13
The cancellation of the 2014 edition of the Indian Grand Prix does not mean that the future of the Formula One race in the country is uncertain, Sahara Force India Team Principal Vijay Mallya has asserted.

“I am proud of the race, but I don't believe it is curtains. I know for a fact that the promoters in India have agreed all the commercial terms with Bernie (for 2015) and therefore I see no reason why it should not happen," Mallya said.

“I am hoping that we will see the race back in India in 2015 if Bernie has decided that there cannot be a race in 2014, because according to him the calendar cannot accommodate it. But I think Bernie is smart enough to understand the enormous potential that there is in India. I don't think he will take a short-term view," he said.

In words wrapped with caution, Mallya also questioned the logic of the shunting out of the Indian race from the 2014 calendar.

Earlier, F1 chief executive Bernie Ecclestone – under pressure to limit the calendar to a maximum of 20 grands prix – admitted the race outside New Delhi is the first to go.

"I think formula one is in demand," added the former HRT driver, whose father Vicky is the Indian motor sport federation boss.

Ecclestone has admitted the government's tax policy is a problem, but the official line is that a scheduling issue has triggered the need for a one-year race sabbatical.

"If Formula One Management wants us to hold our race in March 2015, we don't have any problem with that," said managing director Sameer Gaur.