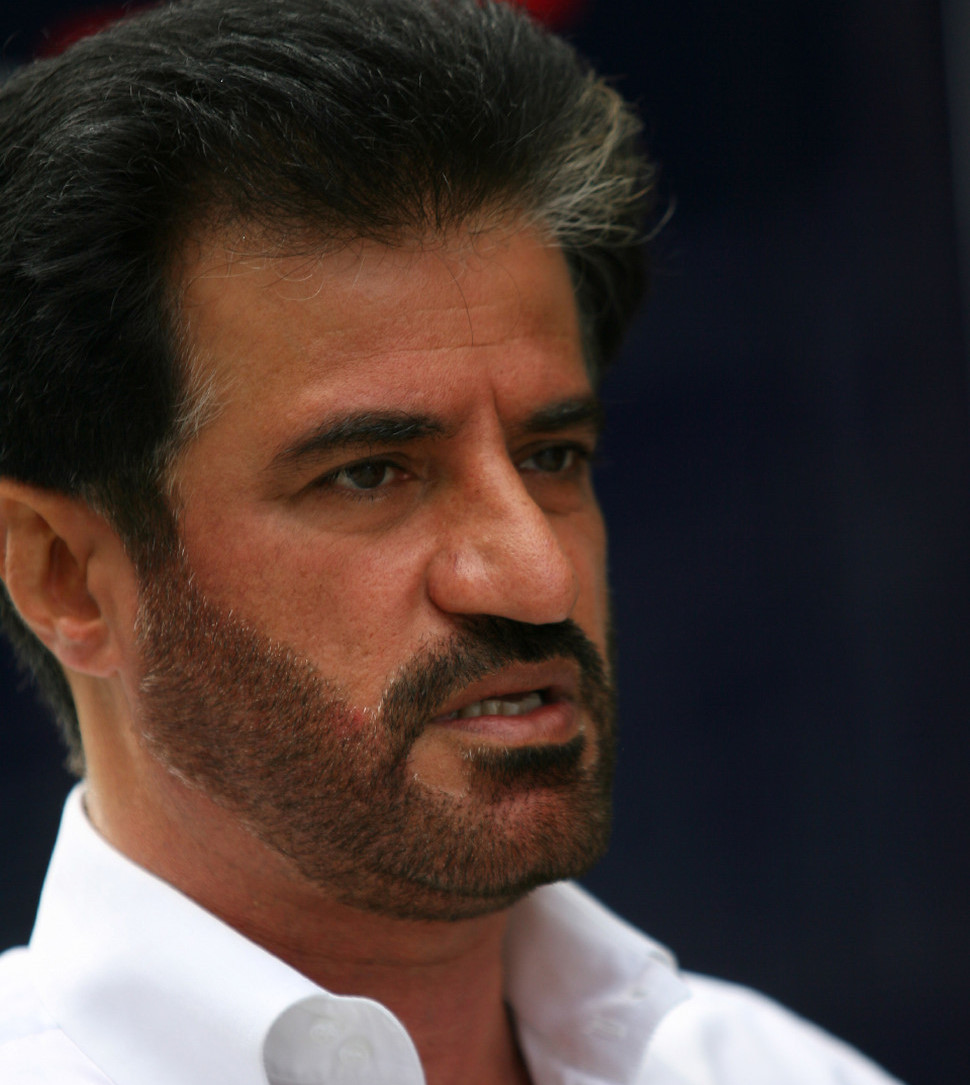 This rumor is downgraded to 'false' today. After weeks of speculation, Mohammed Ben Sulayem has said that he will not stand for election of the FIA presidency and will instead give his full support to Jean Todt.

In July, Sulayem was appointed by the FIA to chair a new task force charged with the responsibility to build a ten-year plan for the sport's global development, the first such plan in the 109-year history of the FIA.

Previously, Sulayem, the first Arab to be elected to the World Motorsport Council, since taking charge of the Automobile and Touring Club of the UAE in 2006, has established it as a leading national motor sport authority, with acknowledged expertise in associated training, research and education.

In the wake of David Ward's decision to stand as a candidate in the election, there had been speculation that Sulayem would also stand, either in his own right or on a 'joint-ticket' with the Englishman. Indeed, some speculated that Ward's campaign was a form of 'Trojan horse' with the true aim of getting Sulayem into the post.

However, he has ended the speculation by announcing that he not going to stand and will instead throw his support behind the current president, Jean Todt.

“Following careful consideration, I can confirm that I have accepted Jean Todt’s invitation to support his re-election as President of the FIA," he said. “It is now time to focus on the big issues facing the FIA, including doing what is needed to make the new Concorde agreement work for all parties in F1, approving a new plan for the World Rally Championship, and giving maximum support to our member clubs to develop and grow motorsport around the world." pitpass.com

09/27/13 (GMM) Mohammad Bin Sulayem has not denied speculation he is set to become a third candidate for the FIA presidency.

David Ward has already entered the race to dethrone incumbent Jean Todt in December's elections, but the latest rumor is that the Briton was only ever a 'straw man' precursor for Bin Sulayem's real bid.

Bin Sulayem, a former rally driver, is the highest ranking motor racing official in the Middle East, and already an FIA vice-president.

A spokesman for the 51-year-old said he was aware of the latest speculation.

"It can be confirmed that he has been contacted in recent weeks by a number of ASC's (national sporting authorities) from around the world who have expressed a desire for him to run as a candidate," he told Gulf News.

"Any decision he makes after that will be based on what is best for the FIA going forward," the spokesman said.

Bin Sulayem, like the rest of the FIA officialdom, is currently in Dubrovnik, Croatia, for Friday's World Motor Sport Council meeting.

Speed Week reports that Pirelli may finally be confirmed as F1's continuing tire supplier beyond 2013. A 2014 calendar is also expected to be published.

09/25/13 (GMM) A name has now emerged, amid rumors a third candidate for December's FIA presidential elections is looming.

Briton David Ward has already entered the race to de-throne Jean Todt, but F1 chief executive Bernie Ecclestone this week hinted that a third contender might be waiting in the wings.

"Maybe it (Ward's candidature) has opened the door for other potential candidates," he told Auto Motor und Sport.

"They'll say 'If he can, I can too'. So we don't know how many (candidates) there will be in the end. There's still time to submit a nomination," Ecclestone added.

A name, mentioned not only by Auto Motor und Sport but also separately by Speed Week, has now emerged — Mohammad Bin Sulayem.

He is known as the highest ranking motor racing official in the United Arab Emirates, and formerly a strong supporter of Max Mosley.

The 51-year-old, a former Middle East rally champion, also made headlines a few years ago when he crashed a modern Renault formula one car at an event in Dubai.

Speed Week quoted an insider as saying: "He would be a dangerous rival for Todt and Ward, because there are many out there who would support him more than the Frenchman and his (British) challenger."