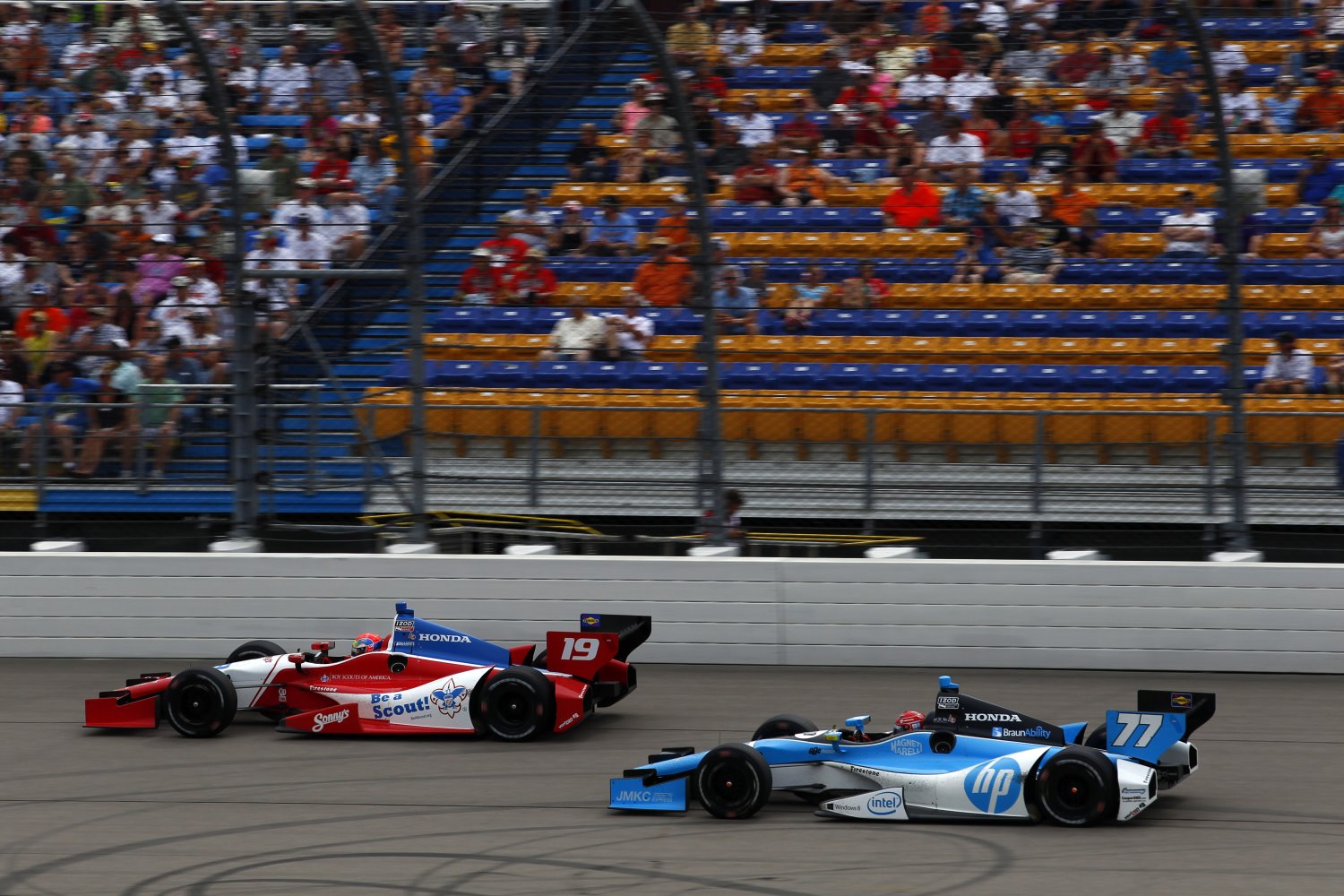 Iowa Speedway is fast becoming NASCAR country and the significant drop in IndyCar attendance last year can be directly attributed to the fact they cannot sell enough tickets for three NASCAR races and an IndyCar race to fill the grandstands. NASCAR, IndyCar's #1 enemy, is now going in for the kill. IndyCar's days at the track are numbered. Bank on it. We have seen this scenario play out time and time again and the ending is never happy for IndyCar.

The NASCAR Nationwide Series is returning to Iowa Speedway twice in 2014 — its first stop in Newton on Sunday, May 18. Iowa Speedway’s second Nationwide race of the season will be held Saturday, Aug. 2.

The Nationwide news comes on the heels of Thursday’s announcement that Iowa Speedway will host a combined NASCAR Camping World Truck Series/IndyCar Series weekend on July 11-12 of next year, with the IndyCar race bumping its distance from 250 miles to 300.