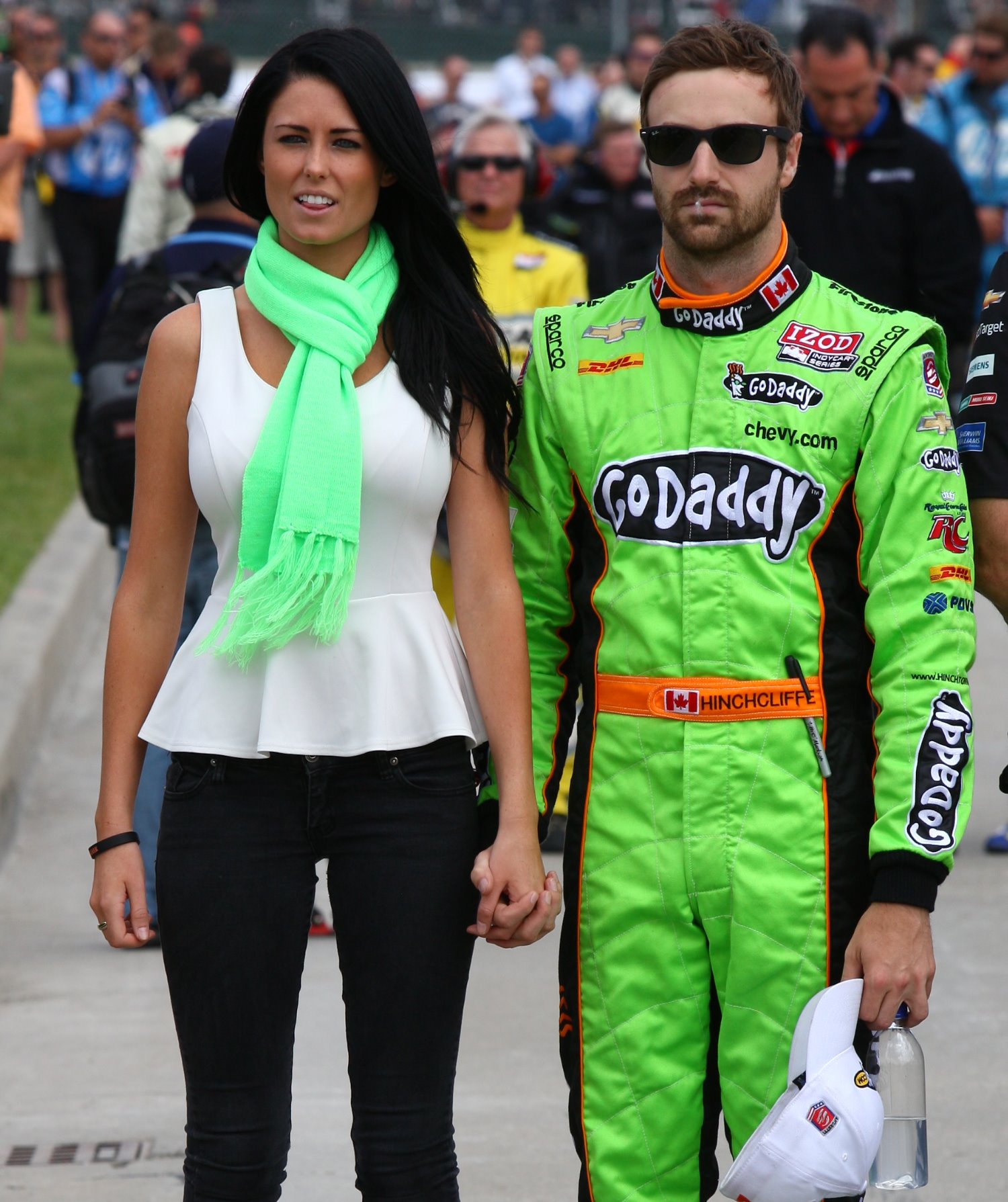 UPDATE #2 This rumor is downgraded to 'false' today. “The Andretti Autosport team will have very exciting announcements about drivers and sponsors in the very near future," said Andretti Autosport director of corporate communications Ryann Rigsby when reached by RACER on Thursday.

Andretti Autosport had been in discussion with Chevrolet, but as has been rumored since the Ganassi switch was revealed at Houston, the need for Honda to sign a replacement anchor team and for Andretti to position itself as the top program for a manufacturer has met its expected outcome.

Assistance from Honda Canada, which has also been mentioned as a possible source of funding to keep Hinchcliffe at Andretti, should be confirmed in the Hinchcliffe press conference.

10/10/13 It is "nearly certain" that GoDaddy "will not be back" as IndyCar driver James Hinchcliffe's sponsor next season, according to Dean McNulty of the TORONTO SUN. GoDaddy "has not made an official announcement yet but it is generally known it is taking all of its money to NASCAR next season." Hinchcliffe said, "I am still in touch with GoDaddy because I am still their driver, but they are exploring all their options. They are looking at all their sports sponsorships. I imagine a decision is imminent." Hinchcliffe is at the end of his contract with Andretti AutoSport and said of his plans for next season, "We have a couple of things brewing, but a couple of things still have to fall into place. We certainly have some decent options out there." McNulty notes it is "an open secret" that Hinchcliffe "has been offered a lucrative deal by KV Racing Technology." There also is the "strong possibility he will be back with Andretti." Toronto Sun

As he chugged champagne following his first podium finish in eight races, James Hinchcliffe knew he had decisions to make about his future.

He had an offer from KV Racing to replace Indianapolis 500 winner Tony Kanaan, and the team made it clear last weekend at the Grand Prix of Houston it was anxious for an answer. With sponsors on hold because of financial agreements that had been previously structured around Kanaan, KV wasn't interested in a lengthy courtship of Hinchcliffe.

But Hinchcliffe, a three-race winner this season, was in no hurry.

"I'm not in a rush," said Hinchcliffe, who finished third Sunday at the Grand Prix of Houston. "There are still some things I need to fall into place. I don't feel the need to find something tomorrow to make sure that I'm going to be in a car."

Current team Andretti Autosport is still trying to secure the sponsorship package needed to offer him a contract extension, and GoDaddy has yet to formally announce whether it will have a role in IndyCar next season.

Also, Hinchcliffe has also never been ruled out at Chip Ganassi Racing. Although Kanaan signed last week for the fourth seat that many assumed Hinchcliffe was a candidate to drive in 2014, Hinchcliffe could be in play at Ganassi for a hybrid role across multiple series.

The team has already said it’s looking to add a second entry next season in the merged Grand-AM and ALMS sports car series, and Ganassi probably will need a fill-in Nationwide Series driver for stand-alone races that Kyle Larson can't get to next year once he's moved up to the Sprint Cup Series. Ganassi does not discuss driver negotiations publicly.

Waiting to see how things play out with Andretti and Ganassi makes sense for Hinchcliffe.

When he announced Kanaan's signing, Ganassi also said he was moving to Chevrolet next season. That immediately led to speculation Andretti must consider a manufacturer swap back to Honda — a partnership that produced three championships and two Indianapolis 500s from 2003-11. An Andretti return to Honda could also align Hinchcliffe with Honda Canada, a longtime supporter of Canadian drivers.

With Ganassi, there's also the potential of teaming with longtime Ganassi sponsor Target, which expanded in Canada this summer. Although Target sponsors the IndyCar entries for Scott Dixon and Dario Franchitti, and the NASCAR effort that Larson will drive next season, it could have interest in pairing with a Canadian driver now that its adding stores in that country.

Hinchcliffe said he was looking at his long-term future when considering all scenarios.

"Obviously, it would be nice to have something done in time for the last race of the year and know what you're doing going into the offseason," Hinchcliffe said. "But at the end of the day, we have a couple things in the works, and if any of them come together, I'm a very lucky guy. So it's an interesting thing. It's a new kind of position I find myself in.

"I need to make sure it's the right decision that sets me up for the future. I can't see short-term in this." Star Tribune/AP