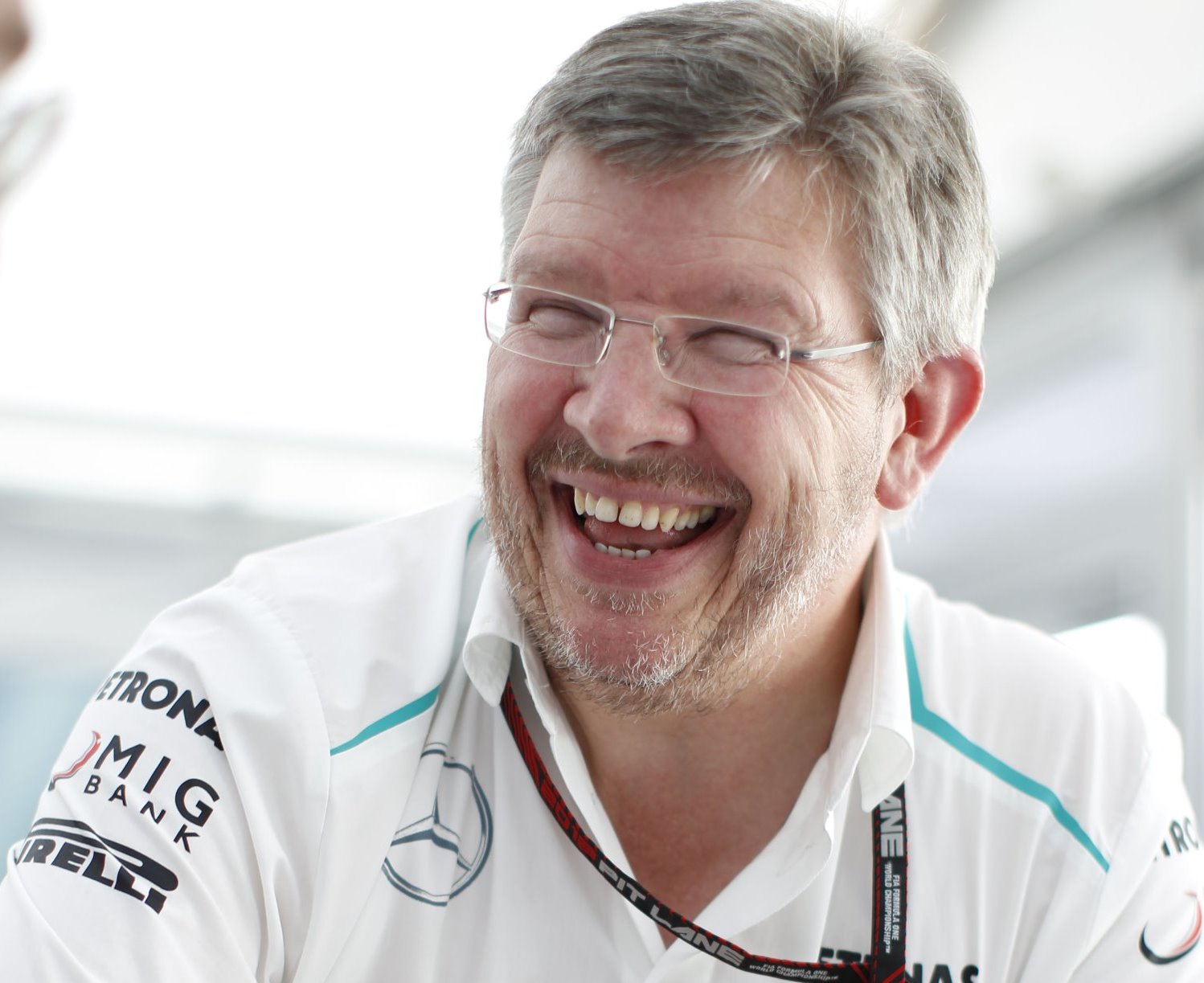 This rumor is downgraded to 'false' today. Ross Brawn has ruled out leaving the Mercedes Formula 1 team as discussions continue about how the squad will be run in the future.

"Genuinely, I have not had any discussion with Honda or McLaren about the future," Brawn told AUTOSPORT, referring to speculation he could be on the move.

"I am in discussion with Niki Lauda and the board about how we run the team in the future. Also we've got Paddy Lowe on board now.

"Niki and Toto Wolff are getting more familiar with the team and we need to understand how we're going to run the team in the future. So those discussions are on-going but we have not reached any conclusions yet."

10/09/13 (GMM) Ross Brawn on Wednesday added his own denial to reports he has decided to leave Mercedes at the end of the season.

Chairman Niki Lauda has already played down the reports, saying he is in negotiations with 58-year-old team boss Brawn, who he would like to keep at Brackley.

But the big rumor is that Brawn has decided to leave because his obvious successor at Mercedes is Paddy Lowe.

Brawn is being linked with a move to 2015 McLaren engine supplier Honda, but the Japanese carmaker's motor racing boss Yasuhisa Arai on Wednesday denied that.

"I've never heard of that and it is a surprise," he told British broadcaster Sky.

"I don't think it will happen," said Arai.

Brawn added his own denial on Wednesday. "The situation is the same as it has been for the last few weeks," he told Germany's Auto Motor und Sport.

"I am still talking to Niki about my role in the team."

He was even more strident when asked about McLaren and Honda.

"I have not spoken a word with Honda or McLaren," said Brawn. "My decision can wait until the winter.

"I'm not someone who makes a decision overnight. Should I look elsewhere, I would think about it very hard and consider the options carefully.

"It takes time," he insisted.

Auto Motor und Sport said Brawn, a keen salmon and trout fisherman, has not even ruled out taking a sabbatical.

"It would not be the first time," he smiled.

10/07/13 (GMM) Mercedes on Monday denied reports Ross Brawn has decided to leave the team at the end of the season.

Germany's Sport Bild had said the 58-year-old Briton will hand over as team boss to Paddy Lowe, and possibly re-join the 2015 McLaren engine supplier Honda.

Lauda did, however, admit that negotiations are currently taking place, but a decision will "definitely not" be made within the current season.

He said Mercedes wants to keep Brawn on board, "but of course it's his decision".

10/07/13 (GMM) Ross Brawn will hand over the reigns as Mercedes team boss to Paddy Lowe at the end of the season.

That is the claim on Monday of Germany's Sport Bild, reporting that 58-year-old Briton Brawn will possibly join 2015 McLaren engine supplier Honda.

Brawn was the boss of Honda's Brackley based works team until the Japanese manufacturer pulled out of F1 at the end of 2008.

He led a management buyout, winning the title with Jenson Button as 'Brawn GP' in 2009 and sold the team to Mercedes at the end of the season.

Correspondents Ralf Bach and Bianca Garloff said Brawn told Mercedes chairman Niki Lauda of his decision to leave the team in Korea at the weekend.

Sport Bild said Lowe's arrival this season from McLaren was a trigger for Brawn's decision, and also that he did not fully support the change of structure involving Lauda and Toto Wolff.