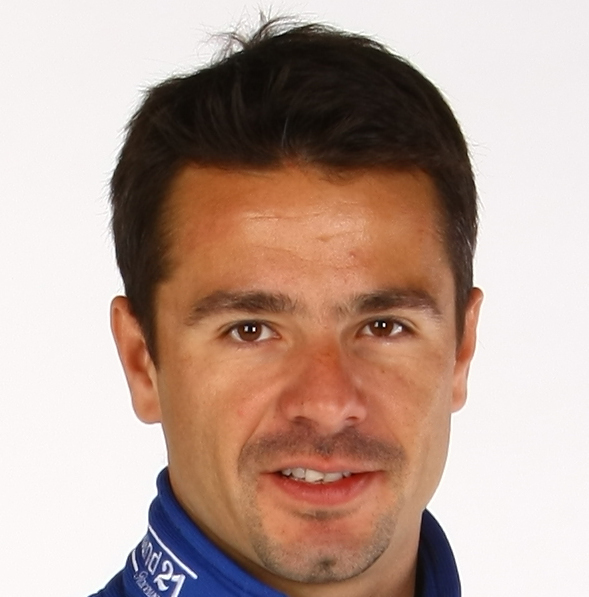 Q. What do you remember about that race at Iowa Speedway and the facility, and how much are you looking forward to getting back to that oval?

ORIOL SERVIA: I was very surprised how that oval is, because I didn't know what to expect. I knew it was a short oval, but the high banking makes it still like a Super Speedway, but with no straightaway. I thought it was very difficult with the high banks and it's very intense. It's like you're on it all the time.

Q. Talk about the 2011 season so far, you and the No. 2 Newman Haas Racing team have been right there with the No. 10 and 12 car this season. How did you and Newman/Haas get to where you are after last season with one car; they were not as strong as they are this year with you.

ORIOL SERVIA: Well, I think it's just a lot of hard work. I think, you know, we all know Newman/Haas has always been a great team with a lot of success, and last year when things didn't work out and then they decided to hire me, you know, that was the goal, bring it back to the front. We didn't know how soon we were going to be able to do that, and to be honest, we've been a little surprised to be third in points at this point in the championship.

We are very happy. There's still a big step to go to catch Ganassi and Penske and we know that, but we are very encouraged of the work done so far and ready to keep doing it.

Q. You mentioned after the race at Milwaukee, you got your first podium in Milwaukee with Newman/Haas Racing in 2005, and last week, almost a carbon copy, you came from the fifth row and finished third. Has much changed from 2005?

ORIOL SERVIA: They have had a different turnaround of people. It’s not exactly the same people, but I would say that the core of the team is the same. They have some of the same engineers, some of the same mechanics that have been there for 20 years. So the way they do things is exactly the same. You know, the way they approach the weekend, how hard they work, how well prepared the cars are, how behind the driver they are.

So all of those things are exactly the same and it just makes it easier, like for me, jumping in this year, we continue racing, so it's been one of the reasons FOR the success we have been having for sure.

Q. When you interact with fans, do you find that maybe there's a whole generation that doesn't know the history of Newman/Haas and Mario Andretti and Nigel man sell and that I be that that was IndyCar's first glamour team?

ORIOL SERVIA: I don't know. I haven't found that. Just because I think it was only like the last couple of years that they were not as successful.

If we are talking about kids now, you know, of course, if you talk to a tenâ€'yearâ€'old, they don't know what Newman/Haas means and what it is. I would say when you start talking from 18 and above, they all still know and remember where we come from.

Q. I know you get asked this a lot and especially with your name being mentioned with a lot of the greats of the sport: Does that ever sink in that you're mentioned alongside Mears and Rutherford and some of those names in the pantheon of Indy car racing?

DARIO FRANCHITTI: No, it doesn't really sink in. It's almost, sometimes I hear somebody say it, and I think, they are just kidding; in a couple of minutes, they will tell the real story.

But I'm obviously very proud of all the wins, and I never thought I would get to this stage of having won 29 races now. Something I'm very proud of, and it still comes as a shock when they talk about guys like Johnny Rutherford and Rick Mears. When I first came over here I was driving for Carl Hogan. He took me aside on my first day on the oval, and took me aside and said, "You don't do it like that. You do it like this." He really was helpful. It's kind of a strange feeling to be in the company of those two great drivers.

Q. I mentioned the two wins at Iowa Speedway in 2007 and 2009, you were in contention for a third win last year when you had a mechanical issue. What is it about Iowa that suits your style so well?

DARIO FRANCHITTI: I think I've been lucky to great cars at Iowa. I know what I need out of the car, from the first year, I have a feeling â€'â€' I know what I need to have. And with my engineer and all of the guys on the Target team, we have managed to find that the last couple of years.

Last year was kind of weird. It's very unusual to have mechanical failures, especially in the gear box with the paddle shift now. So that was a tough one to take. But up until that point, it had been a great race with Tony and he was a very deserved winner at the end of that race and we were having a mighty old fight in the middle of the race.

But I think Iowa really puts on good races, and it's been a night race, it will add an extra dimension to it this year.

Q. And finally, you're level with Will on points, and there's nine races to go. Is your mentality just race, do the best you can, and just let the points fall what they may, or at some point, when do you say, 'I'm racing Will'?

DARIO FRANCHITTI: I think you're racing everybody out there. I just look at it as one race at a time. Just Iowa this weekend, go out there and win that, and if we can't, try and finish second. Just try and do the best you can every single weekend.

Will is a terrific competitor, there's no doubt about it. And his team are backing him up 100 percent. So I think he's ultimately been very consistent, as well, but on a performance basis, there's so many people now that can go out there and win any race. We have seen obviously the Target, the Penske guys, too. You've got the satellite team with Chip now. Certainly Newman/Haas have come on very strong this year and the KB guys, as well, and there's multiple other teams out there that weekâ€'in and weekâ€'out challenge for victory.

The competition is not getting any easier and it's definitely making our job harder, which that's what we like.

Q. How important is this weekend's race at Iowa, given where you are in the points standings, and especially given that coming up after Iowa, five of the next six races are on road courses where certainly Will has proven that he's so strong?

DARIO FRANCHITTI: Well, the whole point of the championship, the points at the end are the same at the end and all races in between. Like I said, you focus on each race weekend and try to get the most out of that. No race is more important than another, except for the Indianapolis 500. That's the one that really stands out to me as the one race of the season that's any different than all of the others.

And Will, yeah, Will's done a great job on the road and street courses but we beat him at St. Pete this year, and we are working very hard to put ourselves in a position to beat him in this next road course stretch coming up. And also the oval this weekend, I think he's going to be very strong at Iowa.