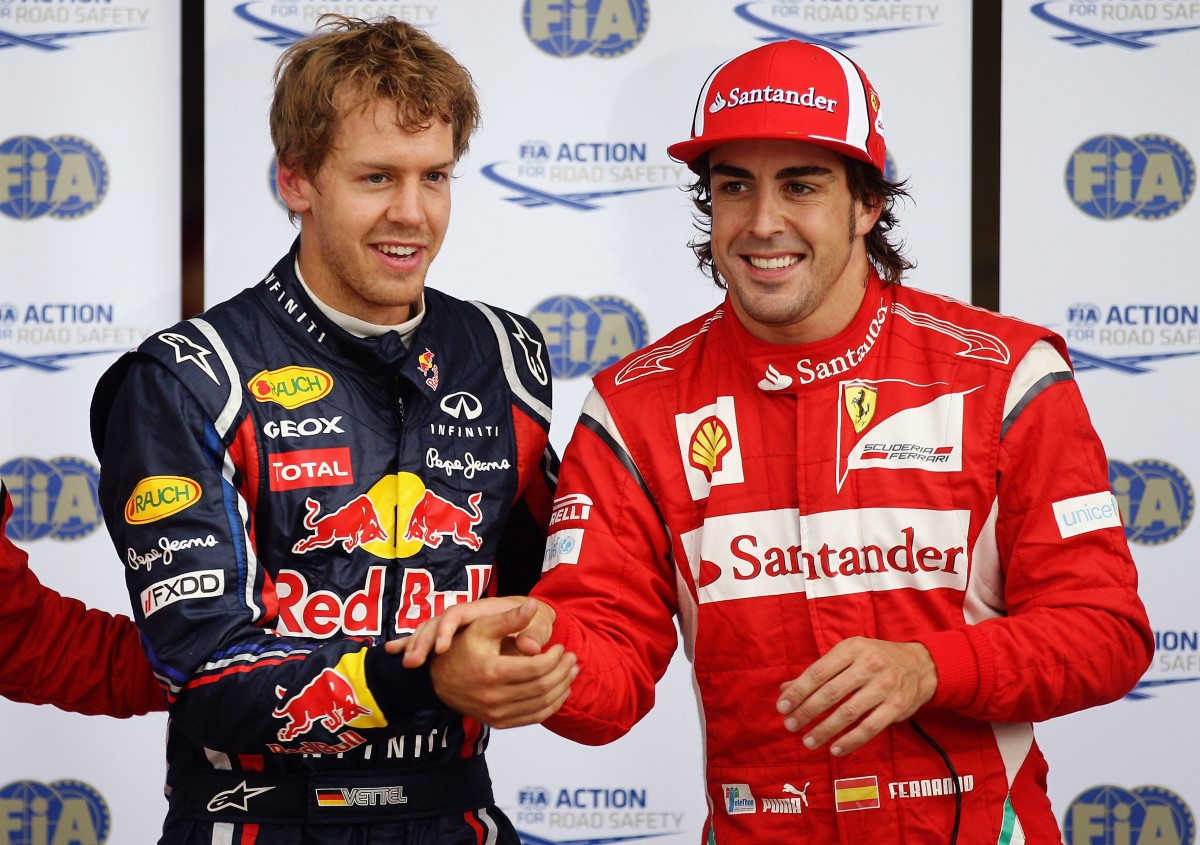 If the Montreal circuit is not supposed to be ideally suited to Red Bull, nobody has told F1's fastest driver, Sebastian Vettel, the world champion taking a 21st career pole and the sixth in seven 2011 races in Montreal.

"We've made up some ground from last year here, when we sacrificed qualifying with a different strategy and I feel comfortable," Vettel said. "It was a tough start yesterday morning when I hit the wall but we've done a good job and made a strong recovery. I need to make sure crashing the car on a Friday doesn't become a habit! It's a tricky track with the curbs and chicanes and the heavy braking down from high speed. We were able to use the first timed lap of the tires and I'm very happy but the main task comes tomorrow.

"We are expecting to see some rain in the race but it's a question of when and how much. Our long runs looked promising, I think the pace is there in the car and although it won't be easy, we are ready to fight."

"It's the best qualifying result of the year for the team and better than we expected," Spaniard Alonso said, "The whole weekend has been smooth but we are expecting different conditions tomorrow and hopefully we can have a strong race and challenge for the win."

Felipe Massa has looked more like his old self in Montreal, quickest of all in Q2 and only pipped by Alonso on the final lap of Q3, by two hundredths of a second.

"It's a very good weekend up to now," Massa said. "We were competitive yesterday, this morning and in qualifying and when we were on the same tires as Red Bull we were looking comparable. The grip is better and although the weather will probably be different tomorrow it is always good to be up front."

Mark Webber (1:13.429) lines up fourth in the second Red Bull, four tenths down on his teammate after missing the entire morning session due to a KERS battery problem. Again the Australian didn't have the use of KERS in qualifying, so his performance is a strong one.

Michael Schumacher (1:13.865), six times a Canadian GP winner, was just 0.05s slower with the second of Ross Brawn's cars but it was a big enough margin for the pair to be split by Jenson Button (1:13.838) in the second McLaren.