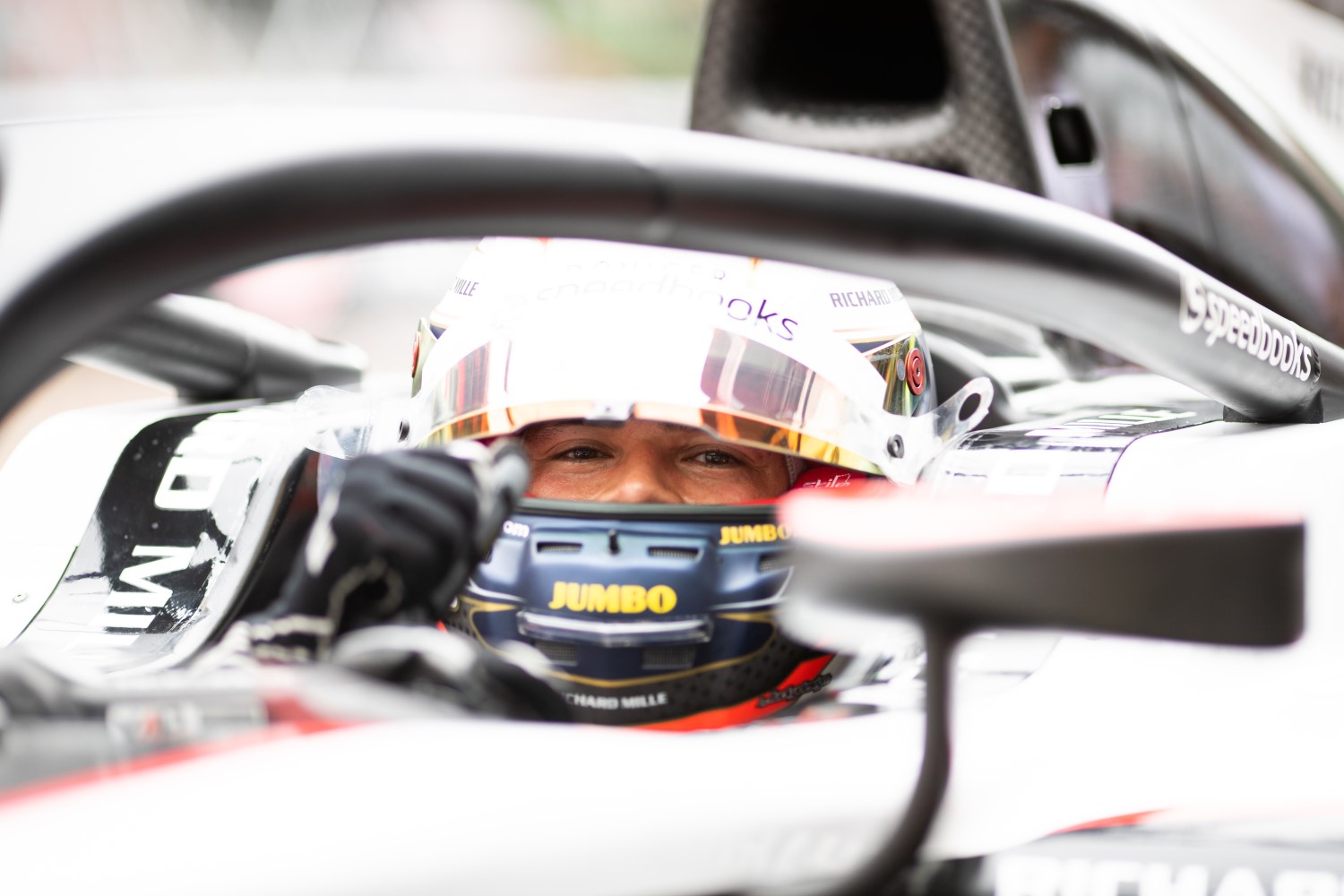 Nyck De Vries put on a show in the streets of Monaco to seal pole position with a scorching laptime of 1:20.676 in this afternoon’s FIA Formula 2 Qualifying session Group B. Having set the best laptime of the other group, Sauber Junior Team by Charouz’s Callum Ilott will join the Dutchman on the front row in tomorrow’s Feature Race, with UNI-Virtuosi’s Luca Ghiotto starting from third.

As per every year, the F2 qualifying was split into two groups of 16 minutes each, with Group A made of all odd-numbered cars. Mick Schumacher set the early pace before the drivers dived back into the pits for a fresh set of supersofts. Guanyu Zhou put the PREMA man in the shade upon their return to the track, lapping more than 3s faster than the German. Louis Deletraz and Anthoine Hubert followed suit before Sergio Sette Camara smashed the 1m22s barrier for the lead.

The Brazilian’s lap was already quicker than that of last year’s Monaco poleman Alex Albon (also on DAMS), but this didn’t deter the fearless Ilott who flew to the top of the table with a time of 1:21.462. Precious little time remained for the rest of Group A, but all eyes were still set on toppling the Brit.

Schumacher had enough in the tank to take second, but couldn’t match the speed of his fellow Ferrari Junior, while Sette Camara and Hubert also fell just short in third and fourth.

The second group took to the track 9 minutes later, fueled by the knowledge of the time they would need to beat. Nobuharu Matsushita’s first attempt of 1:22.853 looked promising before the group retreated to the pitlane for new boots.

Armed with fresh compounds, De Vries needed little time on the familiar streets of Monte Carlo to send a statement to the rest of the grid with a new best lap of 1:21.159 thus ensuring Group B of pole position. It was a time too fast for title rival Nicholas Latifi, who raced round 0.2s slower.

A yellow flag looked likely when Dorian Boccolacci lost control of his Campos and slammed into the wall which could have cost the group valuable time in their hunt for pole. Luckily, the Frenchman was able to return to the pit lane which allowed the Dutchman at the top to beat his own time and smash through the 1m21s barrier.

Luca Ghiotto couldn’t draw the same speed from his UNI-Virtuosi, but did do enough to steal second from Nicholas Latifi at the death. Ahead of the session, the Canadian had received a 3 grid drop penalty for cutting the white line at the pit exit when the red light was illuminated during this morning’s free practice.

With the results aggregated, De Vries will start from pole position, flanked by Ilott. Ghiotto will complete the top three ahead of Schumacher and Sette Camara. Sean Gelael, Anthoine Hubert, Latifi, Matsushita and Deletraz make up the rest of the top ten.

With Championship leader Latifi down in eighth, De Vries and Ghiotto will sense the potential to shake up the standings. Meanwhile, Ilott will be looking for a second podium finish in as many rounds, when the cars hit the streets of Monte Carlo in tomorrow’s Feature Race.