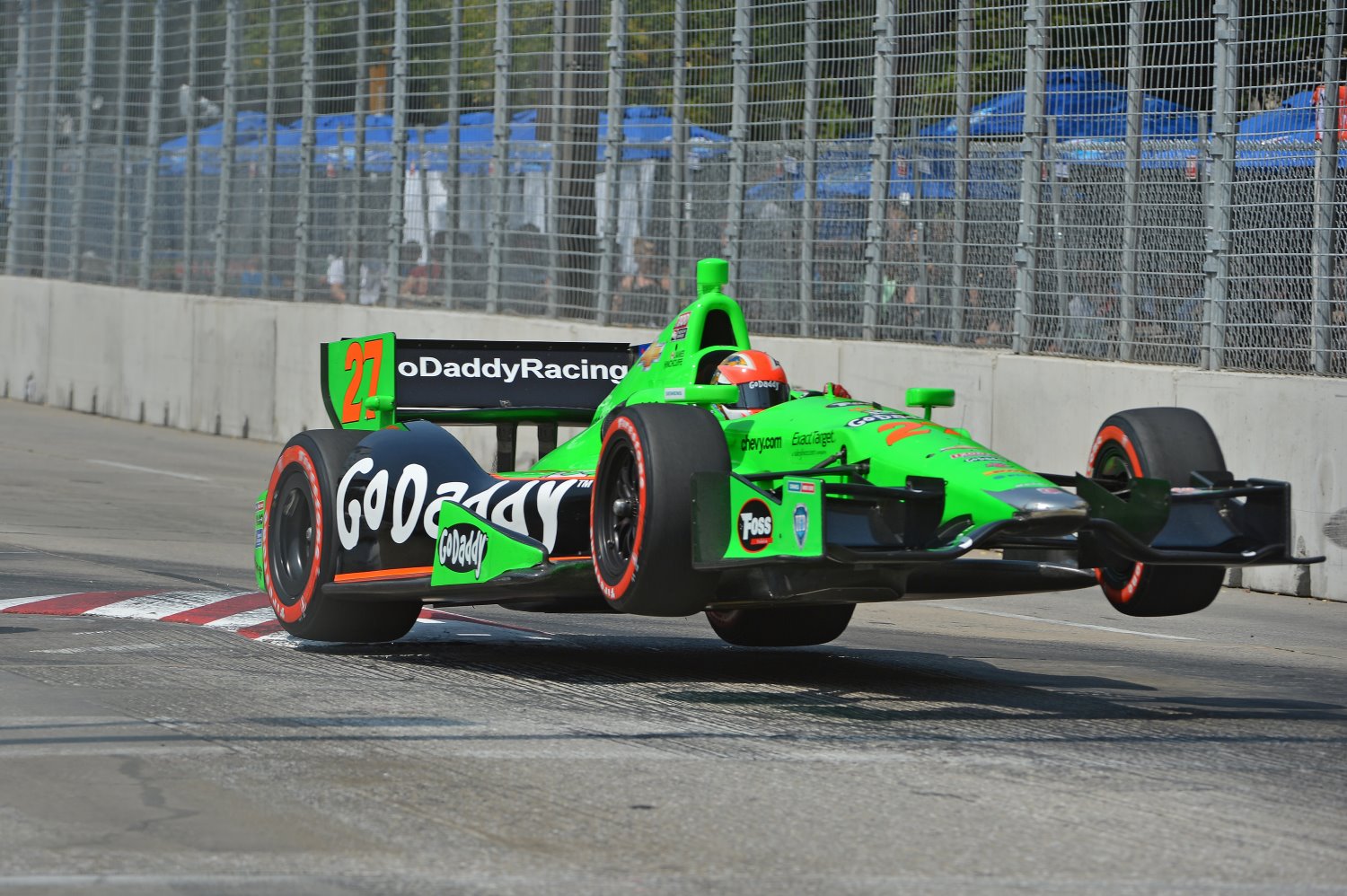 Word is the announcement on details of the new body kits and the testing program planned for this weekend has been postponed. Apparently IndyCar threw Chevy and Honda a curveball when they told them some of their body kits parts have to be sourced through Dallara. Chevy and Honda said whoa, we are not participating in any press conference then until we understand what sourcing parts through Dallara means. Each want to make their own parts and not have a possible future body kit competitor getting any of their body kit secrets.

While most drivers hate the Baltimore chicane because they have all gone flying out of control through it (i.e. they got it all wrong) but at least one driver loves it. Oriol Servia, who is perhaps the fastest driver through chicanes on the circuit, told AR1.com he thought "the chicane was great."

"Chicanes bring an element of skill and fans like them. Look how popular they were in Surfers," said Servia. "I think the chicanes here are fine."

We joked with Servia about IndyCar someday racing in Spain, his home country. "If they ever want to race in Spain, they need to talk to me. My father runs the Barcelona, Spain circuit," said Servia.

Servia has nothing going for next year yet, but he is working on it.

Things are looking up for the Baltimore GP…We are told ticket sales are up from last year, hospitality is up and the vendors are saying they are up 25% from last year and there are some people involved with the event say that it will grow to over 200,000 3-day attendance in a few years. The ALMS race is on now and attendance is very good.

It looks fairly definite that the Baltimore race will be in August the next two years before it could move back to Labor Day weekend. We expect the race to remain a joint effort between IndyCar and USCR, they just need to agree on a date in August. Did you know they spend $250K every year just to pave over the RR tracks and then remove it after the race is over. We hear the race promoter has given IndyCar two possible August dates that work for the city next year and now it is up to IndyCar to make one of them work. With two other races already in August – Mid-Ohio and Sonoma, that may be difficult. However, how poorly attended Sonoma was this year, one has to wonder if that race will continue.

Word is that Ft. Lauderdale needs an infusion of over $10 million to prepare the circuit for an IndyCar race and right now no one has stepped up to pay it yet. We hear if IndyCar was willing to forego much of their sanctioning fee for a couple of years to offset some of the $10 million then the race could have happened in 2014, but IndyCar wants their money so no Ft. Lauderdale. Too bad, it would be huge.

IZOD IndyCar Series officials announced the #16 Jakes team will receive a 10-spot grid penalty for Sunday's race for an violation of the engine sporting regulations:

Brakes are a real concern for Sunday's race. Some drivers are reporting that their brakes are overheating after just three laps so if drivers start losing their brakes Sunday the race is going to get real interesting.

Given the huge wreck in Saturday's ALMS race that blocked the entire main straight, one has to wonder why the heck the IndyCar race is not going to be a standing start. The chicane before the S/F line is simply in the way of a clean rolling start.

Word is that HVM boss Keith Wiggins is leaning toward not fielding their own IndyCar next year and will likely run EJ Viso under the Andretti Autosport banner once again.

Word is that Ed Carpenter Racing is still trying to expand to a 2-car team in 2014. But will Chevy be willing to supply the engines? Related to that, we hear Chevy and Honda are not particularly fond of adding an international winter series given they lose money on each and every race on the schedule. Chances are they will want more money for those engine leases.

Speaking of engines, the rules state that any new manufacturer entering the series must submit their application 18 months ahead of their first race. So if Audi plans to come as rumored, they need to announce it by October. Mark C. reporting from Baltimore