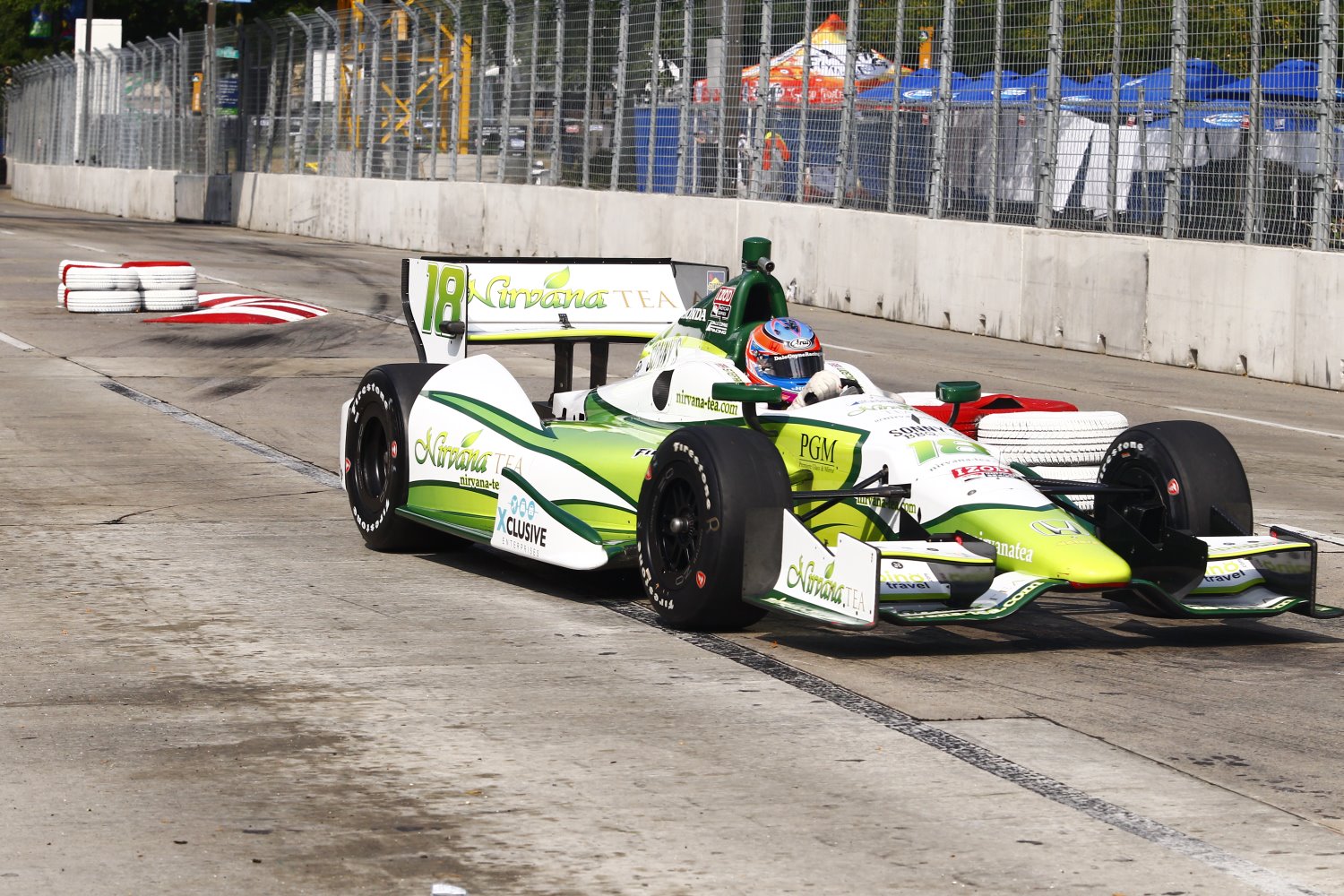 UPDATE #2 Quotes of the day- "There are no more wankers in IndyCar today." Jimmy Vasser

12 is the number. Jimmy Vasser drove the No. 12 in IndyCar, Tony Kanaan won the Indy 500 is his 12th start driving for Vasser. They pitted in pit No. 12, his Vineyard is V12 and the night before the Indy 500 Kanaan's car odometer turned to 1112 and stopped. And now Kanaan has broken Jimmy Vasser's consecutive IndyCar starts record with 212.

"Well obviously as a race car driver you never count laps or count numbers of races, and obviously when this question popped up in the beginning of the year, I thought it was pretty cool for many reasons. I think, we won the 500, and it was all about numbers and stuff, that me and Jimmy got hooked into this thing. All the sudden 212…12 was Jimmy's number, and here we are again talking about it.

"I think I'm thrilled, honestly, at achieving such a record. It proves that, I don't know if I'm a tough guy or not, I've raced through some of the injuries that I've had in the past, but hopefully I'll be able to hold on for like 14 years like Jimmy did. I have some tough competition behind me, young guys that are going to be here forever, so hopefully we'll keep stretching that so it will take a long time to beat."

(About his career highlights) "I think we have plenty. I would say winning the Indy Lights championship was obviously what gave me the opportunity to jump to the big cars. When I signed with Andretti, which was the biggest team I had ever signed with, won Honda's first race in INDYCAR, which was my first win as well in the series. Then the 500. Signing the contract the week before the race with my good friend Jimmy was definitely, I would say, with all of those probably that was the happiest moment because of different circumstances. But I think, obviously the 500, especially the way we did it. It could have come in very different ways over the past 12 years. I don't know if somebody had a plan for that, but just the way that weekend happened with Zanardi, the medal, Jimmy. I sat down at a press conference the other day, somebody asked me the other day 'What was the best picture of the weekend?' And I have to say, Zanardi crying after the race, which I've never seen that before, and when Jimmy hopped on the side of the car, those are the moments I'm going to take. I know I have the ring and they're going to put my face on the trophy, those things are obviously cool, but the memories are what's going to last. So that's probably the best one."
Stefan Wilson thrown in the deep end:
"I kind of described it as being thrown into the deep end of the pool with no arm bands on, getting to debut here at the Grand Prix of Baltimore. After the first practice session, I say it was more like being thrown into the ocean without arm bands. There's definitely a huge learning curve, it's definitely one of the toughest tracks in the series. It's so bumpy out there, there's a lot of sections, it doesn't really take much to lock the wheel and find yourself in a tricky position."

(About his goals for the weekend): "It's tricky, definitely want to put on a good showing. I think that will definitely help me for next year. But at the same time we've got to set realistic expectations. Without a lot of testing and without a lot of seat time in the Indy car. It's going to be a lot to get up to speed. I just need to do the best I can and the main thing for me is to come out of the weekend knowing more than when I came into the weekend. I'm just treating it as an opportunity to gain experience if something does come about next year. It's important to go out there and have a clean race just so other teams can see that I have what it takes to be in the series."

(About Justin): "There's quite a bit of age gap. I've spent a lot of my life looking up to Justin and seeing his achievement. I hope I'm able to achieve what he has in his career. Taking away the brother factor from the weekend. I want it to be a normal weekend where we are two teammates working together to get the best out of the car. Justin has had some tremendous teammates through the years. I want to do just as well as them and be considered by him to be as good. Hopefully, he'll see me not as a brother nagging him but as a teammate."

(Who wins it comes down to you two?): "We crash. (laughing). We need to treat each other like every other race and every other car. It's the only thing we can do. If we start thinking about racing each other, then Tony Kanaan will get around both of us."

Nirvana Tea is sponsoring Stefan Wilson's car this weekend. What is Nirvana Tea you ask? Well according to their website "With a wide variety of premium loose tea offerings to choose from, we're sure you'll find your favorite tea. We can even provide you with a custom blend. Simply give us a call."

We hear the drivers hate the new chicane just before the RR tracks on the main straight is Mickey Mouse. You can see drivers bouncing over them and destroying their cars.

We also hear that IndyCar will announce the rules around testing of the body kits for next year. Word is that they will allow more testing this offseason for the body kits and the testing may start in January. Originally they announced the body kits will only be for the three triple Crown races, but now we hear they will be used at all events.