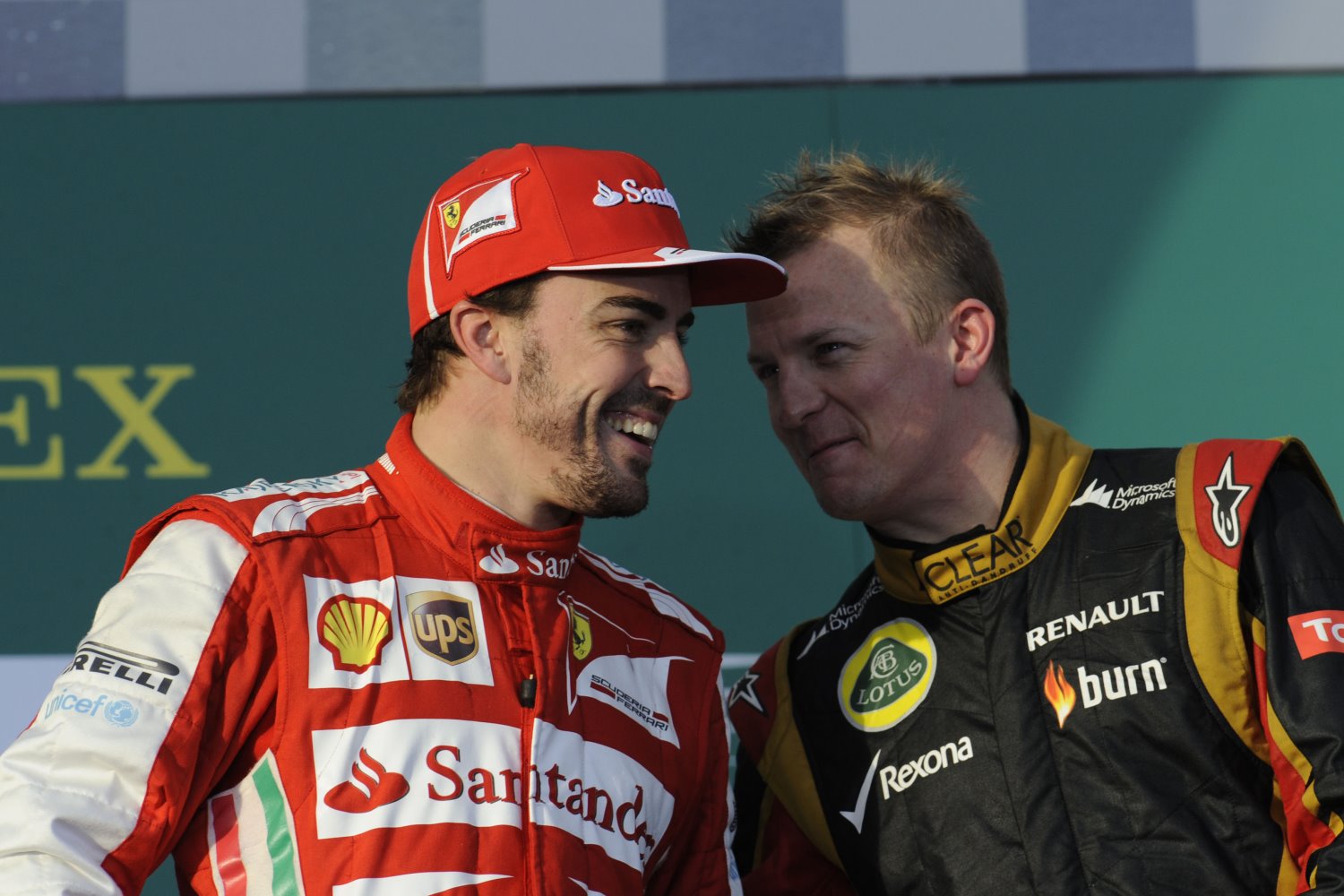 (GMM) Ferrari has moved to ease the speculation about its 2014 driver lineup.

With the Italian team's number 1 driver Fernando Alonso linked with a sensational switch to Red Bull, the future of teammate Felipe Massa is also uncertain beyond his expiring contract.

And now linked with a return to Maranello is the team's 2007 world champion Kimi Raikkonen, after the Finn's manager Steve Robertson said talks with Red Bull had ended.

The Raikkonen-to-Ferrari story got a boost in recent days by Eddie Jordan, a former F1 team boss turned broadcaster, who has in recent times earned a reputation for often correctly predicting driver moves.

Some of Jordan's media centre colleagues, however, are not so sure.

In the wake of Robertson ruling out Red Bull for Raikkonen, Lotus boss Eric Boullier hit the headlines this week when he said the 33-year-old will only stay at the Enstone based team in 2014 at the right price.

Livio Oricchio, writing in O Estado de S.Paulo newspaper, said he interprets that news as Boullier revealing "he knows he has the advantage now" in the negotiations with Raikkonen.

Indeed, with the Red Bull door now closed, Robertson went to great lengths to insist Raikkonen still has "plural" options when it comes to 2014.

"The game has turned in Lotus' favor," said the Brazilian correspondent Oricchio.

That is because many in the paddock doubt Ferrari is really considering pairing its clear number 1 Alonso against a truly top driver like Raikkonen.

"The only positive of the disaster was that the lesson was learned about how harmful conflicting interests in sports can be," he said.

"I would even say that putting Kimi with Fernando would be a time-bomb with difficult and unpredictable consequences."

Another aspect that speaks against Raikkonen's return is that reports in recent days have suggested Ferrari president Luca di Montezemolo is not convinced.

"It would be an admission by him (Montezemolo) that sending Kimi away at the end of 2009 was a huge mistake," noted Rafael Lopes, writing for Brazil's Globo Esporte.

So, given the speculation, it is no surprise Stefano Domenicali is playing it all down.

"We have spelt it out many times before," said Ferrari's team boss ahead of this weekend's Belgian grand prix, the first race after the August break.

"The driver topic is definitely not a priority," Domenicali insisted.

"There is much talk outside the company regarding the future, but we must concentrate only on the present, on the fight for the championship," he added.

Domenicali also backed Montezemolo's recent comments, which were interpreted by many as a harsh rebuke of Alonso just as the Red Bull rumors were gaining steam.

"The words of our president before the summer break must serve as a stimulus, because they were meant as the words of a good family father, who, first and foremost, really roots for our team," he said.