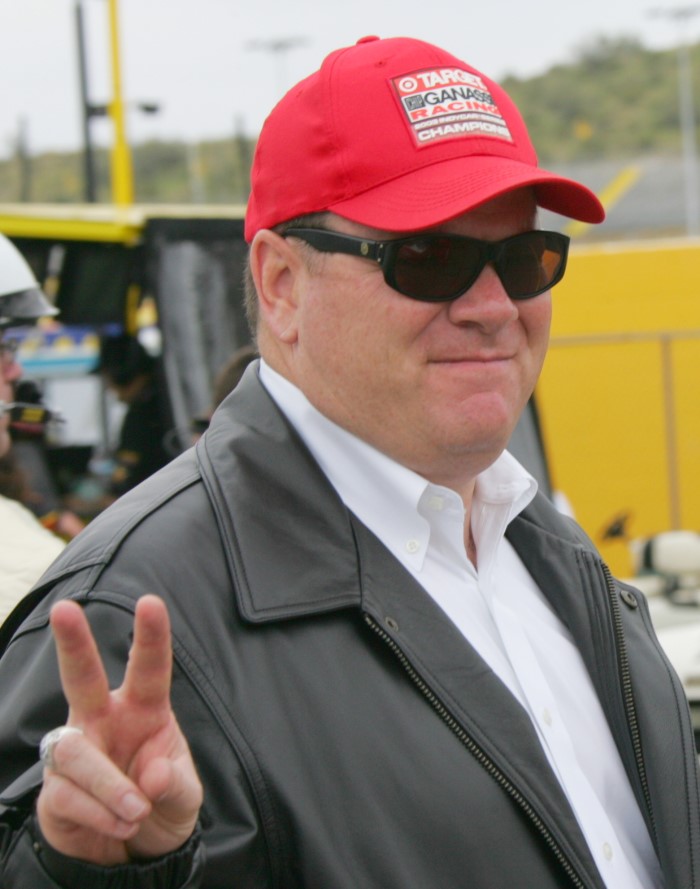 Ganassi Among Contenders For Champion of Champions

National Speed Sport News will reveal the eighth winner of the annual Economaki Champion of Champions in its Dec. 15 year-end issue. Chip Ganassi is the first team owner nominated for this award. The award is annually given to the North American racing champion judged to have had the best season on and off the track. The NSSN staff has selected 11 deserving finalists for this year’s honor, which goes to the champion who is judged to provide the best combination of on-track success and dedication to the sport.

Chip Ganassi recently received the first-ever International Motorsports Industry Show (IMIS) Achievement Award during the IMIS welcome reception at Lucas Oil Stadium in downtown Indianapolis. Chris Paulsen, owner of C&R Racing and one of the founders of IMIS, presented the award to Ganassi, who scored two championships and numerous high-profile race wins throughout the 2010 season as an owner in the NASCAR Sprint Cup Series, IZOD IndyCar Series and GRAND-AM Rolex Sports Car Series.

Before 2010, only horses could claim the Triple Crown. Then, Pittsburgh’s Chip Ganassi came along and added horsepower to the distinction. Ganassi became the first car owner to win the Daytona 500 and the Indianapolis 500 in the same year and only the second owner to win both in a career. Then he added a win at the Brickyard 400 — a NASCAR race at the Indianapolis Motor Speedway. He now has another first: the first-ever Dapper Dan Sports Leadership Award, which he will receive at Pittsburgh's original, largest and most prestigious sports banquet Feb. 9 at the David L. Lawrence Convention Center in downtown Pittsburgh.

Earlier this season the Pittsburgh City Council declared, Tuesday August 31 as “Chip Ganassi Day" in honor of his racing team’s exceptional year. Councilman Bill Peduto presented the proclamation during a council meeting held that morning. Peduto commented that Ganassi is one of Pittsburgh’s greatest champions after his teams were the first to win the “Triple Crown" of American racing. Ganassi driver Jamie McMurray kicked off the 2010 NASCAR Sprint Cup Series season by winning the “Great American Race," the Daytona 500. In May Ganassi’s IndyCar Series driver Dario Franchitti won the historic Indianapolis 500. This marked the first accomplishment as no owner has ever won both of these famed races in the same season. In July, McMurray went on to win at the historic Indianapolis Motor Speedway by capturing the Brickyard 400 victory. Winning these three races is an accomplishment in itself, but to win all three in the same season is something that had never happened. As current NASCAR Sprint Cup Series points leader Kevin Harvick put it following the Brickyard 400, “I think as race teams and race drivers and owners and sponsors, you come into the year, if you're in the IndyCar Series, you want to win the Indy 500; if you're in the Cup Series, you want to win here (Indianapolis) and you want to win at Daytona. To win all those in one year is remarkable. It will probably never happen again."