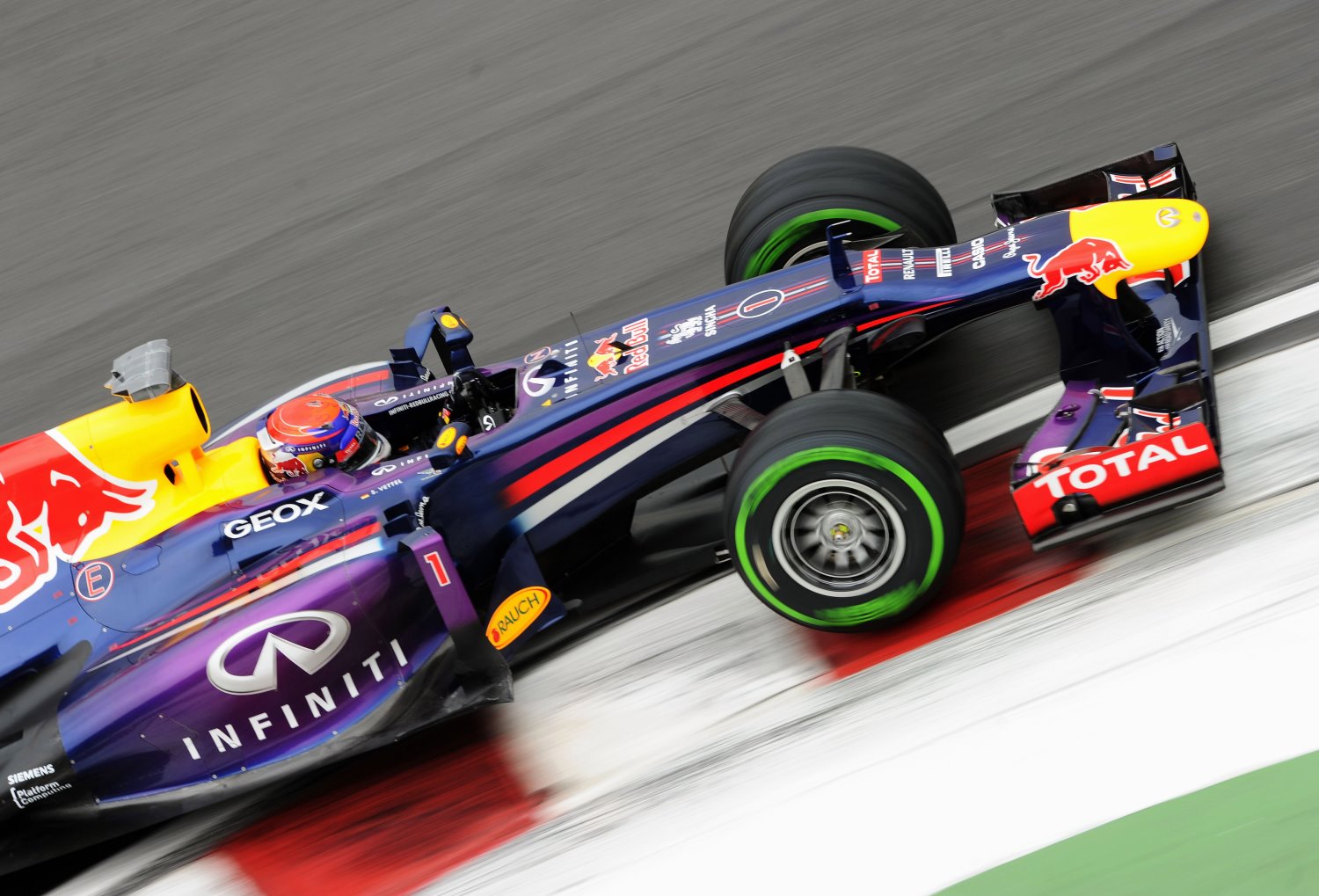 UPDATE #2 (GMM) A photo has emerged that some believe is evidence Red Bull is using illegal 'traction control' aboard its championship-leading RB9 car.

"Bumps or traction control?" a report by Italy's Autosprint said.

The photo shows Mark Webber's single seater exiting a corner in Canada and leaving rubber marks on the track due to wheel spin.

But, apparently moments into the wheel spin, the rubber marks become dotted, as if to depict the kicking-in of a form of traction control, which is not allowed in F1.

The photo was sent in by a reader, who admitted that the dotted wheel spin marks may also have been caused by a phenomenon of resonance in the rear suspension.

"Anyway, the image is worth reporting," the Autosprint story read.

The photo can be seen here.

Sebastian Vettel’s three wins this season may have to do less with his ability and more to do with an illegal component in his car, if the latest speculation is to be believed.

Italian publication Autosprint suspects that Red Bull may be using traction control, which has been banned in Formula 1, to gain a significant advantage and may have credited to its victories this season, particularly at the Canadian Grand Prix.

Vettel dominated the race at Montreal after he won by nearly 15 seconds despite an off in the closing stages which saw the German mowing the grass at Turn 1.

A picture has emerged of Mark Webber, shortly after he had collided with the Caterham of Giedo van der Garde, after the Australian recovered at the hairpin to accelerate towards Turn 11.

“You immediately notice the traces on the track," Autosprint reported. “Those are not continuous (usually darker at the beginning and then gradually faded) of a ‘screech.’"

Since the rubber markings laid down on the track is interrupted, the tread pattern indicates that a traction control-like system may be installed on the car.

“It is the typical behavior of a road car that goes ‘jerky’ with the traction control switched on," believed Autosprint.

Nicknamed ‘Baby Schumi’, the issue is similar to the controversy faced by Michael Schumacher when he won his first championship in 1994.

The retired seven-time world champion drove for Benetton, which powered the German to his first title, when allegations of cheating dogged the team.

Benetton was believed to be running an illegal software, which rivals were sure was traction control, that gave an advantage to the team. GPToday.com