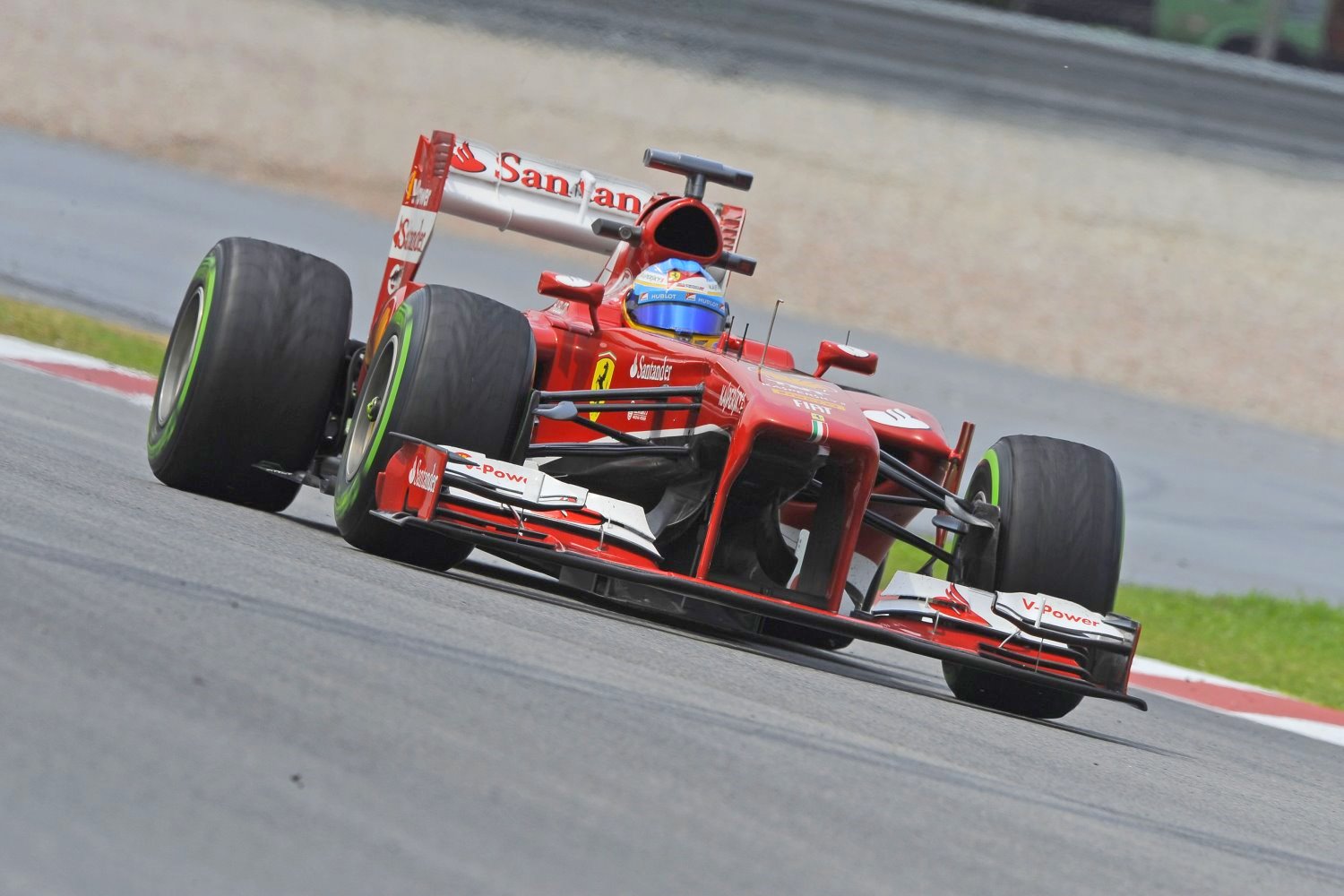 (GMM) Ferrari and Lotus would veto any move to have Pirelli change the compounds of its 2013 tires.

Before the RB9 finished first and second in Malaysia, Red Bull's Dr Helmut Marko claimed F1's Italian tire supplier "has promised" to make changes to its controversial 2013 product in the wake of the high degradation seen so far this season.

Red Bull and Mercedes had reportedly complained to Pirelli that, according to their data, the new tires are wearing out faster when fitted to the very best cars.

"I think Pirelli has realized (the situation) and we have been promised that other compounds will come to Bahrain at the latest," Marko said in Malaysia.

Ironically, those who complained the loudest about tires before the race at Sepang – Red Bull and Mercedes – ultimately monopolized the highest four finishing places, quietening the saga for now.

And, anyway, changing the Pirelli tires on grounds other than safety would require the unanimous agreement of the teams.

Germany's Auto Motor und Sport reported that Lotus, whose Kimi Raikkonen won in Australia, would "veto" any such move.

And Ferrari principal Stefano Domenicali is quoted as saying: "Pirelli cannot change something without the agreement of the teams unless there is an imminent safety risk.

"It makes no sense to panic after two races," he added.