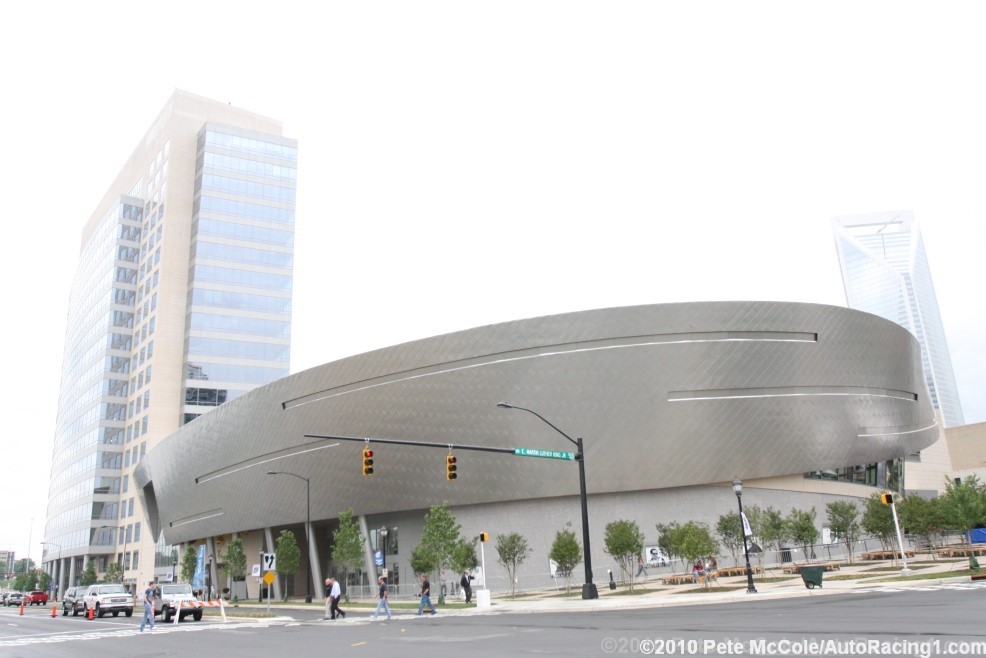 NASCAR ushered in another milestone in the sanctioning body’s long storied history on Tuesday with the grand opening of the $195-million NASCAR Hall Of Fame in Charlotte, NC.

Dozens of legendary drivers and owners spanning over 60 years of the sport’s history were on hand for the event, including members of the first class of five Hall of Fame inductees who were announced last year.

More than five years in the making, largest motorsports organization in the country has a Hall of Fame to call their own, one they hope rivals any of the four major sports in North America.

“I want to tell our fans, you have the best Hall of Fame in the world right here in Charlotte," said NASCAR Chairman and CEO Brian France during Tuesday’s opening ceremony. “We’re going to all walk through and take in over five years of hard work, five years of vision, all put together to have place that going to house NASCAR’s past, its present, its future. This sport deserves that."

The Hall of Fame welcomed in the first five inductees of the Hall Of Fame, which includes founder Bill France, Sr., his son Bill France, Jr. seven-time champions Richard Petty and Dale Earnhardt, Sr. and driver and championship-winning car owner Junior Johnson. All five will be inducted into the Hall in a special ceremony on May 23.

Petty, who has already been inducted into several museums throughout the country, said nothing else compares to being part of the NASCAR Hall of Fame.

“I walked through here, and it jogged my memory, ‘hey I remember this, or that, or I remember getting caught with that piece over there’. It rejuvenates me from that standpoint, but it gives our new fans and would-be fans the history of where we started and what we’ve been able to accomplish."

The site also features a convention center and 19-story office tower, which will house several of NASCAR’s offices.

Charlotte beat out Daytona and Atlanta, Ga. for the site of the Hall Of Fame, which is located in the downtown area about 20 miles south of Charlotte Motor Speedway.

The Charlotte Regional Visitors Authority, which operates the Hall, say the new attraction will create hundreds of new jobs and its projected 400,000 visitors a year will breathe new life into Charlotte’s tourism industry, which sees a significant increase during the two times a year when NASCAR visits Charlotte Motor Speedway.

The Charlotte area is also home to dozens of NASCAR race teams, suppliers and media outlets, which the group said would make the “Queen City of the South" an ideal spot for the Hall of Fame.

“You know we had a lot of options, a lot of cities that would have been a good home for the NASCAR Hall of Fame," said France. “But when you added it all up, when you looked at everything it became very clear to us, after hearing the passionate approach that this community had, the public, private partnership that would come together, the vision they had, it was very clear that Charlotte really was the natural, the best and ultimately the right place for the Hall of Fame."

It’s been a long road from NASCAR’s heyday roots, when moonshine runners would get together and race their supped-up cars they had specially modified to out-run the tax revenuers.

One of the pioneers from those glory days was on hand Tuesday as one of the five first inductees, Junior Johnson, who was pleased that NASCAR were embracing their past.

“I think they finally realized that fighting it off was bad for them, you don’t put down what brought you here, you build it better and better and better," said Johnson. “There’s no place (the Hall of Fame) should have went other than right here where it’s at."

“It will work," said Johnson, added that he hadn’t tested the still. “It took me back. I enjoyed that (back) when I was doing it, but now I know there’s better things."

Since those bootlegging days, NASCAR has evolved into a multi-billion dollar industry, rivaling or in some cases surpassing, the four major North American sports in attendance, television ratings and merchandising.

And now, much like the other four major North American sport’s they have their own Hall of Fame.

“If you’re going to be top-five sport league in this country, you need to have a world class Hall of Fame, I think this is going help to accomplish that," said France. “This is really about having a place our fans can come, to celebrate and look back at the history of the sport, that’s important. For us not to have that in a formal way for all these years, this is going to change that overnight."