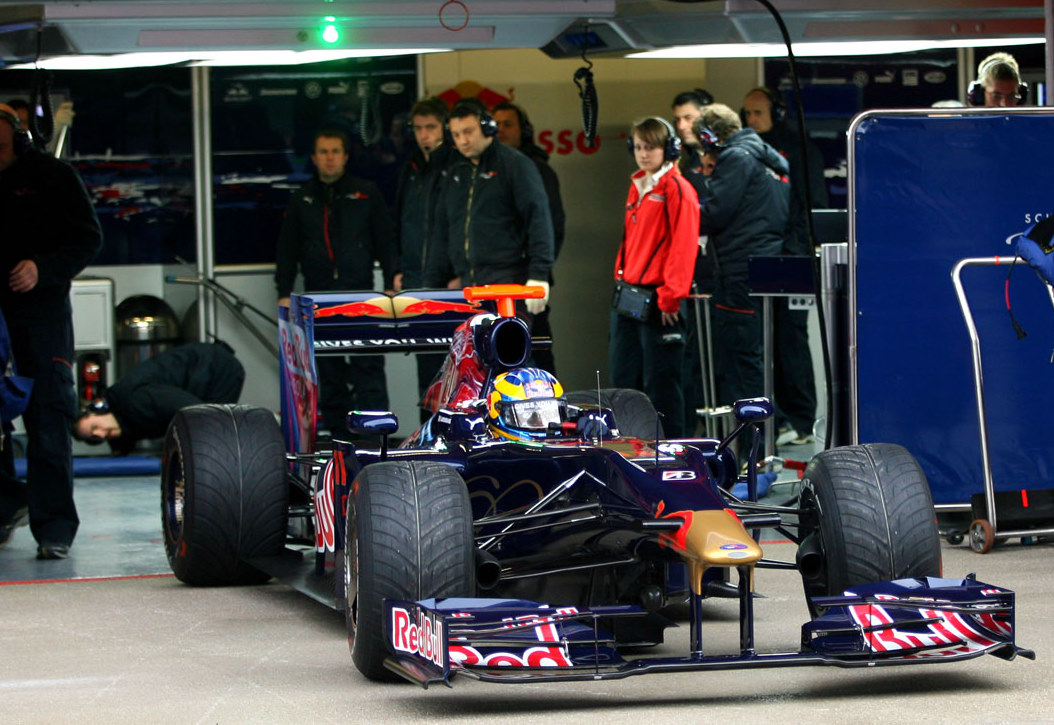 Scuderia Toro Rosso will tackle the final eight races of the season with a new technical upgrade package and one new driver – you will have to wait a few more days to find out who he is. Team Principal Franz Tost and Technical Director Giorgio Ascanelli answer the obvious questions.

Franz Tost The season got off to a reasonable start with a few points finishes, but then the team appeared to get left behind. Why was that?
Toro Rosso had quite a successful start to the season, scoring points in and and later, in , we picked up another one. However, from then on, we lost touch with the other mid-field runners. There are various reasons for this: firstly, the other teams improved their cars, regularly producing updates to their technical package. We introduced a few small updates, but nothing major.

For example, we are the only team never to have run with a double diffuser, one of the key elements to car performance this year. Why? It was a financial decision. Rather than incur the costs of constant updates, we chose to keep costs within budget by waiting, before delivering one major update package, which will make its race debut at the Hungarian Grand Prix. Secondly, apart from the limitations on car development, we also had one driver who did not live up to our expectations.

Can we really expect to see a step forward in the final part of this season?
We expect that the technical upgrades should see us return to a level of competitiveness that we were able to demonstrate in the second half of last season.

How do you rate Buemi’s performance?
Buemi has done a really good job so far. You have to consider that, as the only rookie on the grid this year, he is the first real victim of the in-season testing ban.

He had therefore never driven at circuits like Silverstone or the Nurburgring in a Formula 1 car, which is completely different to tackling them in other types of car.

While he knows the tracks from Formula 3 or GP2, it is not at all the same, because F1 is much more complex and little details like how track conditions usually change from the third free practice session on Saturday morning, to qualifying that same afternoon, are all part of the package that only comes with experience. Up until this year, we would have done a minimum of three days testing at Silverstone for example, prior to the British Grand Prix and at many other race venues. But you can’t have everything and while we are saving money through not testing, the downside is that young drivers will suffer. What we can say is that Buemi will be a much more complete driver for the 2010 season.

Giorgio Ascanelli We seem to have slid to the back of the grid over the past few races. Why?
There are several factors why our performance hasn’t matched up to what it was in the second half of last season. The first is that the drivers are very important and last year, Vettel matured enormously, getting over the difficult phase every young driver does, not understanding why he was fast or slow. A second factor was that last year, within the limits of our own capabilities, we went down a different route to Red Bull Racing, particularly with suspension and the braking system that was different to their car. The third point is that last year we were racing in an era where the technical rules had been more or less stable for a decade so performance levels flatten out, making it harder to come up with something new. This year, the pace of development has speeded up enormously and as a small team, we have been unable to keep up with that. Today, Red Bull for example is producing large steps forward in development on a monthly basis.

We cannot do that as we don’t have the manpower. Furthermore, with a young and inexperienced driver like Buemi, when we do introduce changes, it is naturally harder for him to adapt to those changes.

Is that a criticism of Buemi?
Absolutely not: to date, he has taken part in just nine grands prix and in four of those he retired early. Add in the fact there is no testing and he is getting very little time in the car. When a young driver first comes into F1, he is like a daredevil, taking risks, but as his understanding increases and he suffers a few set backs, it knocks his confidence which then has to be rebuilt. We cannot expect him to learn any faster: he is trying his best and doing a good job.

Remember that when Vettel came to us, he had done one year as a third driver for BMW and had even taken part in one Grand Prix, but he could do no better than qualify eighteenth for us in his first race, in .

We’ve been talking about this technical upgrade for weeks now. What is it?
In we have a major upgrade, which includes the floor, rear wing, rear wing endplates, a nose which has had to pass a new impact test, new brake ducts etc. – pretty much the whole damn lot! We’ve worked our hardest to get this modification package and to do it this year is much harder than the work we did last year.

But don’t you just get all the new bits from Red Bull Technology in the ?
There is a view that the only difference between our car and the Red Bull Racing one is the engine, but that is inaccurate. It involves the engine, gearbox, clutch, hydraulic system, water, oil and electrical systems; and all this on top of the actual aero parts in terms of bodywork. The further complication is that, although we have not run it, our car was designed so that it could incorporate the Ferrari KERS system and that is very different to the one used by Renault, around which the RB5 was designed. Therefore, we are not in a “cut and paste" situation when it came to getting the parts. It was not a case of getting a drawing from Red Bull Technology and simply manufacturing it. The two cars might look the same but if you try and fit the bodywork from one on the other, it would not fit. The rear suspension is also different because, in order to maintain the same wheelbase, it needed a different arrangement.

Will it bring a performance advantage?
I will tell you once we’ve run it at the race track.

If you had to situate your car in specification with Red Bull Racing’s development, where would it be?
It would be a package equivalent to the one they introduced at the British Grand Prix.

Will it be good enough to score points?
That depends how far forward the other teams have gone, because nothing stays still in this sport. It’s not as simple as saying ‘last year we made a technical step forward for the second half of the year and performed well so the same thing will happen again.’ Last year, the Italian media was keen for me to puff out my chest and say ‘oh yes, I am very clever and I have managed to outperform our Red Bull cousins,’ but the simple answer about the end of last year is that Vettel is a great driver. I wasn’t a genius last year, but I don’t think I am an idiot this year!