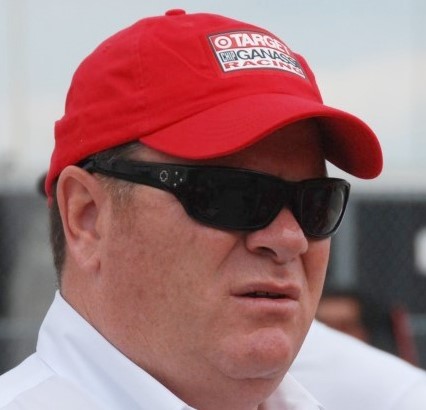 Just like your local Wal-Mart displaying Christmas merchandise three weeks prior to Halloween, it seems that NASCAR's annual silly season also starts earlier. Silly season is NASCAR's annual gossip fest that entertains both the racing media and the fans on a variety of topics such as driver, manufacturer and sponsor changes.

At this point in time a major focus seems to be on Earnhardt Ganassi Racing-EGR. This is, of course, the merger between Dale Earnhardt Inc and Chip Ganassi Racing with Felix Sabates, that occurred during the winter off season late last year.

The current questions being raised regarding EGR's status include:

Is driver Martin Truex Jr leaving the company to join Michael Waltrip Racing?
Will his long time sponsor, Bass Pro Shops, leave with him?
What are Napa Auto Parts Plans?
Will Juan Pablo Montoya surprise everyone by getting an EGR Chevrolet in the Sprint Chase For The Championship?
Will Montoya start the 2010 season in a Toyota provided by Joe Gibbs Racing?
Is Aric Almirola's #8 ride still temporarily parked or is it now terminated?
*************

This rumor appears to be so true that you can practically bet the farm on it. In fact look for the official announcement around July 7th.

Late last year Truex agreed to a one year contract extension with his present team in hopes that the newly formed EGR would lead to something better than what he saw during the 2008 season. So far that doesn't appear to be the case. In 17 starts this season Truex has no wins, no top five finishes, only three top tens and one Coors Light Pole award. Although he has led a total of 109 laps, his average race start is 17th and his average finish ratio is only 21.938. Truex is currently ranked 22nd in the Sprint Cup championship points with no anticipation that he will become a Chase player during the course of the next nine races.

Meanwhile Michael Waltrip, owner/driver of the #55 MWR-Napa Toyota, has been saying for several months now that he would consider removing himself from the driver's seat if he could find a new driver that is better than he is. The prospect of Truex moving to MWR appears to fit that bill just fine.

One of those motivating factors is the acknowledged performance improvements of MWR this year. This is especially true of driver David Reutimann who won his first Cup race recently. There has also been a general improvement in Waltrip and Marcus Ambrose whose team has an alliance with MWR.

Yet another motivating factor is the attractive possibility that Martin Truex Jr will become a MWR teammate with his brother. Ryan Truex currently has a driver development deal with MWR and has already impressed quite a few observers with his progress.

Martin Truex Jr at this point will neither confirm or deny his plans for next year but, with a giant smile on his face, has been telling the racing media that "a decision has been made, I just can't tell you about it yet."
************

WHAT IS BASS PRO SHOPS GOING TO DO?

Martin Truex Jr and Bass Pro Shops have been a perfect marketing fit. Truex is a lover of the great outdoors and has been a very good representative for the company.

However Bass Pro Shops is reported to be contractually tied with EGR through the end of the 2010 season. But in recent weeks a rather interesting silly season rumor surfaced regarding that contract. It seem that the contract may have a "performance clause" That simply means that if the team fails to measure up to a certain set of performance standards then Bass Pro Shops could leave EGR. Let's face it, the numbers this team has turned in so far this season won't measure up to anyone's sense of standards.

Late last week an EGR spokesman said they expected Bass Pro Shops to remain with them through at least the 2010 season. The spokesman absolutely refused to comment on who was being considered as a replacement for Truex.
*************

WHAT IS NAPA AUTO PARTS GOING TO DO?

For many years now the pairing of Michael Waltrip and Napa Auto Parts has been a marketing marriage made in heaven. This pairing had led to the creation of some of the better commercials seen during a NASCAR television broadcast.

Napa's contract with MWR ends this year and it remains to be seen if Waltrip's retirement as a driver will impact the renewal of that liaison. A MWR spokesman said that negotiations with NAPA are ongoing and they expect to have a very positive announcement later in the season.

That's likely going to be true. It very possible that Truex in the #55 NAPA car could provide the company the performance excitement they would like to see. Also don't forget that the very personable Waltrip will still be available to participate in some more of those clever commercials.
*************

WILL MONTOYA MAKE THE CHASE?

Without question Juan Pablo Montoya is the lone bright spot in EGR's Sprint Cup effort. He left New Hampshire last Sunday 12th in the series’ championship standings. If he can maintain, and possibly elevate, that position then he will be part of the elite 12 who has the right to compete for the 2009 NASCAR Sprint Chase For The Championship.

Montoya is one of the few success stories from the original group of open wheel drivers who migrated to NASCAR over the past couple of years. But that transition took approximately two and a half years. The big difference seems to be the abandonment of that bull in a china shop style of driving. Now we're seeing a considerably more patient and smarter driver. That has led to a string of consistent finishes. If he can maintain those levels over the next nine races he does indeed have an opportunity to put EGR into the Chase. The other good news here is the fact that Montoya is under contract with EGR through 2011 with an renewal option.
*************

BUT WHAT WILL MONTOYA BE DRIVING NEXT YEAR?

As we all know General Motors, in the midst of harsh economic conditions, recently made the decision to file bankruptcy. One of the cutbacks that came from that is the automaker's financial support of NASCAR race teams. While the show will of course go on that loss of revenue, alleged to be as high as $10 million per season, was a huge hit to team owners that has them examining other options.

Recent garage rumors state that EGR has been reportedly talking to Joe Gibbs Racing-JGR regarding the possibility of an alliance that will have Montoya driving a Toyota next season prepared by JGR. Montoya will remain under contract with his present team but would be driving the JGR Toyota instead of an EGR Chevrolet.

J D Gibbs, President of JGR, has made very quick work of denying this rumor. EGR officials have no comment what so ever. Always remember that stories like this is why they call it "silly season."
************

It appears that the answer is no at this point in time and that's also due to economics. At the beginning of the season EGR put young development driver Aric Almirola behind the wheel of their #8 Chevrolet. At the time there was a limited sponsorship program in place and EGR was hoping that the on track performance of the team would help strengthen the sponsorship situation.

Unfortunately that never happened. Almirola made seven starts in the car but the numbers were dismal. There were no top five or top ten finishes. The young driver had an average start ratio of 29th, an average finish ratio of 32.857 and was ranked 44th in the championship points.

Meanwhile EGR's Chip Ganassi made it crystal clear that he was not interested in running any of the team's cars unsponsored. When the team's limited sponsorship program ran out, EGR issued a statement that said "the #8, with driver Aric Almirola, is temporarily parked until sponsors can be secured."

That's exactly where it stands at the moment and it doesn't look like there's a bright future for this team. Almirola has been doing some occasional fill in work in the NASCAR Camping World Truck Series while waiting for some good news from EGR.