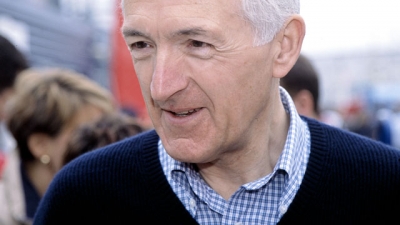 John Judd told SPEED.com he’d welcome the chance to their IndyCar program with a new manufacturer.

“At the moment, to continue in IndyCar, we’d need a manufacturer that has a contract with the series," he said. “We haven’t had any approaches so far, but the most likely way would be through IndyCar. The engine is there, and it’s available."

“The IP (intellectual property) and the physical parts all belong to us," said the former CART Indy car engine supplier. "All the engines are our property and have ownership of all the tooling and everything else to produce more engines, to develop them and to support a continuation of the program."

“One of our biggest problems was the lateness of the project; the development time we had was approximately half that of [Chevy], but our contention is that we have a very sound base engine and if we’d been able to stick with the development plans we have established, the platform is capable of being developed to something much better than it is now.

“We never had the chance to run high-pressure injection, for example. Mostly for commercial reasons and budget reasons. The engine is designed for direct injection, but we’ve never run it, so that’s just one area we would be able to implement with the support of a new manufacturer. We did what we could afford to do with the payments we were receiving, but it didn’t really allow for quite a few things that would have helped."

“It’s much better to start with an existing base engine," he noted. "It would take anybody at least a year from a cold start to where we are now. The investment to get to where we are now would also be at no cost, which takes a lot off the investment. I think what we have to offer is sound. There’s nothing fundamental preventing the performance from being improved a lot.

"I can’t say exactly how it would compare to a Chevy or Honda because I haven’t seen inside their engines, but I’m confident there’s no reason we couldn’t be as good."

“Right now, it’s not top of our list because we’re taking care of our sports car programs and cleaning up after the IndyCar season, but we’d want to do a significant development program before we went testing.

"We’re obviously hoping we can keep going because we enjoy the series very much and feel there’s value we can offer a manufacturer." Speed.com