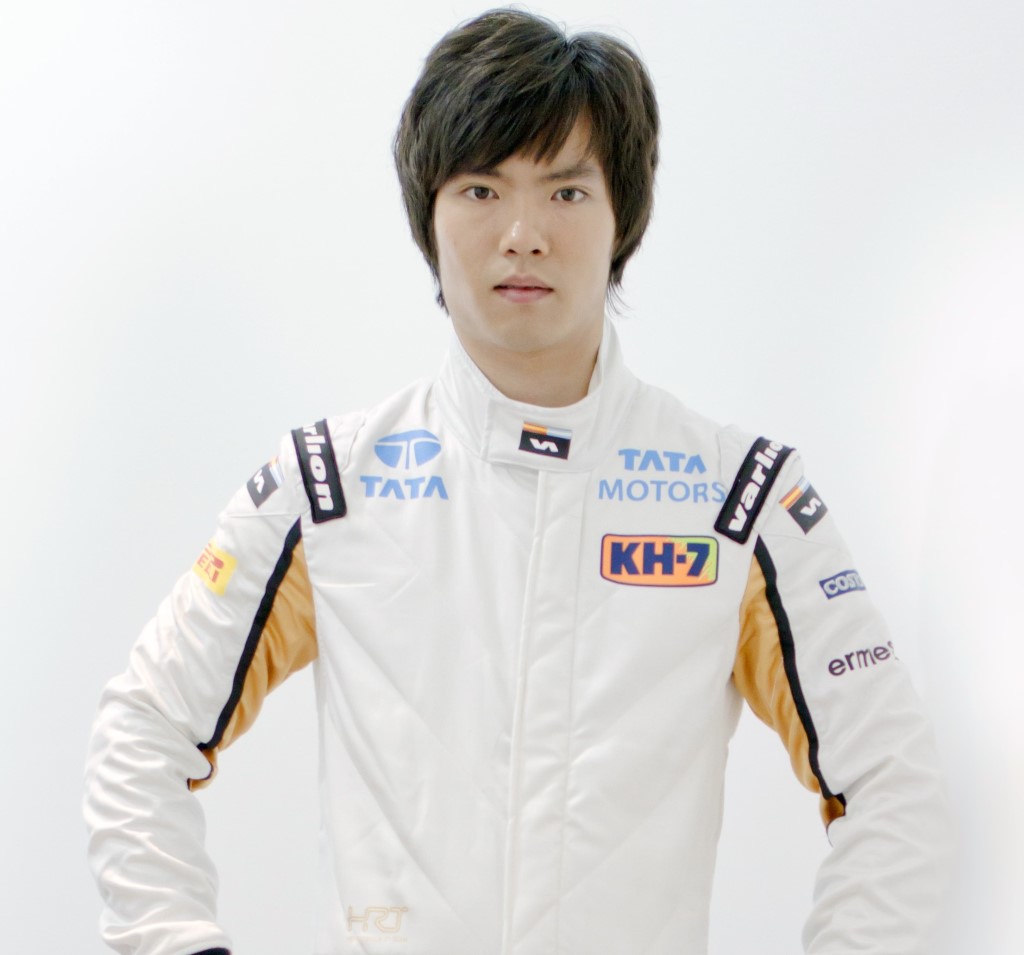 That is the claim of the Diario AS newspaper, reporting that the 24-year-old Shanghai-born driver entered talks with other F1 backmarkers Caterham and Marussia.

Each of those teams are yet to confirm their second race drivers for the 2013 season.

AS said Qinghua's management, China Sport Management, opened talks with Caterham and Marussia around the time of the recent Austin and Brazil double-header.

The news is a real blow to HRT's chances of remaining in formula one, as rumors had suggested China Sport Management was involved in talks to rescue the ailing Spanish team.

11/15/12 Although for just one race right now, this rumor is upgraded to 'fact' today. Ma Qinghua will "definitely" be on the grid in Shanghai next year, the Chinese driver's agent said on Thursday.

Ma, HRT's test and sometimes Friday practice driver in 2012, told the Fujian newspaper Southeastern Express that reports the Spanish team is for sale do not worry him.

The 24-year-old has been tipped as a potential teammate for Pedro de la Rosa in 2013, but Spanish media reports say there is a risk HRT will fold.

Ma's agent, Jin Yong, said: "No matter who the boss is, Ma will definitely compete in next year's F1 race in Shanghai."

Ma added: "No matter who will be the boss, the team is still there. So what I need to focus on now is to improve myself through training."

11/14/12 (GMM) The current owners are seeking EUR 40 million for the struggling backmarker HRT, according to the Spanish sports daily AS.

The newspaper also revealed that talks with potential buyers from India and Abu Dhabi are underway.

HRT, currently owned by Madrid based investment company Thesan Capital, confirmed this week that "the time has come for the team to continue growing with new financial backing".

Media reports suggested HRT was in the process of sacking 32 employees, and needed a buyer before the first days of December to avoid closure.

AS claims that the situation inside the team has become dire, to the point that engineers are concerned that Pedro de la Rosa and Narain Karthikeyan are being put into grands prix at the wheel of unsafe HRT cars.

Indeed, at the most recent grands prix in Abu Dhabi and India, Karthikeyan and de la Rosa respectively retired in spectacular style with fundamental technical failures.

"Narain told me that his steering broke," said Rosberg, "and he needed to brake which I didn't expect in a high speed corner."

AS suggests that HRT has considered simply withdrawing from the 2012 championship, but is pushing ahead for now due to its commitment to the Concorde Agreement.

According to the report, HRT was hoping its association with Chinese reserve driver Ma Qinghua would bear fruit.

11/07/12 This rumor is downgraded to 'speculation as the Chinese media appears to have got it wrong by announcing on Tuesday that Shanghai native Ma Qinghua will race for HRT in 2013.

Chinese outlets made the call after the 24-year-old and HRT officials fronted a press conference in Shanghai.

But it seems to be a misunderstanding.

The press conference was to congratulate Ma on his 'debut' as an 'official' F1 driver this year, as he appeared three times at FIA-sanctioned grands prix for free practice sessions.

And as his Chinese sponsors were thanked publicly, the HRT officials indicated that Ma's career with the Spanish team will continue to move ahead next season.

"I feel very honored and thankful to be a formula one driver," Ma is quoted as saying. "It has been a dream since I was very little."

But Shanghai Daily, earlier saying Ma will race next year, now says the Chinese driver is "edging closer" to his grand prix debut.

And HRT has also moved to clarify the confusion in the European press, with France's Auto Hebdo saying the team officially "denied" Tuesday's reports.

But the messages remained mixed.

Ma wrote on his Tencent Weibo account on Tuesday that he was "really happy" with Tuesday's events, marking "the real start of my F1 career".

"It will encourage me to train harder and perform well in testing and racing."

He said he hopes to return to the practice cockpit in Austin and Brazil later this month, "which should be good for my future".

But Ma also admitted that HRT has actually not decided on its race lineup for next year.

"Of course I wish to make my debut in Shanghai next year, so I can have the opportunity to show my family and friends what I can do in my hometown," he said.

"But it all depends on my team's arrangement."

China Daily, citing the information of Tencent's sports channel, reported that the Spanish team "announced at a press conference in Shanghai on Tuesday afternoon" that the 24-year-old will debut next season.

If HRT confirms the news internationally, Ma is most likely to replace the team's Indian driver Narain Karthikeyan.