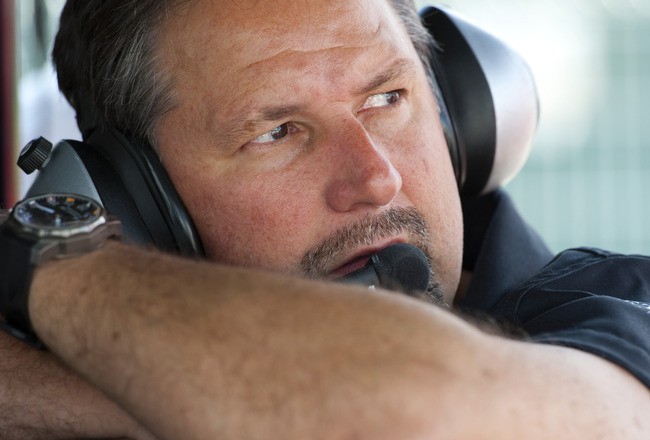 AR1.com has written numerous times how Bernie Ecclestone and Ron Dennis set CART star Michael Andretti up to fail to make CART look inferior to F1. At the time CART was threatening F1 and Bernie was worried.

Michael Andretti tells Gordon Kirby: "We tested in Spain the day after the race that year and both me and Ayrton were within a tenth of a second of each other and were running times that would have put us on the front row. Ayrton had qualified third and I was about 20th. So I was saying, 'I'm not doing anything different. How can this be?' And they were saying, 'Oh, Ayrton doesn't test that fast.' And I said, 'But our times are quick enough today to be on the front row.'."

"Someone shut my beacon off in qualifying," he insists disgustedly. "I know who it was–a guy who didn't want me there at all. He shut my beacon off and those were all active cars and my car was just lost. The ride heights were changing and it was downshifting in the middle of the corners and I qualified 16th or something. That night Ron said, 'I want you out of the car after the race.'

"I finished sixth in the race. I passed Barrichello on the last turn on the last lap to get in the points and Ron called and said, 'I want you out of the car.' We fought from race to race. That was the sixth race and I made it all the way to Monza fighting to stay in the car. And finally they put Mika (Hakkinen) in who never was quicker than me in testing."

"The international appeal of the CART series was strong in the mid-nineties and Bernie was worried about our series," Michael says. "I think I was used as a tool. I think Bernie and Ron were in it together. I think they wanted to discredit me because I was one of the big guys in Indy cars and they wanted to make me look like a wanker so they could say we couldn't make it in Formula One. That's what I believe happened.