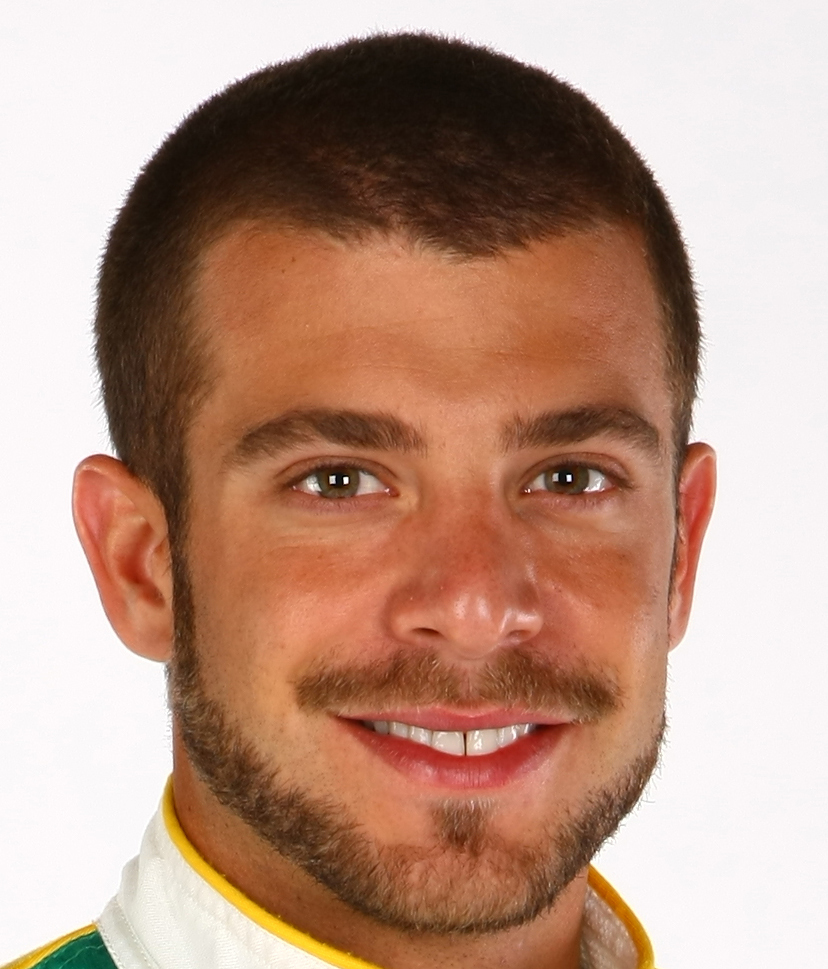 UPDATE #2 E.J. Viso expects to return to the IndyCar Series for a sixth season, but he said Monday that his plans will come into focus once he finalizes sponsorship back in his home country of Venezuela.

“I need to know that first, then I can determine team, engine and engineers," he said. “It all comes from that."

Viso said he'd like to form a team from scratch, but that “is very ambitious." So, he'll look to partner with an existing team.

“At least this year it's more safe," he said. “Both parties benefit." AutoWeek

09/02/12 Further on the rumor we broke (below) on Friday, “Having my own [team] is a big challenge, but I love challenges," EJ Viso told speed.com after qualifying at Baltimore on Saturday.

“If you’re going to do it, you need to do it the right way. At this point, my mind is very open and analyzing things for next year."

Faced with another season of placing his hopes (and sponsor’s dollars) in someone else’s hands, Viso figures it might be time to take more control of his career and competitive surroundings.

“One of them is doing my own program, which is a little bit ambitious to think, but in another way, at the same time, it makes sense. I’m at an age, at an experience level in the series that I know how it goes. I just need to find something that’s really important—it’s who is going to run the team for me. I definitely don’t have time as a driver and a businessman; I don’t have a manager; I’m the one that puts every single deal together for myself or my kids (young Venezuelan drivers Bruno Palli and Diego Ferreira Viso manages as part of his ‘Team Viso Venezuela’ Star Mazda program).

“I’m pretty busy, so I need to make sure I can rely on that person—that group of right people to do that. I still don’t have them, so I don’t want to start something without having the key people. They are more important than anything else."

“A lot of the brainstorming I’ve been doing, I’ve been doing with one of the people I respect most in racing, Adrian Fernandez," he said of the successful Mexican driver and team owner. “That’s something he did (started and drove for his own IndyCar team). He’s been coaching me. At the moment I do it, I don’t want [his own IndyCar team] to be a one-year deal; I want to do something solid that stays there.

“I’m managing drivers; up to this point, I brought already three drivers to the Road To Indy. Maybe next year I bring two more, so I’m building something solid that I want to [last] and I want to do it right."

08/31/12 A weird day today in Baltimore with track problems interrupting the action all day. Somehow no one realized that the front straight was going to be too bumpy until it was too late. So now we're back to a Mickey Mouse pass-ruining chicane, the worse scenario for a series that needs more passing.

We spoke to Bruno Junqueira after the morning practice session who hasn't driven an IndyCar in years. His first reaction to us after taking his helmet off was that the new car is a rocket ship compared to the old IndyCar and compared to the cars he has been driving recently. "The acceleration and braking are incredible in these new cars," said Junqueira. "I used to think the reverse coming from Champ Car to the IndyCars, but now the new car is a rocket ship like the Champ Cars were."

Hearing that Entergy will probably be back with the HVM team next year (backing Simona de Silvestro) after having second thoughts as early as a week ago in Sonoma. We hear the team has talked to Chevy and Honda about engines next year, but they have had many more discussions with Honda, so…….look for HVM to run Honda power next year. And we hear the driver they are talking to for the second car next year has ties to an engine manufacturer. Could that be Sato, who has ties to Honda?

And………since we hear Graham Rahal, who is leaving the Ganassi team after this year because the Service Central sponsorship may be in jeopardy, may be moving to dad Bobby's team and we hear they may have partial sponsorship from Valvoline……so the speculation of Sato moving to HVM might be true.

And rumor has it that Rubens Barrichello may be losing his BMC backing after this year, and while he may still stay with KV Racing next year, we hear Honda of Brazil is trying to lure him away from Chevy. All the Brazilian drivers are in Chevys and word is that Honda wants a Brazil driver because they want to sell more cars in Brazil (currently the Honda Civic is only ranked 18th in sales in Brazil). If he stays with KV Racing it will be a deal that gets put together between Brazilian sponsors, Tony Kanaan and Barrichello.

And so what Honda team would Barrichello go with? Well if Rahal is leaving Ganassi, there is an open seat for Rubens.

Of the three drivers at KV Racing, Tony Kanaan is the only one definitely returning next year. We hear EJ Viso is trying to start his own all-Venezuelan IndyCar team with backing from CITGO and PDVSA.

We are now hearing that the likelihood of a Ft. Lauderdale race next year is slim at best. Why? Because we hear additional millions are needed to pay for unanticipated road work. Apparently the City built a parking facility where the pits were going to be so pits need to be accommodated elsewhere. We also hear that Andretti Sports Marketing Group was/is going to be the race promoter if the city or someone steps up to pay for the additional road work. If not, kiss the race in this fantastic city goodbye. A shame really.

As for the rumored doubleheaders next year, we hear they are thinking about doing it at places like Baltimore. We'll see……..

ALMS announcer and former driver Brian Till to call Sunday's IndyCar race on TV due to Bob Jenkins needing to miss this race.

Look for the chicane on the main straight in Baltimore to remain for the foreseeable future because to ask the city to do the repaving needed to make the railroad tracks acceptable would be too much to ask from the city.

Hearing that AJ Foyt Racing is thinking about starting an Indy Lights team like Andretti to support up and coming drivers. If true, hats off to AJ. Roger Penske, Chip Ganassi……what about you guys? Speaking of AJ's team, we hear he wants to run three cars at the Indy 500 next year…..the second driver being African-American driver Chase Austin who AJ already announced for the 2013 Indianapolis 500. Mark C. reporting from Baltimore