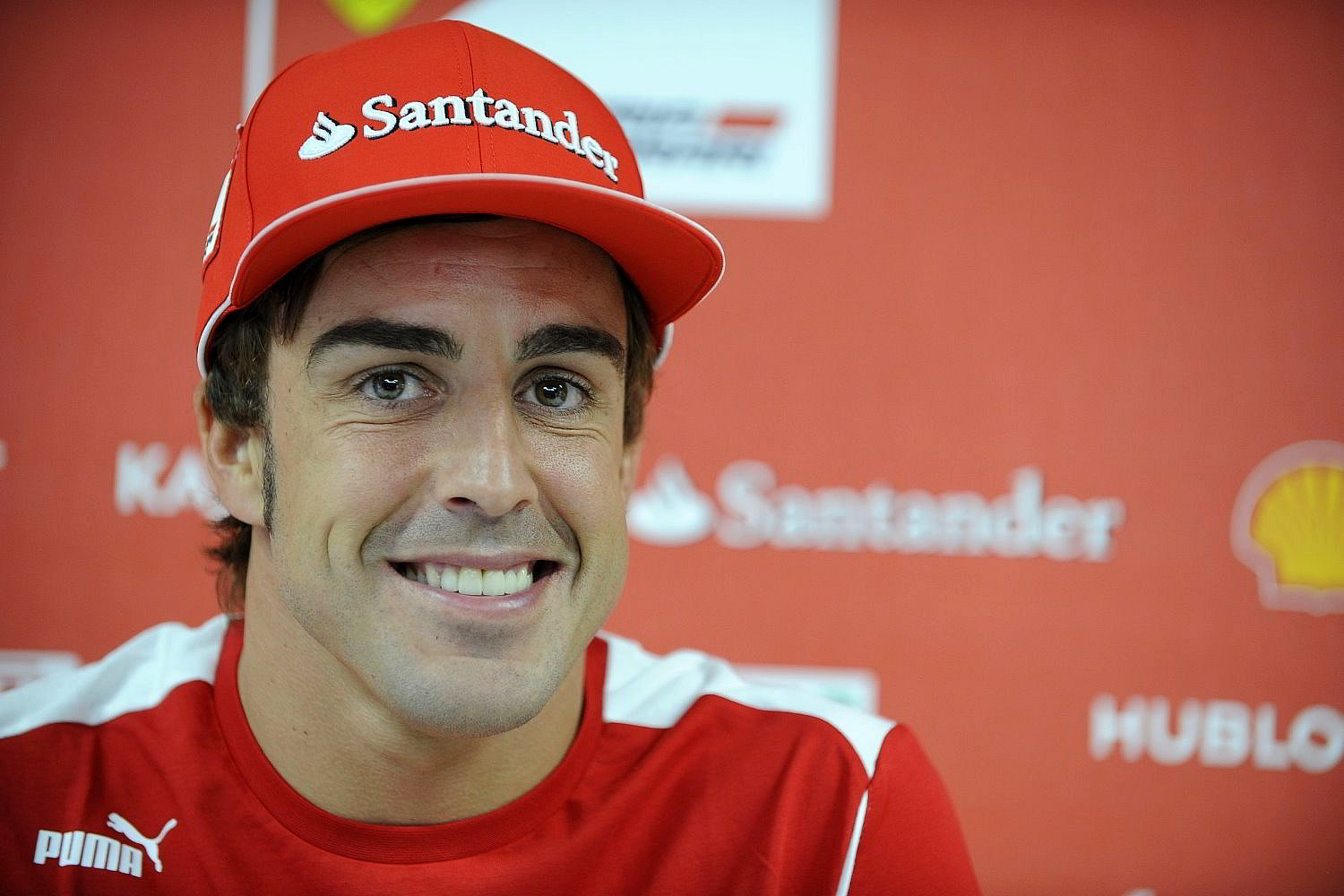 La Stampa newspaper had reported the row, also involving team boss Stefano Domenicali, lasted until 1am after qualifying, in which the Spanish driver was persuaded not to post on Twitter a complaint about a lack of development progress.

"A nice invention from someone in the Italian media," Alonso said in Abu Dhabi, when asked about the report.

"It was quite creative to be honest! Now or later, I will speak to him to see how he invented this."

Alonso said it is no secret Ferrari is struggling to close the gap on his championship rival Sebastian Vettel, but insisted the team is "very united".

"We know and it's a fact that we are slower than Red Bull — we all agree, me, the team, our fans, everyone knows.

"We are very united in our efforts to fix this situation," he added.

10/31/12 This rumor is downgraded to 'false' today. Fernando Alonso has dismissed as "not true" reports in the Italian press of a post-qualifying row with Ferrari team members in India last weekend.

La Stampa newspaper claimed the Spaniard took exception to media comments by Ferrari's British technical director Pat Fry, and threatened to publish a 'tweet' about a lack of aerodynamic progress during his fading 2012 title battle.

The story spilled into the international media early this week, with some publications claiming the revelation of an argument is fair game.

Some even linked the tale to Lewis Hamilton's switch to Mercedes, and the rumors about Sebastian Vettel moving to Ferrari in 2014, suggesting Alonso's future could be McLaren.

"The problem is when it is not true," Alonso hit back on Twitter.

"It's not fair to your readers," he added in Spanish.

"Forza Ferrari," Alonso ended the exchange, amid reports in the Spanish sports daily Marca that Ferrari will do yet another straight-line aerodynamic test this week before introducing more updates for the F2012 in Abu Dhabi.

"I do not remember when (the test is taking place)," Fry is quoted as saying.

"We have small improvements coming to Abu Dhabi, and more in America," he added.

"It's not over yet and we need to keep pushing as much as we can."

Ferrari president Luca di Montezemolo, meanwhile, played down claims Alonso has been overstepping the mark with some of his apparent criticism of Ferrari's developmental progress in 2012.

"He is the best driver in the world," said the Italian, "of that there can be no doubt.

"If he says certain things, it is only to keep everyone under pressure," added Montezemolo.

Pressure, of course, is not in short supply, with Montezemolo insisting Ferrari must up its game in qualifying.

"If we always start from the third or fourth row," he is quoted by La Stampa, "then everything else becomes difficult, if not impossible."

The newspaper said the Spaniard was furious after the Maranello based team's technical boss Pat Fry blamed the drivers for a sub-standard qualifying performance.

"But in order to be where we wanted and where we were capable of being, we needed to be perfect today and we weren't," he added.

Alonso went into the Indian GP weekend bemoaning the fact that, despite always talking up Ferrari's improvements, the F2012 has not substantially improved for several races.

And his characterization of his title battle as a head-to-head with Red Bull's Adrian Newey might also be interpreted as a slight on Newey's Ferrari equivalents.

La Stampa said that when Alonso heard about Fry's post-qualifying comments, he "went into a rage".

"(Stefano) Domenicali tried to calm him down … but the discussion continued until 1am," the report added.

The newspaper said Alonso drafted on his phone a message to his Twitter fans that read: "I want my 1.2 million followers to know that the key aerodynamic components at the rear of the Ferrari are still the same as they were in May".

La Stampa reported: "It took a lot of persuading Alonso not to press the submit button."

Domenicali commented: "You (the media) are good at creating stories that do not exist."

Felipe Massa, meanwhile, revealed to Brazil's Totalrace that his F2012 was not in the same specification as Alonso's in India last weekend.

"I had half as much as him," said the Brazilian, "and even more will arrive in Abu Dhabi."

In the wake of the reported Twitter affair, Alonso told his 1.2 million followers that his fighting spirit is intact for the remaining three races of 2012.

"If the sword breaks, fight with your hands," he said, quoting a samurai. "If they cut your hands, push the enemy with your shoulders, even your teeth."