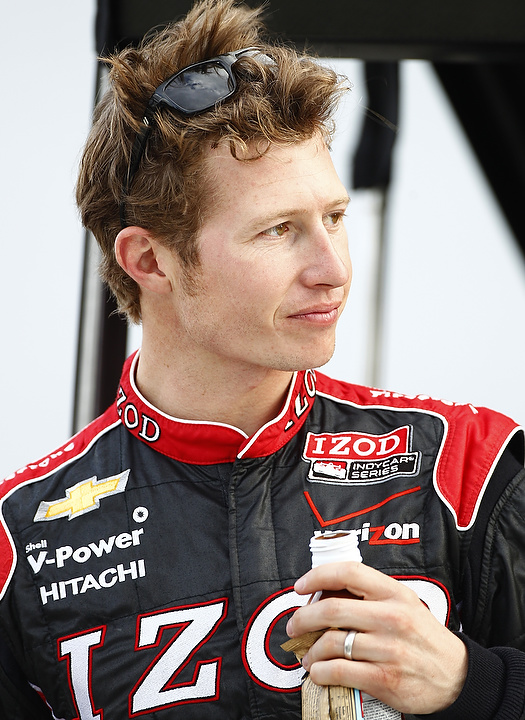 UPDATE Penske Racing president Tom Cindric said the team is looking for sponsors for its IndyCar program, which fields three full-time cars. Penske picked up the 2013 contract options on points leader Will Power and Helio Castroneves, but is in limbo right now regarding Briscoe.

"We've told Ryan Briscoe it would be OK for him to go look and try to understand what's out there because our deal will come together late," Cindric said. "And we'll look to see who is available at that time. We haven't told him yes and we haven't told him no, we want him to land on his feet whether it's with us or someone else."

09/03/12 The winner of last month's race at Sonoma (Calif.) Raceway declined Sunday to discuss his efforts, but multiple sources within the sport expect him to be a free agent.

Briscoe acknowledged that his contract is up at season's end, which puts him in limbo.

Team owner Roger Penske said all three of his drivers — Will Power, Helio Castroneves and Briscoe — understand sponsorship isn't currently in place to field all of them in 2013.

"They all know it's a matter of sponsorship," Penske said prior to the Grand Prix of Baltimore. Indy Star