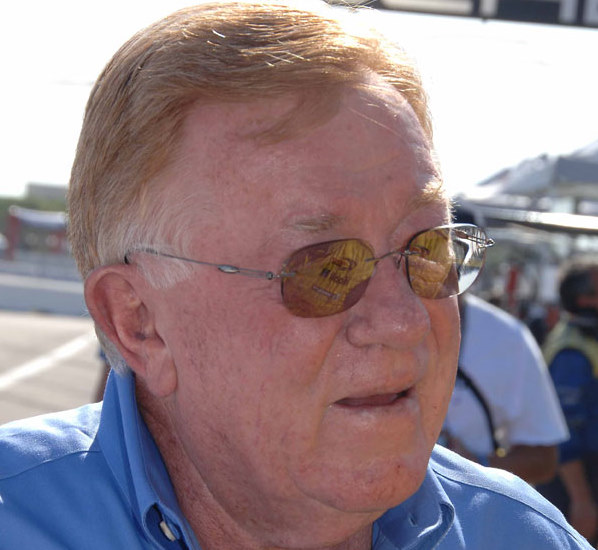 First of all, this is anything but a merger as AR1.com told you when speedtv.com said it was a merger. It is not a merger, it is a surrender. In fact Grand-Am is buying the ALMS lock, stock and barrel in a straight-up cash deal (I know the number but I’m choosing not to reveal it now), including Road Atlanta and Sebring International Raceway, the two road racing facilities the ALMS owns. I doubt whether this was planned to be unveiled on Wednesday at the announcement in Daytona Beach, but there you have it. (Besides, if this truly was a “merger" you would think that the announcement would come at a neutral site or at least near a major media center, instead of at the home of Grand-Am and of course, NASCAR, right?)

The knowledge that this is an outright buyout changes absolutely everything about this discussion. I have to wonder what direction this new road racing organization will take and that begs many, many questions. As in, will the hard-won international perspective and reputation of the ALMS be enhanced and continued, or discarded? Will Grand-Am leave intact the hottest road racing series in the world right now – the ALMS GT class – or will it mess it up by some convoluted “blending" exercise with its weak sister GT classes that will only serve to dilute the racing? Will the new series make sense of the racing calendar by walking away from the underperforming races and come up with one outstanding schedule? Sportscar Insider

09/01/12 Although the ALMS series is superior to the Grand-Am Series, speculation is that like CART/Champ Car, they may lose out too 'voodoo economics' where the deep pockets of the inferior series creates and false economy and outlasts the superior series. Speculation is that the France family does not want the French dictating their rules so we would be surprised to see this merged series have any affiliation with the ACO and LeMans in the long run. The LMP cars smoke the France family's Daytona Prototype cars, but can anyone see the Grand-Am teams scrapping all their DPs for LMP cars? Don't hold your breath. So speculation is that the ALMS teams will get to run their LMP cars for a few years as a separate class, but eventually only DPs will be used. Other speculation is that Don Panoz wants to retire and became tired propping up the ALMS with his own money so this may be less a merger (which is how it will be spun) and more ALMS surrendering to Grand-Am. The rumored Wednesday announcement will be in Daytona Beach, so what does that tell you about who is in control?

09/01/12 SPEED.com has confirmed through multiple sources involved with the negotiations that the American Le Mans Series and the GRAND-AM Rolex Series will announce an agreement that will see the two series race under a single banner, likely beginning in 2014.

Full details on the merger are still unclear, and offers extended to both series for comment were declined, but it’s believed GRAND-AM will serve as the sanctioning body for the new-look championship, which could feature a mix of existing classes from both the ALMS and Rolex Sports Car Series.

The announcement is expected to come on Tuesday.

Speaking with ALMS President and CEO Scott Atherton in the Baltimore paddock, the longtime head of the series denied such an agreement being in place, while a GRAND-AM Road Racing spokesman declined comment. More at Speed.com