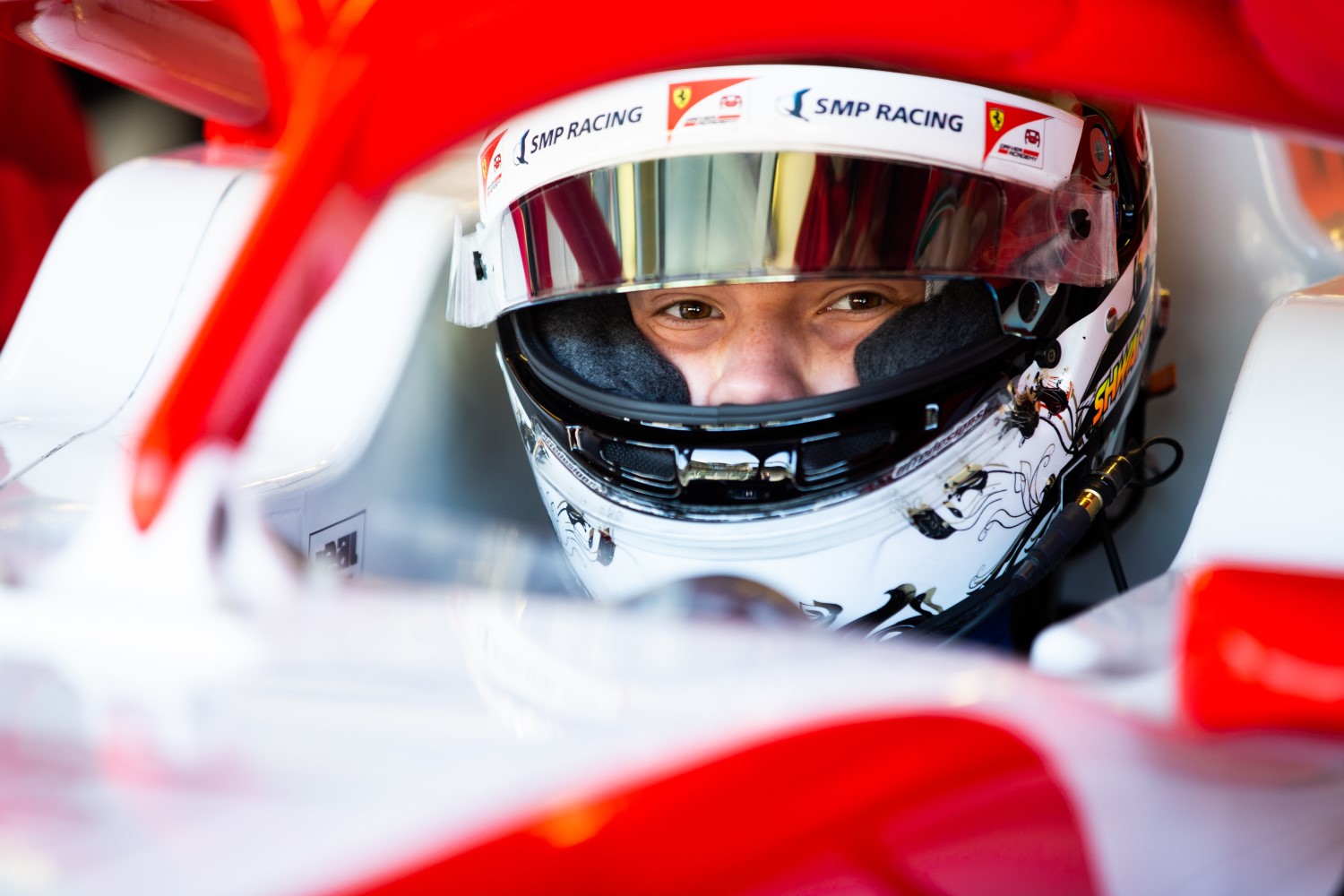 Robert Shwartzman was fastest on Day 2 of the Final FIA Formula 3 pre-season tests in Budapest, Hungary. The rampant Russian set the best time in the morning session, lapping the circuit in 1:30.746. This time was the best of Budapest testing overall. ART Grand Prix’s Christian Lundgaard and PREMA teammate Jehan Daruvala completed the top 3.

No sooner had the thirty cars hit the track on Day 2 of Testing in Budapest, were they having to return to the pits. Andreas Estner had stopped at Turn 9 resulting in a red flag just minutes into the session. The drivers swiftly got back out there and JÃ¼ri Vips wasted no time in setting the early pace with 1:32.002.

The familiar sight of Leonardo Pulcini leading the pack was spotted half an hour into the session, when the cars dipped under 1m32s. With this achieved, PREMA Racing, Carlin Buzz Racing, Campos Racing, Jenzer Motorsport and ART Grand Prix all switched to new slick tires, perhaps signifying a Qualifying simulation.

The best time from Day One of testing yesterday was beaten by the rapid Robert Shwartzman. Yuki Tsunoda, David Beckmann and Jake Hughes were all jostling for second position, but no one had been able to improve on the speed of the Russian from PREMA, before a Red Flag halfway through the session forced the cars back into the pitlane, due to Alex Peroni stopping on Turn 10.

The 1m31s barrier was broken for the first time in this year’s F3 Budapest Testing when they restarted, as Christian Lundgaard flew round the track to set a best time of 1:30.940. Not to be outdone, Shwartzman reclaimed the top spot when we entered the final hour, beating Lundgaard’s lap by 0.194s.

The Ferrari Academy driver continued to lead the way for the final hour and couldn’t be knocked off top spot. The 19-year-old was only separated by his PREMA teammates Jehan Daruvala and Marcus Armstrong in third and fourth by the second placed Lundgaard. The rest of the top ten was completed by Tsunoda, Beckmann, Hughes, Raoul Hyman, Liam Lawson and Max Fewtrell.

Yuki Tsunoda was the sole driver back out on track when testing restarted in the afternoon and set the bar at 1:32.177, ahead of the other cars returning onto the Hungaroring circuit, with temperatures hitting 18 degrees.

There were successive red flags after Sebastian Fernandez stopped at the pit lane entry and Pulcini stopped at Turn 2. Following this, Jenzer continued to dominate the afternoon and had their trio of drivers in the front three. Tsunoda led teammates Artem Petrov and Andreas Estner, while many of the teams focused on their lap count. There was little shakeup in the order prior to a red flag when JÃ¼ri Vips stopped at Turn 11.

With less than 15 minutes remaining, Felipe Drugovich and Shwartzman broke into the top 3, propping up frontman Tsunoda. Petrov, Hughes, Vips, Pedro Piquet, Hyman, Bent Viscaal and Niko Kari then made up the rest of the top ten.

This concluded the final FIA Formula 3 pre-season tests and the drivers and the teams will now look ahead to the first race weekend of the season, in Barcelona, Spain, on 10-12 May 2019.