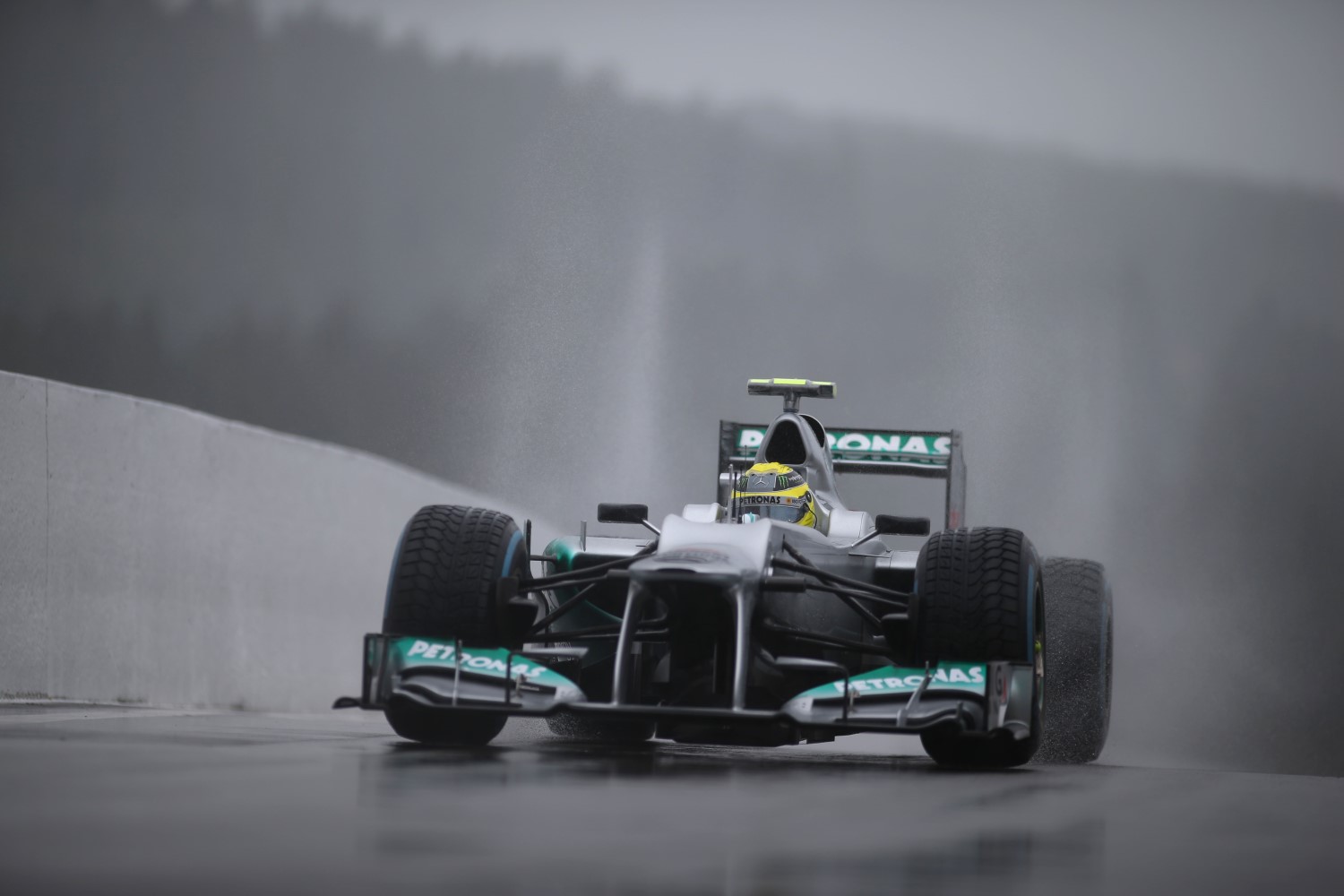 (GMM) Forget double-DRS, Mercedes has reportedly upped the ante and debuted a 'triple-DRS' concept at Spa.

The German squad pioneered the straight-line speed-boosting idea this year, and at recent grands prix Lotus has been trying to get a similar system up and running.

Mercedes has now taken the next step, according to Germany's Auto Motor und Sport.

The publication on Saturday christened the Brackley based team's new idea 'triple-DRS'.

Nico Rosberg reportedly tested the new configuration – with the aerodynamics stalling at high speed in no fewer than three places when DRS is deployed – during Friday's wet practice sessions.

Asked how it works, team boss Ross Brawn smiled: "We'll leave that up to everyone's imagination.

"We've looked at the Lotus system and drawn our conclusions," he revealed. "Spa was a test in that direction."

Auto Motor und Sport said the triple-DRS is not yet ready to race.

It was rumored in recent days that McLaren might be the next to toy with the double-DRS concept.

Technical director Paddy Lowe said on Saturday: "Until now, Mercedes has had only one imitator, and that's Lotus. That shows how difficult it is to get a significant benefit from such a system.

"We are working on it, and if our ideas work the way we want them to, I imagine we will use it. Certainly not in the next two races," he added.

The German publication said Red Bull might even have been ready to test some sort of innovation at the rear of the RB8 at Spa, but so far this weekend it has not been seen.