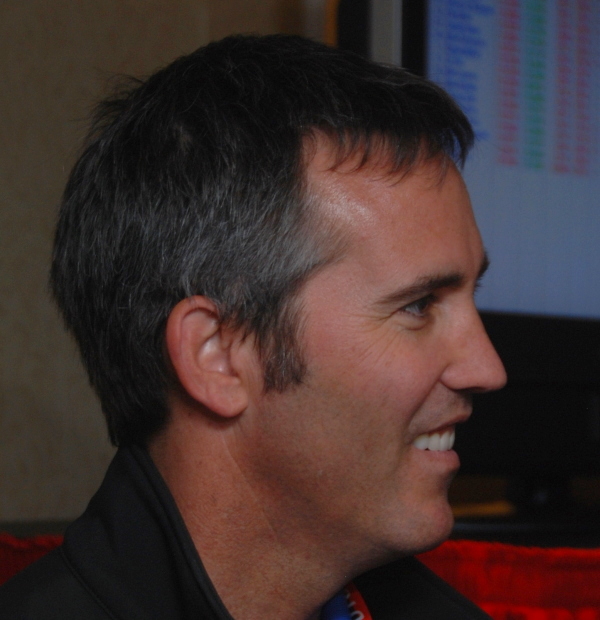 This story says what AR1.com's reported back in June – Nearly three years into a five-year contract, IndyCar CEO Randy Bernard says he so much wants to stay on the job that he’s said no to others.

Bernard said he has had no conversations about a possible return to Professional Bull Riders Inc.

Bernard admits it’s not been the easiest year — television viewership is lower than he expected and there’s been an undercurrent of some unhappy team owners — but he’s not leaving early.

“Absolutely not," he said. “I think we’ve put together a great management team, and I support them 110 percent." Indy Star

06/03/12 In an "informal" press conference this morning, Randy Bernard stated the obvious — that he is employed by the Hulman-George family, not the team owners, and will remain employed until the Hulman-George family decides otherwise. Given the loyalty that the family gives to employees — sometimes long after it is obvious that a change needs to be made — Bernard is not going anywhere. Certainly they won't cave to owner pressure anytime soon.

Some in the IndyCar staff, however, has a desire to change Randy's Twitter password, as most of the PR types don't believe that such discussions should've gone public, certainly not via a tweet.

Randy bristled at reports by the Detroit Free Press and the Detroit News, among other outlets that he wasn't in Detroit on Friday. Indeed, I reported that Bernard was "conspicuous by his absence". In fact, he was indeed in Detroit, although perhaps taking a bit lower profile until the owners met with him on Saturday.

Bernard was asked directly about his relationship with Michael Andretti. Bernard said that in the past that Andretti was indeed one of his supporters, and that he valued a good working relationship with the Andretti organization, especially given that it was now the promoter in 3 races and fielded 5 cars in the Indy 500.

The press certainly seemed to thing that the thunderstorm was over too, as questioning quickly turned to other issues. For instance, the China race is "not 100 percent." Given the logistics of getting visas for everyone in the IndyCar circus, this could be quite a problem in terms of needing a definite decision. The IndyCar rumor mill has another race as an alternative for any cancelled race, but Randy said that he wasn't ready to comment yet.

Certainly the owners I talked to this morning seemed to be happy (okay, as much as they ever are). Given that we are heading to Texas next weekend, we'll have much bigger things to worry about than this little billionaire's spat.