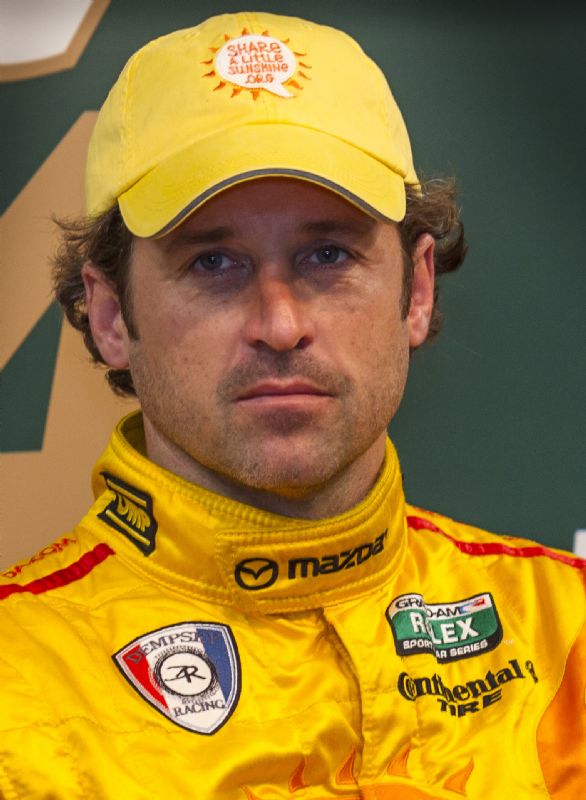 Heart-throb TV doctor Patrick Dempsey is set to arrive in Australia later this year to compete as one of the 28 internationals in the V8 Supercars Armor All Gold Coast 600 in October.

The Grey's Anatomy star known worldwide as "McDreamy", Dempsey is also a serious racing car driver having previously competed in the 24 Hours of Le Mans, Rolex 24 at Daytona sports car race and the Baja 1000 off-road race.

He is also a co-owner of the Vision Racing IndyCar Series team and current owner of Dempsey Racing.

Organizers of the Gold Coast event confirmed yesterday they are in talks with the actor and would welcome him to compete in the October race provided he meets the qualification requirements.

"There's no doubt having someone like Patrick Dempsey drive one of our cars would attract a lot of attention," the spokesman told Confidential yesterday. "But we would do it for the right reasons in that he is emerging as a legitimate racer who wants to do it."

Dempsey has already expressed an interest in coming to the Aussie event telling motorsport magazine Auto Action that he would likely attend if invited.

"Oh, anything's possible just a question of working it out. It's one more thing that that would work with the (Le Mans) documentary we're currently working on.

"The more race experience you get, the better."

Adding to the celebrity intrigue, fellow actor and racing car enthusiast Eric Bana is also understood to be contemplating a spot in the Gold Coast line-up, with the Chopper star looking to follow up his previous performance at Bathurst.