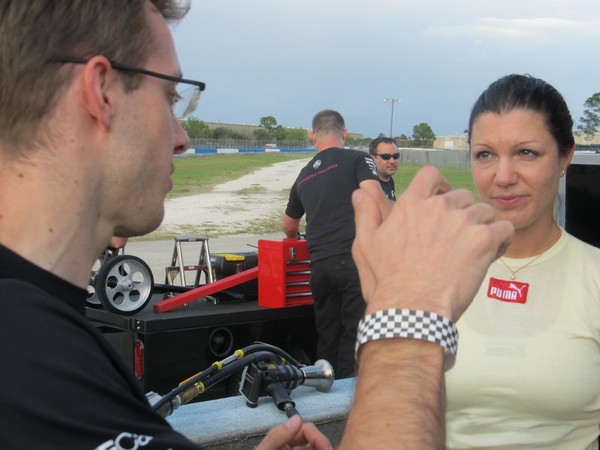 Two days before he is scheduled to practice with his Dragon Racing car in preparation for the Izod IndyCar Series' season-opening Grand Prix of St. Petersburg, Sebastien Bourdais participated in a bicycle tour of the 1.8-mile street course. That's currently his only mode of transportation around the place.

Bourdais, a four-time Champ Car champion embarking on a full-time IndyCar season, told Autoweek that as of Wednesday morning, Lotus had not provided an engine for his car. He is entered for the Sunday race. He said he expects to participate. But he also expected to have an engine by now. Teammate Katherine Legge's engine is scheduled, he said, to arrive on Wednesday.

“The only question mark is mine," Bourdais said. “We don't know. They haven't given us a date yet. That is the big question mark. The team is ready. The car is ready. It's just a matter of putting something in it that will get the car moving forward."

Bourdais said team owner Jay Penske is “a victim in all this."

“[Lotus] told us they would have seven or eight engines by the first race. But since my engine is coming . . . I don't know when, either there are spare engines they don't want to give to us or they don't have any engines at all," Bourdais added. “And that I don't know."

Dragon received just one engine during spring testing at Sebring International Raceway–and not until Wednesday night of the four-day session–severely limiting both Bourdais and Legge's test time.

“It definitely doesn't get us anywhere near where we want to be," Bourdais said, adding that he and Dragon “expect nothing" results-wise from the opening weeks of the season.

Bourdais said his team is funded for a full campaign, but he will not race at Milwaukee on June 16 because of a commitment to race in the 24 Hours of Le Mans. AutoWeek

03/20/12 Rumors are that it looks like Bourdais could be the one out of a drive. If rumors to be believed – No money for the engine due to sponsor woes. Let's hope these rumors are not true because Bourdais is a real talent.

03/20/12 Tweets coming out of St. Petersburg say one of the two Frenchman in IndyCar might be out this weekend unless sponsorship issues get resolved.