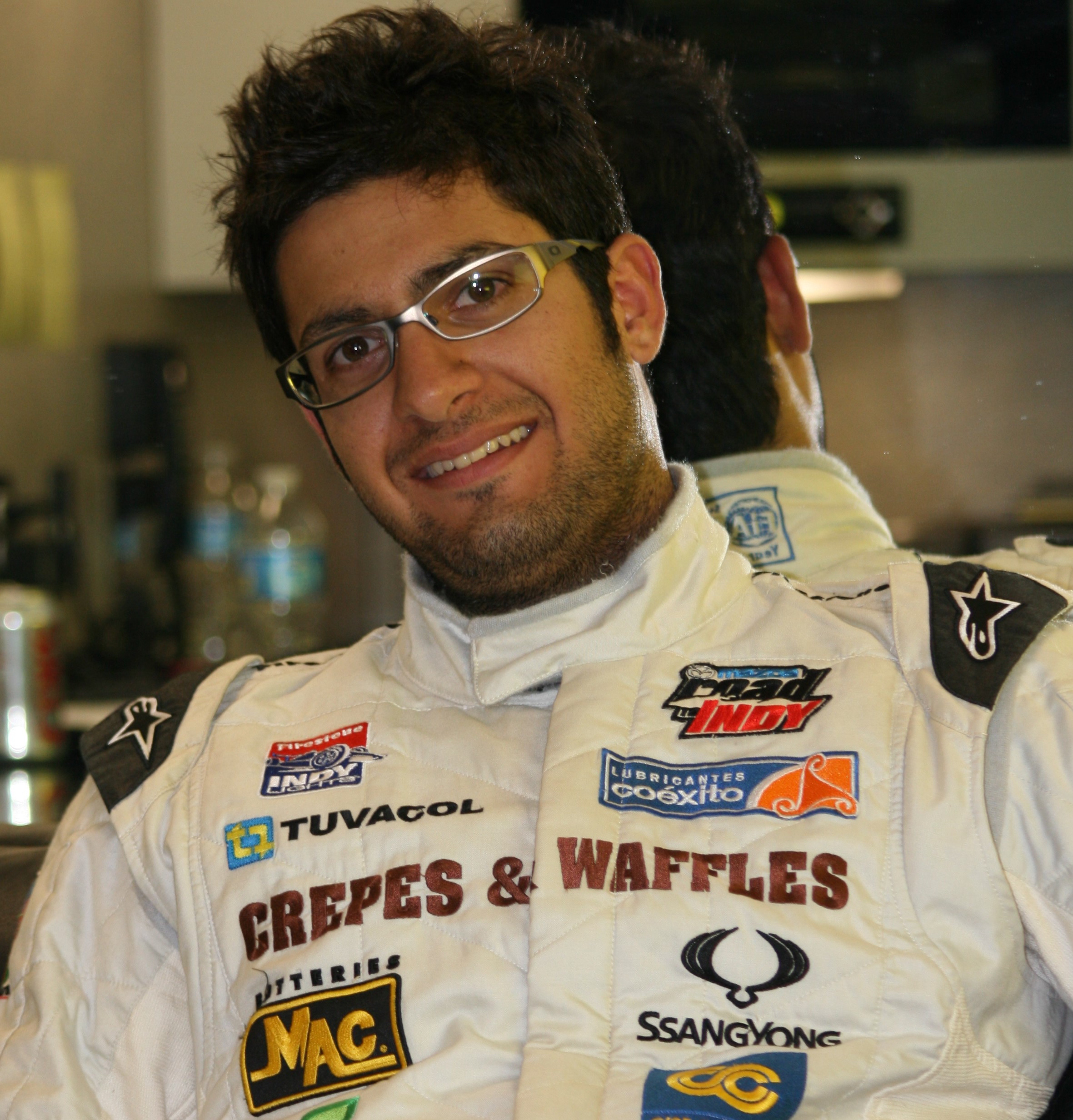 Gustavo Yacaman has options, which certainly beats the alternative for the 2012 racing season. Yacaman, who finished fourth in the 2011 Firestone Indy Lights championship with Team Moore Racing (one victory, nine top-five finishes in 14 races), said he’s “still talking to different teams in both series."

“Definitely we’ll be in the IZOD IndyCar Series or Indy Lights," said Yacaman, who this weekend is co-driving the No. 6 Michael Shank Racing with Curb/Agajanian Daytona Prototype in the 50th anniversary Rolex 24 At Daytona. “At the end of the day I’m only 20 years old so another year of Lights is not going to hurt me."

Yacaman, a native of Colombia and resident of Miami, turns 21 on Feb. 25. He tested an Andretti Autosport IZOD IndyCar Series car (the 2011 Dallara chassis) in November at Palm Beach International Raceway.

“I still have a lot of things to learn in Lights; that might not be a bad option. It’s a gamble if you go in (the IZOD IndyCar Series) this year, and being a rookie you can’t take that gamble as easily as when you’ve already shown what you can do. So we’re looking at all the options. We’ll see what happens.

It’s the first year that Yacaman is driving a Daytona Prototype in the endurance race. Jorge Goncalvez, the 2011 fifth-place Firestone Indy Lights championship finisher with Belardi Auto Racing, is co-driving the No. 6 entry.

“It’s a very exciting weekend being the 50th anniversary," said Yacaman, who won the 6 Hours of Bogota in December. “I’ve always loved endurance racing. I just like the fact of being consistent, lasting the whole race. It’s a different kind of racing than we’re used to but it’s fun. Having a roof over your head is different." IndyCar.com