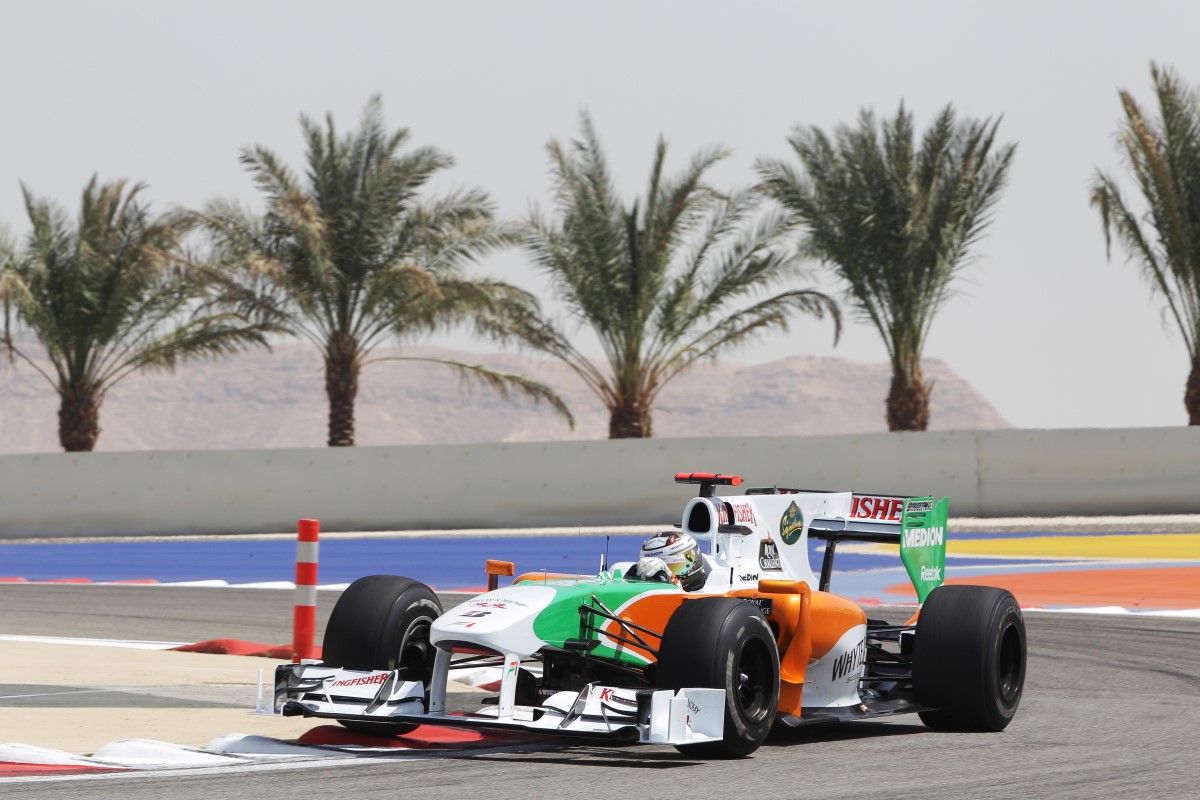 UPDATE While the F1 authorities continue to say that there are no problems with the Grand Prix in Bahrain in April, there continue to be question marks about the event because of unrest in the country. Agence France Presse reported on Wednesday that Bahraini police dispersed anti-government protesters who blocked roads in several villages as tensions rise in the run-up to the first anniversary of the start of the anti-government protests. Public Security Chief Major General Tariq al-Hassan said that “vandals" had blocked the streets and had thrown petrol bombs during the clashes on Tuesday night. The security forces made several arrests. While there are only a small minority who are causing the trouble it should be noted that the US State Department said on Monday that it was relocating embassy staff and their families as a safety precaution. It is also warning Americans travelling to Bahrain of potential unrest in the Gulf kingdom as the anniversary approaches.

“The Department of State strongly urges U.S. citizens to avoid all demonstrations, as even peaceful ones can quickly become unruly, and a foreigner could become a target of harassment or worse," the alert says.

“Spontaneous and sometimes violent anti-government demonstrations occur in some neighborhoods, particularly at night and on weekends," it said. “These demonstrations have included blockades of major highways, trash can fires, and establishment of unofficial checkpoints. Participants have thrown rocks and Molotov cocktails and used various other homemade weapons. The Ministry of Interior maintains official checkpoints in some areas and routinely uses tear gas, stun grenades, and other crowd control measures against demonstrators. The violent clashes between security forces and demonstrators can make travel in and around Bahrain dangerous without advance warning.

“The US Embassy restricts its employees from traveling to specific areas and advises all US citizens to do the same. The recent increase in violent demonstrations along the Budaiya Highway corridor has led to traffic disruptions, effectively restricting travel for those living in the area. The resulting inability to leave one’s home for an extended period poses significant safety and security concerns. As a result, Embassy employees and their dependents are being relocated to different neighborhoods. We continue to urge US citizens to follow the latest security guidance and to avoid demonstrations."

The travel advice lasts until April 19, which is three days before the race is due to take place.

This is interesting but not disastrous for the event, although any travel advisory from the British Foreign & Commonwealth Office is likely to be much more influential, as this would affect the insurance status of all the British-based Formula 1 teams. At the moment there is no travel advisory but the FCO is warning that “there has been an increase in protests and disruption across various parts of Bahrain in recent weeks. Some groups have called for a general increase in such activity in the period running up to and including 14 February (the anniversary of the ‘Day of Rage’), and one group has called for action to begin from 24 January onwards. We cannot confirm where or when any such activity or resulting disruption will take place, but you should maintain a high level of security awareness, exercise caution, particularly in public places and on the roads, and avoid large crowds and demonstrations".

There is no doubt that the authorities and many others in Bahrain want the Grand Prix to happen, but the radical opposition is also aware that a big international event would provide them with an opportunity to stir up trouble as any potential protests at the F1 track would have to be stopped and that would likely result in conflict. As the extreme opposition is trying to stir up trouble, this suits them well. Joe Saward

Amid reports the situation inside the troubled island Kingdom is still not stable, the Sakhir circuit's boss Zayed al-Zayeni last week insisted Bahrain and the world "has to move on". But not everyone agrees, including the US State Department which has warned Americans of political unrest.

"The department … strongly urges US citizens to avoid all demonstrations, as even peaceful ones can quickly become unruly, and a foreigner could become a target of harassment or worse," the new alert about Bahrain reads.

The department also said US staff are being moved to safer locations.

"We expect that planned and spontaneous demonstrations will continue," a US spokesman told the Gulf Daily News.