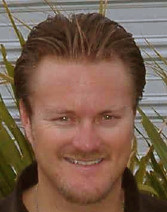 UPDATE #3 This rumor is upgraded to 'fact' with today's announcement.

Beaux Barfield said his move to Indianapolis came at a bad time. He left Houston on Tuesday, the 25th birthday of his girlfriend, Cody Unser, the daughter of two-time Indianapolis 500 winner Al Unser Jr.

"(Leaving) was giving her the worst-possible birthday present," Barfield said while driving through Memphis.

The trek north was to culminate this morning at IndyCar's headquarters, where Barfield planned to sign a contract to become the sport's race director, which includes officiating the 500. He will replace Brian Barnhart, who held the position from the middle of the 1997 season to the end of last season.

Barnhart was removed amid several controversial calls, including a restart of the New Hampshire Motor Speedway race in August amid wet conditions. A half-dozen cars crashed, leading Barnhart to abort the restart and end the race.

Since 2008, Barfield, a former race driver, has been the race director of the American Le Mans Series, a sports car organization that juggles multiple classes of high-performance cars and manufacturers. Before that, he worked on the officiating team at Champ Car, which was based in Indianapolis before being absorbed by IndyCar.

Barfield knows what he is getting into: Cold Indiana weather and a job with plenty of heat.

"I'm walking into this job very respectfully," he said. "I know it's going to be a big job." More at Indy Star

01/03/12 Just to be clear, this rumor is pretty much 'fact,' but we have a policy of not making it so (fact = news) until the body or organizations makes their official announcement, which for this rumor will be tomorrow.

01/03/12
SPEED.com reports (rumors) that Beaux Barfield will be named to replace Brian Barnhart in a Wednesday press conference at the Indianapolis Motor Speedway.

The new director of racing for INDYCAR has no direct ties to any of its owners, manufacturers or teams but Beaux Barfield has been connected to open wheel racing and officiating for the better part of 20 years.

SPEED has learned that Barfield will be named to replace Brian Barnhart in a Wednesday press conference at the Indianapolis Motor Speedway.

After interviewing Scott Pruett, Tommy Kendall and Wally Dallenbach Jr. for the position, INDYCAR CEO Randy Bernard opted for Barfield, who has spent the past decade in race control at Champ Car, Trans Am and ALMS.

Bernard was vacationing in Mexico and unavailable for comment while Barfield would only acknowledge he'd been interviewed for the job held by Barnhart since 1996.

The 40-year-old native of Houston served as a Race Steward in Champ Car from 2003-2007 with Tony Cotman before becoming chief steward of the Formula Atlantic series in 2006 and 2007. He was hired as race director for ALMS sports cars the past four years. Speed.com