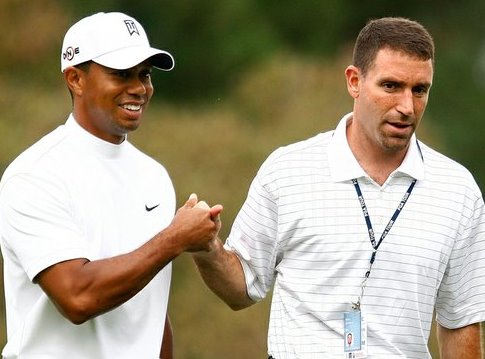 UPDATE Danica Patrick is sticking with IMG in the wake of agent Mark Steinberg's split with the sports management giant.

And though Patrick hasn't made a decision on the future of her racing career, she says her agents officially are free to listen to offers. Many racing contracts contain clauses that prohibit drivers from negotiating new deals with rival teams until a specific date, but Patrick said she's under no such restrictions.

"That's open," Patrick said Friday at the Milwaukee Mile. "My agents are working."

"I don't really know what they're doing, to be quite honest," Patrick said. "I get updates randomly. But for some reason, they don't like to tell me. They like to just let me do my job and they let me know when there's something of significance. Otherwise, they don't tell me."

05/26/11 Mark Steinberg, the agent for Tiger Woods and Danica Patrick, is leaving IMG, the global sports fashion and media company. He may be taking his star client with him.

In a brief statement issued late Tuesday, IMG stated that the company has named Guy Kinnings and Robbie Henchman as the new co-heads of IMG Golf. The two had served as senior vice presidents for the company’s European and Asia Pacific golf operations, respectively. Alastair Johnston, vice chairman of IMG, will oversee the business of the division.

IMG has represented Woods since he became a professional, and Steinberg has guided the ascent to his perch as one of the world’s wealthiest and most marketable athletes. However, in the wake of an alleged sex scandal and divorce, Woods is far less profitable than he used to be when his annual income was roughly $100 million a year. Multiple companies have dropped their endorsement deals with him.

Meanwhile, a person familiar with the situation said Steinberg’s contract was set to expire next month and the company decided not to renew the contract. Steinberg was among the highest paid employees at IMG, with a salary topped only by that of the company’s chairman, Ted Forstmann.

Steinberg can take Woods and Annika Sorenstam with him if he continues to work as an agent, but a non-compete agreement will prevent him from taking other IMG clients, according to a person close to the situation. Wall Street Journal

[Editor's Note: This is very significant relative to Danica. Mark Steinberg was Danica's co-agent at IMG. The other co-agent, Alan Zucker remains. This was the announcement of Zucker's latest promotion in January. The reason it is so important to Danica is that Steinberg was supposed to be managing the competition side of Danica, while Zucker concentrates on the endorsement side. With Danica's agent leaving mid-season (and Danica may not be able to join him), it will complicate the decision of IndyCar or NASCAR.]