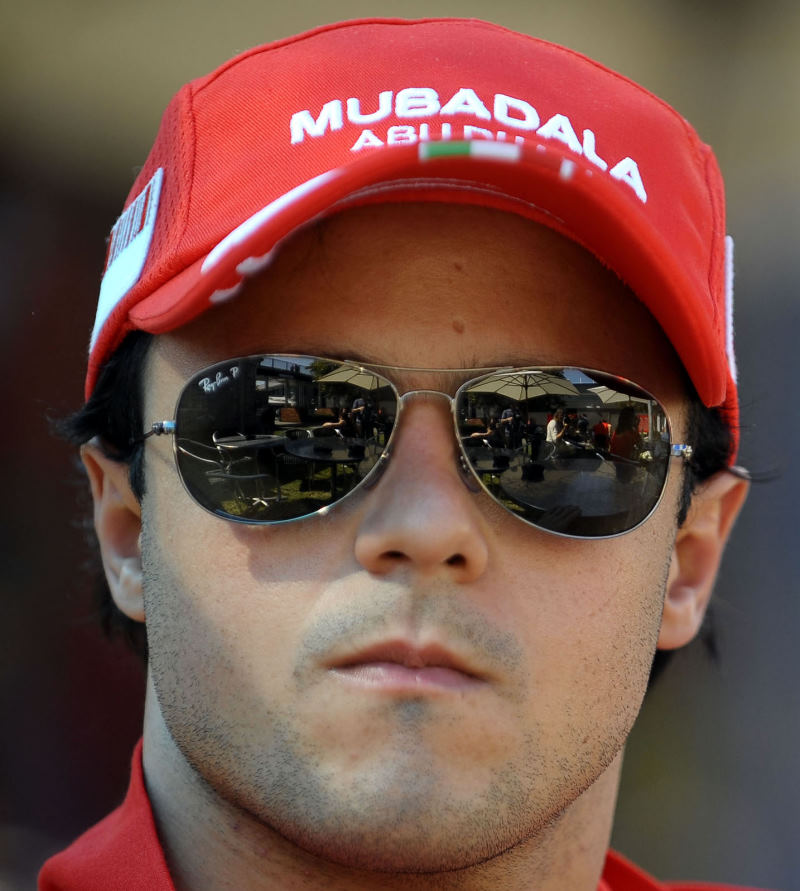 UPDATE #4 (GMM) Ferrari on Thursday came close to confirming that Felipe Massa will be retained as Fernando Alonso's teammate for the 2011 season.

Brazilian Massa's contract expires in December, and it has been rumored that Robert Kubica or Mark Webber are being lined up as potential replacements.

The 29-year-old has struggled with the F10 car alongside Alonso so far this season, but when asked if Ferrari will field an identical lineup in 2011, team boss Stefano Domenicali answered: "Yes, I think so."

The Italian indicated that Maranello based Ferrari prefers to work with Massa to overcome his difficulties rather than oust him.

"Massa was struggling with the hard tires in certain conditions in the first part of the year, so I think that is the area we need to work with him so he has more confidence in the car," Domenicali is quoted by the BBC.

"It's easy to criticize a driver when he is not performing well, so we need to make sure the package for him is the best."

At Istanbul Park on Thursday, Pole Kubica said it is "too early" to talk about his whereabouts for 2011, but indicated that he is happy at Renault.

05/26/10 (GMM) Luca di Montezemolo has indicated that Felipe Massa is on the road to having his Ferrari deal extended beyond December. The 29-year-old Brazilian has driven for the famous team since 2006, alongside highly rated teammates including Michael Schumacher and Kimi Raikkonen.

But so far in 2010, Massa has struggled with the F10 car, while team president Montezemolo told La Gazzetta dello Sport that he is "very happy" with new long-term recruit Fernando Alonso.

Amid rumors Ferrari is considering replacing Massa with Robert Kubica or Mark Webber, Gazzetta correspondent Pino Allievi asked Montezemolo what Massa needs to do in order to keep his seat.

He answered: "Continue as before, with the same spirit, thinking of his interests but also those of the team."

05/25/10 Rumors began at the recent Monaco Grand Prix that current Ferrari driver Felipe Massa could be involved in a move to the Red Bull Racing team for the 2011 Formula One Championship season, normal paddock gossip surrounding any driver with a contract expiring later in the season.

The rumor that Massa would be leaving has been doing the rounds for some time now however, more so after the team stated they would not be talking contracts until later in the season.

Massa has stated many times that he is not concerned by his current situation, reiterating to the Finnish press that he is more than happy to remain with the Italian team, but the fact that others are interested in his services is also a nice thing to know.

"I like it at Ferrari very much. I know everybody there and everybody knows me well," he was quoted as telling the Turun Sanomat. "However, it is always encouraging to know that there are other goods teams that are interested in me. The main objective is to continue with Ferrari, but if that doesn't work out then I will have to go elsewhere."

05/24/10 (GMM) Serious talks about the extension of Felipe Massa's Ferrari contract have begun, according to Finland's Turun Sanomat. But the newspaper also reports that Brazilian Massa's manager Nicolas Todt has held exploratory talks with other formula one teams — perhaps Renault.

Rumors have linked current Renault driver Robert Kubica as well as Red Bull's Mark Webber with the 2011 seat alongside Fernando Alonso, with Massa's current contract set to expire in December.

The 29-year-old has also been struggling with Maranello based Ferrari's F10 car.

"We have a long contract with Alonso, and we trust Massa," team boss Stefano Domenicali is quoted as saying. "He is doing a good job."

Massa said: "I like it very much at Ferrari — I know everybody and everybody knows me.

"But it is always encouraging to know that there are others with fast cars who are interested in me.

"The main objective is to continue with Ferrari," he added.

05/23/10 Mark Webber holds a joint F1 championship lead with teammate Sebastian Vettel after winning the last two grands prix, but for 2011 he could be eyeing a move to Ferrari.

"I've just won two races, back-to-back, and people are asking me where I'm going to drive next year," Webber said in an interview with The Mail on Sunday.

"I'm very close to the guys at Red Bull, we've been through a lot and I have a great relationship with them. Yet things happen and change very fast in this business and you never know what's around the corner."

"At the moment, I'm only thinking about the next race, in Turkey next weekend. The rest will take care of itself. There are hundreds of points up for grabs and I'm concentrating on the job in hand. I imagine the picture will be clearer in another six weeks or so. But what matters most is I still have a great desire driving me."