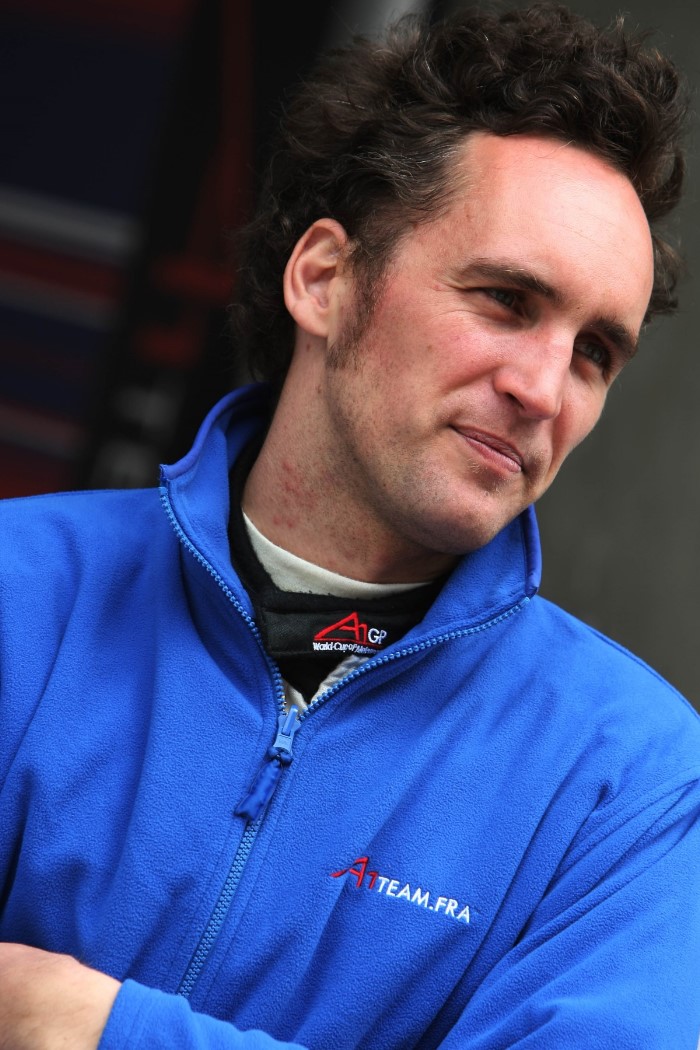 UPDATE #4 (GMM) Franck Montagny has hinted strongly that he will not be returning to formula one in 2010.

The 31-year-old Frenchman, a former test driver who contested a handful of races with Super Aguri in 2006, recently confirmed he has been in contact with the Renault and USF1 teams.

Montagny turned to endurance sports cars with Peugeot in 2009, and is now expected to return to Le Mans racing with the same French marque next year.

"F1 is magical but winning Le Mans would be realistic … and just as magical!" he wrote on his official website.

11/16/09 (GMM) Franck Montagny insists he is still in the running to become Robert Kubica's Renault teammate in 2010, with a decision due within the next couple of weeks.

The 31-year-old Frenchman, a former test driver who contested a handful of races with Super Aguri in 2006, recently confirmed he has been in contact with the Enstone based team.

Montagny told Radio Canada that discussions have been held on a number of occasions.

"The possibility is real, we have discussed it a lot of times," he said. "We will see how it is going to end. It's still a bit early."

It is rumored that Renault would like a French driver at Pole Kubica's side in 2010, after the Swiss-born rookie Frenchman Romain Grosjean failed to impress in the second half of this season.

Montagny admits he was surprised to find himself in contention for the seat at Renault, whose carmaker parent is considering its future in F1.

"I did not particularly expect to be on that list, but surprises like that can happen," said Montagny.

He also confirmed that the departure of Flavio Briatore as Renault team boss has helped his chances, as he did not get along with the flamboyant Italian.

10/21/09 (GMM) Franck Montagny has been named in connection with Renault's formula one team for a 2010 appointment.

With the struggling French-Swiss rookie Romain Grosjean's new place not secure, the authoritative sports daily L'Equipe said Frenchman Montagny's name is being linked with the Enstone based team.

Contacted by 20minutes.fr, Montagny confirmed that talks are underway.

Last month Montagny, 31 and a former Renault and Toyota test driver who raced for part of 2006 with Super Aguri, was linked with the new start-up team USF1.

Also named in media reports in connection with Renault is Bruno Senna, but it is believed the Brazilian is only in the frame for the 'young driver' test at Jerez in December.

The French sports daily L'Equipe on Wednesday said the 31-year-old, a former Renault and Toyota test driver who raced for part of the 2006 season with Super Aguri, had exchanged emails with USF1 sporting director Peter Windsor.

"They are having these kind of talks with all third drivers of the existing teams," Frenchman Montagny said. "Nothing has been signed."

Franck Montagny could return to Formula One next year with the new USF1 team. The American outfit is searching for a experienced F1 driver to put him alongside a young American Driver and Montagny’s name has just been added to the list of candidates.
According to the “friend-manager" (in his own words) of the French driver, a contact exists with Peter Windsor, this ex-Williams man who became a reporter again a few years ago for F1 Racing Magazine and a Grand Prix commentator for US channel Speed TV. Windsor is also the co-founder, with Ken Anderson, of the new USF1 Team based in Charlotte, North Carolina.
Peter Windsor really appreciates Franck since the Frenchman was the reserve driver for the Renault (2003-05) and Toyota (2007) teams, and raced for Super Aguri in 2006. He has a lot of respect for Montagny’s skill as a driver and his ability to develop a race car.
At the same time, there are discussions with two IndyCar teams to race in the US from 2010 : Andretti Green Racing and De Ferran Motorsport. Franck knows and appreciates the first one very well as he was part of it last year in the American Le Mans Series (two wins) and for his first race in the IndyCar Series last month in Sonoma, California. The second one will be new in the US based open wheel series next season after some good performances in the ALMS the last two years. Montagny and De Ferran share the same work ethic and some values – the both of them worked in F1, and Michael Andretti as well – which would allow them to do some great things in the IndyCar Series.
Franck Montagny will be back in the US for the Petit Le Mans race (September 26th) with the Peugeot Team. He finished 2nd of the last Le Mans 24 Hours in June at the wheel of the 908 HDi FAP. And we can imagine that the French manufacturer will want to keep Franck among their drivers for 2010.