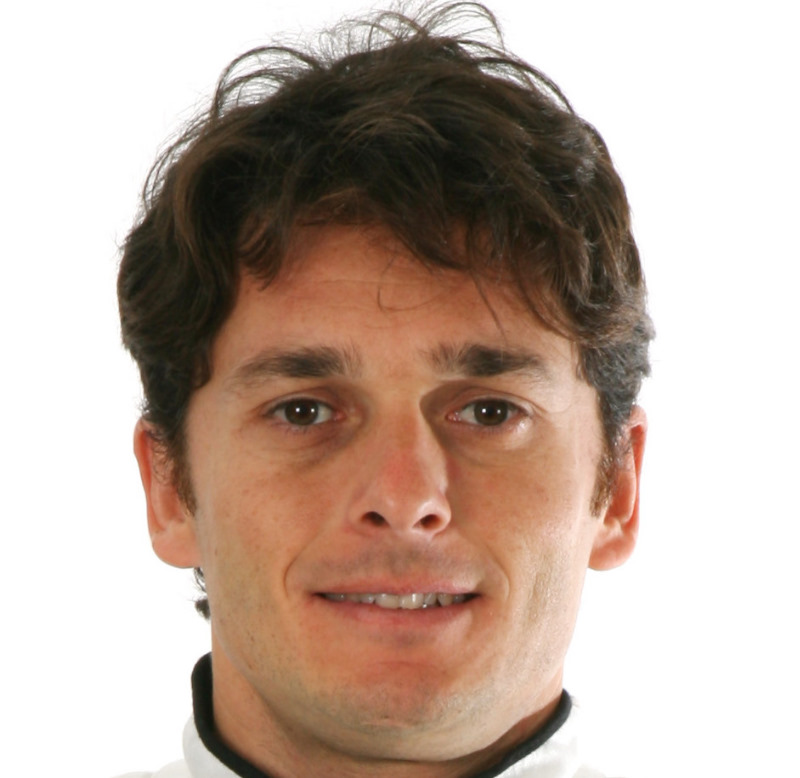 UPDATE #8 In a story we broke exclusively many days ago, both halves of this rumor are now 'fact' – see announcement.

09/04/09 In another AR1.com exclusive, and as we predicted, we have learned that Liuzzi is in at Force India. We await the announcement.

09/03/09 In an AR1.com exclusive, this rumor is upgrade to 'fact' today. Fisichella will be racing for Ferrari for the rest of the season replacing Badoer. And Liuzzi is replacing Fisichella at Force India. We await the formal announcements.

09/01/09 Force India Formula One Team would like to clarify some reports that have appeared in a section of the press a little while ago with regard to Giancarlo Fisichella.

During a press conference via telephone shortly after the team’s podium finish, in response to specific and repeated questions on the subject, Fisichella has himself clarified that he has ‘not received any invitation from Ferrari’ and went on to add that ‘he was looking forward to driving the Force India car at the Monza GP’.

There has been absolutely no change whatsoever on this front since yesterday and we look forward to Fisichella scorching the tracks at Monza.

Ian Philips’ comments do not reflect the views of the Force India Formula One Team Management since he is not the designated spokesperson for the team nor is he authorized to speak to the media. His comments should therefore be ignored. We completely deny as baseless, whatever is reportedly attributed to him in reports that have appeared in a section of the press a short while ago.

09/01/09 (GMM) If Giancarlo Fisichella puts his signature on a five-race deal to finish the 2009 season with Ferrari, he is likely to then stay with the Maranello based team next year and beyond as test driver.

The news means that not only does Luca Badoer face imminently losing his opportunity to race in injured Felipe Massa's race boots, but his long tenure as test driver dating back to the late nineties might also be over.

The suggestion is that Tonio Liuzzi is set to move into the Force India race seat full time in 2010, and immediately if Fisichella's Ferrari switch is completed ahead of the Italian grand prix.

"There is a lot of noise around about this," Liuzzi, currently Force India's test driver but reportedly already with a race contract for 2010, told GPWeek.

"For sure regarding the rumors I hope they are right. I need to drive as soon as possible because I am dying without racing. There is a high chance that something could happen (for Monza)."

It also emerges that Liuzzi, 28, is scheduled to conduct a straight-line test in the Mercedes-powered VJM02 prior to the Italian grand prix.

However, it is believed that the Monza reshuffle will occur depending on the outcome of medical tests currently being undergone by Massa in Miami.

Should the Brazilian get clearance to return to his seat sooner rather than later, Ferrari may be content to simply keep Badoer in the number 3 car for now.

It is believed that, according to a source close to his race engineer Rob Smedley, one test on Massa has already been completed, and the results were more positive than expected.

Referring to Badoer, team boss Stefano Domenicali confirmed at Spa last Sunday: "We will take a few days to evaluate his immediate future, also based on what Felipe's recovery time might be."

08/31/09 (GMM) Vijay Mallya has denied that Giancarlo Fisichella is set to imminently move to Ferrari, and slammed Force India's director of business affairs Ian Phillips for suggesting speculation about the Roman driver is true.

On Monday morning, Phillips told British radio that he expects Ferrari will make its move to sign Fisichella for the Monza weekend and beyond "in the next 24 hours or so".

"Ian Philips' comments do not reflect the views of the (team) since he is not the designated spokesperson … nor is he authorized to speak to the media. His comments should therefore be ignored," boss and team owner Mallya said in a statement.

The Indian billionaire said Fisichella has also not indicated that he is set to replace Ferrari's hapless Luca Badoer.

08/31/09 (GMM) An official of the Force India team on Monday said the team expects Ferrari to make an imminent move to sign Giancarlo Fisichella for the Italian grand prix and beyond.

The team's Italian driver Fisichella, 36, and his manager Enrico Zanarini denied at Spa last weekend that Ferrari is already interested in him as a substitute for the struggling Luca Badoer.

But Force India commercial director Ian Phillips told British radio Five Live on Monday morning: "We do expect a move will probably be made in the next 24 hours or so.

"Nobody's asked us yet but I think it's pretty likely that somebody will make a phone call to (team boss) Vijay Mallya over the next 24 hours or so asking if we would release him to Ferrari," he added.

It has been suggested that the move would involve minimally a transfer fee, or the subsidy of reported debts dating back to Force India's Ferrari engine deal that ended prematurely last year.

"I don't think they (Force India) have really got any options (except to release Fisichella)," Phillips added.

Badoer, however, is pleading for one more chance, arguing that he could drive Monza with his "eyes closed".

"If they're going to replace me it should be after Monza," the Italian is quoted as saying on Monday by the German news agency SID.

"If I would disappoint them (Ferrari) at Monza, I would be the first to say I should step aside," Badoer added.

08/30/09 (GMM) As the paddock began to empty at Spa-Francorchamps late on Sunday, there was still no confirmation that Giancarlo Fisichella will be taking Luca Badoer's Ferrari seat at Monza.

However, it was rumored that an announcement will be made on Tuesday, after the Italian broadcaster Rai reported confidently that the move was agreed shortly before the Belgian race.

36-year-old Fisichella's manager Enrico Zanarini however insists that no deal has been done, as one fan's banner in the grandstand declared that 'my grandmother is faster than Luca'.

"Nobody's been in touch," he told the BBC, while insisting that his mobile phone will be switched on "24/7".

After Fisichella qualified on pole on Saturday, the ever-astute Nick Heidfeld advised his Roman rival to "stay where you are" at Force India.

Zanarini commented: "We find ourselves in a fantastic team with a great car for Monza because if the car is quick here it will be quick in Monza."

When asked about the strong rumors at Spa, however – including the suggestion that Tonio Liuzzi would slot into Fisichella's newly vacated seat, Force India team manager Andy Stevenson said: "Could be."

Meanwhile, both Nico Hulkenberg and his manager Willi Weber on German television on Sunday also played down suggestions the 22-year-old GP2 driver might be the racer to replace Badoer.

08/30/09 Rumor has it that Italian Giancarlo Fisichella will replace the hapless Luca Badoer for Ferrari at Monza, setting up an Italian tifosi utopia – Italian driver in an Italian car in an Italian race. This will be made possible by Vitantonio Liuzzi, Force India's third driver taking over for Fisichella at Force India. Ironically Fisichella just brought Force India's best result at Spa. The move is expected to be for the rest of 2009 only.

During the Belgium GP race, the Italian broadcaster Rai reported that a deal has been struck to see Fisichella, 36, switch to replace the hapless Luca Badoer at the next race at Monza.

"Oh, that's just a rumor as I said yesterday," Italian Fisichella said on Sunday afternoon. "Tomorrow I will be concentrating on Monza with Force India overalls and that's all I can say," he added.