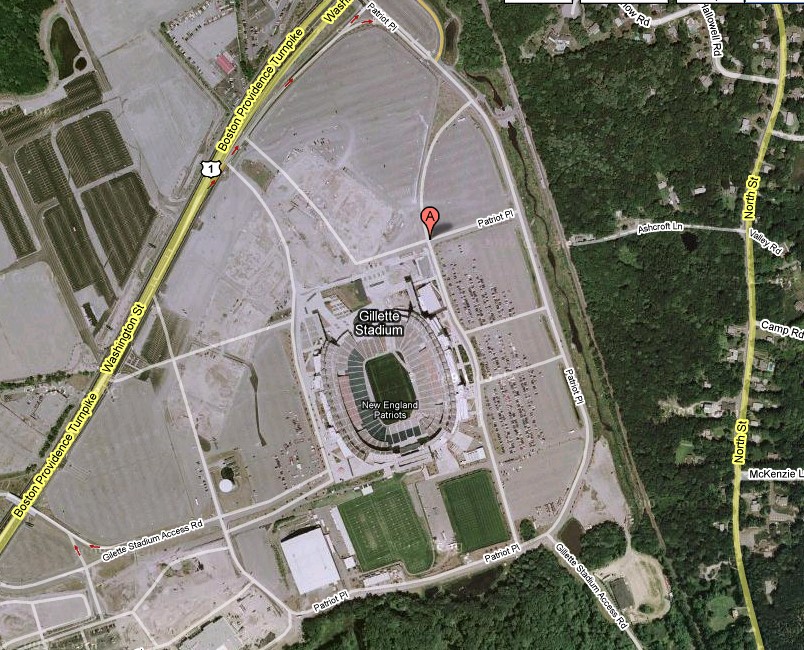 UPDATE As first rumored on AR1.com below, Jerry Gappens from New Hampshire International Speedway confirms our rumor – "What troubles me, as much as being left off of next year's schedule, is that they are exploring an option of racing in the parking lot at Gillette Stadium (home of the New England Patriots) in 2012, right here in our back yard. That would be a real slap in the face."

07/11/09 The rain has moved off and we are dry for IndyCar qualifying in Toronto…….From the rumor mill: We hear Honda wants to get all the engine manufacturers together again to see where they are because no one is committing to a new engine formula. A lot has to do with the economy. We suggest the IRL get an agreement on the engine formula now. If Honda is the only supplier initially, no worries, the others can join when their budgets allow them to, but the IRL needs to move to the new engine and new car sooner rather than later and right now they are being held hostage by manufacturers who cannot commit. They just need to agree to the engine formula right now……The cost of the existing car and engine are far too expensive, one reason being the Dallara is built in Europe and with the exchange rate on the dollar, the costs are inflated and the IRL is screwing the teams because of their allegiance to Dallara………We hear that Stan Barrett will be back in the Team 3G car for Japan but for the remainder of 2009 look for them to build a program around rookie Richard Antinucci…..Still hearing Team 3G wants to expand to two cars next year……Hearing rumors

that the future of the Richmond race is definitely questionable……We have it on good word that if the IRL does agree to race in New England again, it probably won't be on the oval at New Hampshire International Speedway where the attendance would be small, but instead on a temporary circuit laid out around Gillette Stadium. The real plus here is that the Kraft family, who own the New England Patriots, would own the IndyCar event, meaning the race can be cross-promoted with New England Patriots. With Foxboro, MA being just outside Boston, this race would have all the makings of a successful urban race. We hear they are looking for a 2011 date. We think June would be a good month to race in Boston, and if Richmond goes away, Boston can slot right in…..With talk of ISC wanting to unbundle the IRL race tickets from their NASCAR ticket package, plus them wanting to jerk them around by moving the Watkins Glen race, Homestead (already moved), and Kentucky (SMI track but has close ties to NASCAR) so they lose date equity, they are quickly learning what we have said for years, NASCAR and the France family are no friend of the IRL, they just used them like a pawn to help destroy CART and now with that behind them, the IRL is no longer needed and are viewed as a competitor to stock car racing, their bread and butter…..Hearing whispers again that Honda may move the Team Dream car to another team and if Danica Patrick goes to NASCAR or to Ganassi Racing, it will be a major double barrel blow to the AGR annual revenue stream……..Mark C. reporting from Toronto